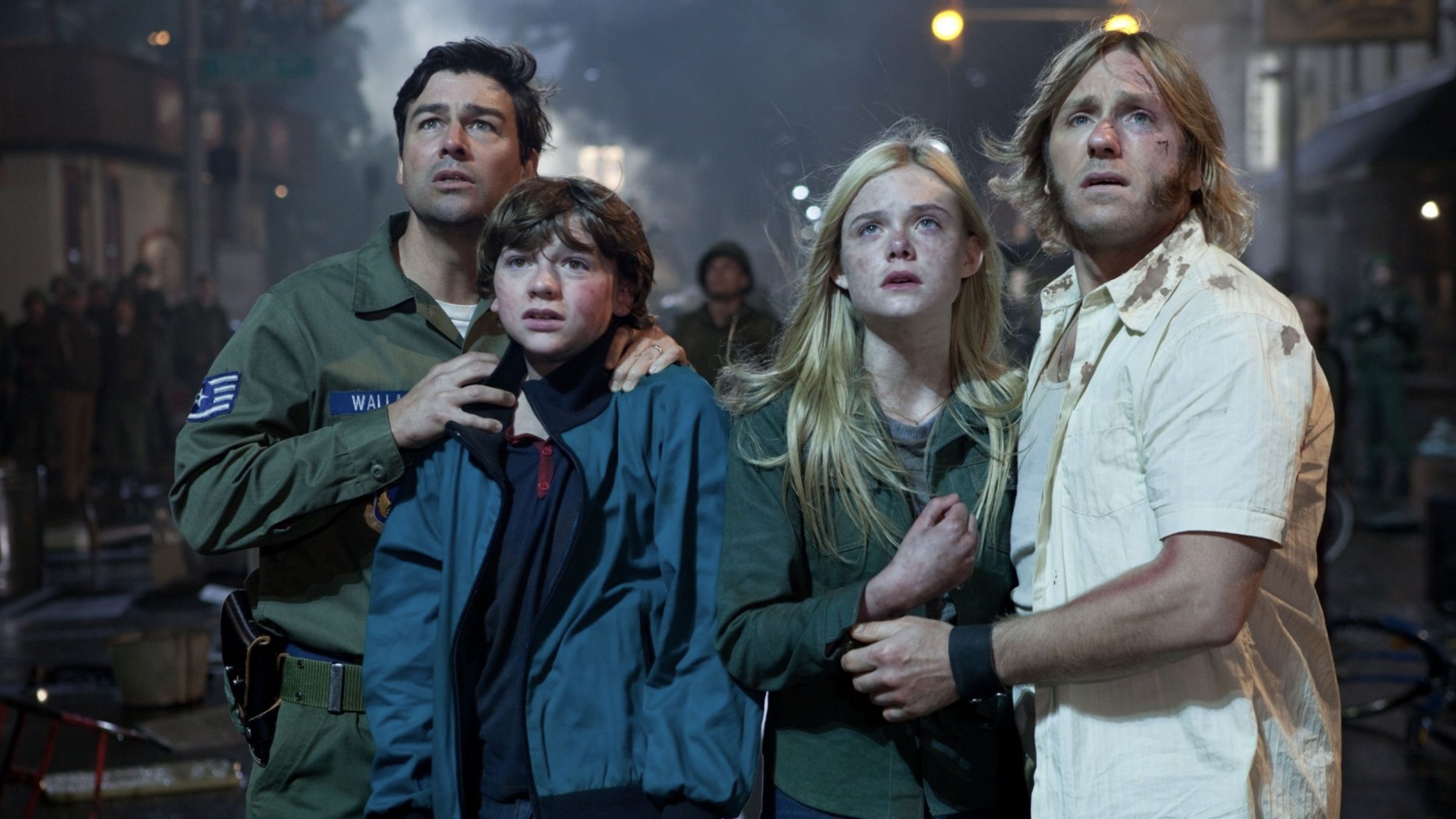 With each year there comes the anticipation that each and every movie released will be the “next big thing.” Such is the case with the J.J. Abrams movie Super 8 which, with Steven Spielberg on board, it’s clear to say there was some pressure for Mr. Abrams. For those that don’t know, Abrams was the creative force behind television’s Lost and Alias. Both of those shows have now run their course, suffice it to say that they’ve made a lasting impression on the pop culture circuit. He jumped to the big screen with the reboot of the Star Trek franchise as well as Mission: Impossible III, directing both. He’s once again behind the camera, obviously an homage to the hand held devices that he and a generation of filmmakers grew up on. But this begs the question…do we need another movie about aliens? Abrams produced Cloverfield – wasn’t that enough? Evidently not. Then again consider the names attached to this project.

The story is set in 1979 in a rural Ohio town. We meet Joe Lamb (Joel Courtney) whose mother has just died in an accident at the local factory. His father (Kyle Chandler) is the town deputy and both are trying to get their lives back to normal. Joe and his posse of friends are aspiring movie-makers with Joe being the special effects guru. So, in the midst of a scene, they witness a train derail and consequently destroy everything in its path. The government quickly comes in and assesses the situation and the town tries to get back to normal. However people start disappearing which leads Joe and his group of friends to investigate further. Joe and his friends must not only fight the forces of the government, but also try to convince Jack (Chandler) as to what’s going on.

I’d heard mixed reviews of Super 8 and after seeing it I can say that I liked the film, though I think it stands up there with some of the better “alien” movies. The majority of the cast are relatively unknown save for Ellie Fanning (Dakota’s younger sister). The plot is somewhat interesting and unique and it is a well-thought out film, I just didn’t get the feel that there was a lot of action and about half way through I essentially knew what was going to happen. Still, I’m making a mountain out of a molehill here and as much as I wasn’t too big of a fan of the movie, I wish more movies were as well written as this one. I don’t know about the repeat watching for me, but I’m sure that at least a few of these pint-sized stars will have a future in film.

I remember being duly impressed when I first watched this film on Blu-ray. A decade has passed and now we’ve got this in all its 4K glory (yes, a bit ironic considering the film’s title). That said, the “new and improved” 2.39:1 HEVC 4K image didn’t have a lot of improvement to make. A majority of the movie takes place at night, but the image is never compromised. Black levels are strong and consistent and the detail is second to none. When you can make out the individual hairs on someone’s face or see the makeup lines, it’s a good definition of clarity. The overall palette is a bit muted, I’m guessing due to the film being set in the late 70’s. Still, I’d find it very difficult to believe that anyone could find fault with this 4K image. It’s a top notch effort.

The film maintains its Dolby True HD 7.1 mix from the Blu-ray. In general a science-fiction movie will usually have a good soundtrack associated with it. In this case Super 8 lives up to that and at times this movie is loud, I mean real loud! Early on the train wreck sequence is an 11 on a scale of 10 putting the one from The Fugitive to shame. It was a real train used and I think I literally felt the room shake. This is good in the sense that I’m getting the most out of this lossless track, but bad in the sense that it woke my wife up, so be warned! Dialogue is very crisp and rich as well. Surrounds are almost always humming along and the LFE have more than their fair share of time during the 112 minute running time. There’s a lot of destruction in this film and the robust mix gives way for every speaker to lend to what is a great-sounding track.

The good news is that all of the supplements from the Blu-ray have made the cut to this 4K disc. The bad is that there are no new ones, so it’s rinse/repeat with these.

Super 8 remains as invigorating and enthralling as the first time I saw it. It’s really one I should watch more often. Paramount’s 4K offering ups the ante with an upgraded picture, though the sound and supplements are the same as the existing Blu-ray (and, of note, the Blu-ray is not included in this set). I don’t see much reason to upgrade unless you’re emassing a 4K collection in which case, this one is an integral part.