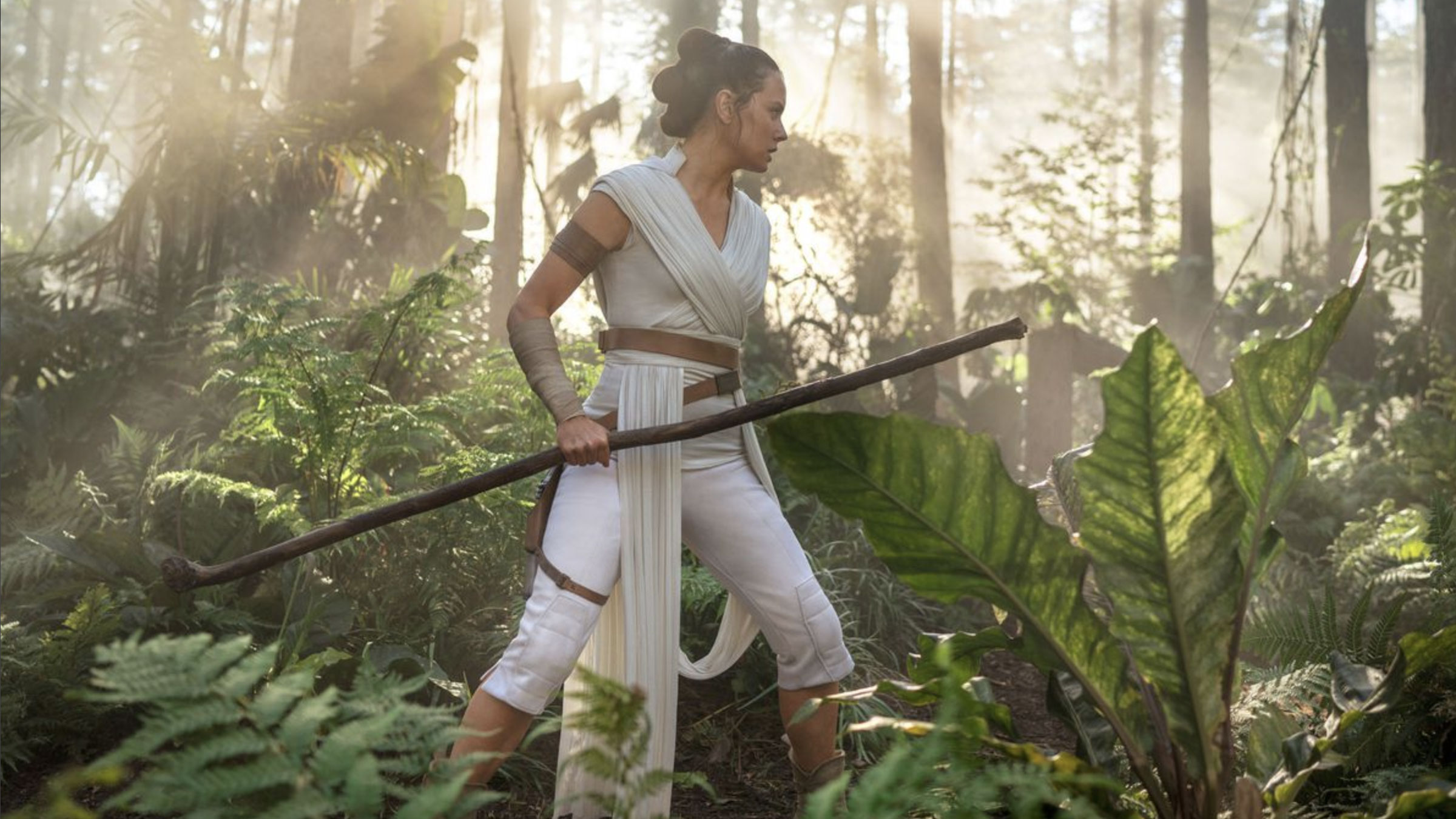 This is it. This is how and where it ends. It won’t satisfy everyone, but for those out there that have seen every Episode and every spinoff, this is where it finally comes to a close. I’ve mentioned in the past that the only movie I’ve ever walked out of was Star Wars: Episode I. Over two decades later I still don’t disagree with my decision. What began in 1977 with Star Wars: Episode IV – A New Hope (or at is it was called then, simply Star Wars) has now run its course. Episodes IV-VI were praised, Episodes I-III were not. And with the final three, we’ve got a mixed bag. Episode VII was widely hailed as being just as good as the original. Episode VIII, not so much. But we’ve arrived. Love it or hate it, as I said when I started this review – this is it.

There’s a plot, but any fan who’s seen one of these films knows where this has all been leading. It’s the battle of good and evil, the light and the dark and I won’t elaborate too much more. We all get it. Emperor Palpatine (Ian McDiarmid) has returned. He’s created “The Final Order” which is, in a very simple way, designed to conquer the entire galaxy. He needs to get rid of Rey (Daisy Ridley) to do this, though she’s still telepathically linked to Kylo Ren (Adam Driver). She’s still attempting to figure out the truth about her heritage.

We know Han Shot First, we know that Darth Vader was Luke’s father and we know why and how the Millenium Falcon came into Han Solo’s possession. This is all part of Star Wars lore and I say again, this is it. True fans of the series are going to find something to complain about with this film. Some liked the way it ended, others didn’t. I was in the middle. I usually am. But I’m looking at the big picture. I didn’t like Star Wars: Episode III when it first came out. Now it’s one of my favorites. I’m just trying to wrap my head around this thing – it’s been forty years since I first saw this! I was 4 years old! And now it’s over. Enjoy. This is what movies are all about.

Looking at both the Blu-ray and 4K offerings, they both look great. But there’s an immediate uptick in picture quality and color when putting in that 4K disc. I recall writing a review of…something at one time that said something to the effect of “…it’s as if, on some minute level, everything clicked and now all is well.” I don’t know why that comes to mind, but let’s face it – this is a Star Wars movie. The last “Episode” there’ll ever be. I would think that the way this looks on screen would be of the utmost importance, yes? Detail is razor sharp, colors seem to have a little more pop than the Blu-ray and the HDR certainly helps things with deeper, richer blacks. There’s a lot going on in this film, and it all looks fantastic.

I’d mentioned in my review of Rogue One, that some of the Disney titles have had issues with their Atmos soundtracks, notably some in the MCU series. That appears to be a slight issue here, but a quick calibration (which you shouldn’t have to do) did seem to fix what was bugging me. Again, being a Star Wars film, we know what kind of sounds to expect – the phasers, the humm of the lightsabers and so forth. Vocals are rich and crisp as well. The fleet of ships as they come across the screen, seem to resonate and the LFE earns its keep. It’s a solid, and sometimes dizzying mix that’s sure to please…eventually.

There are no extras on the 4K disc, rather they’re included on one of the two included Blu-ray’s.

I’m willing to bet that everyone who reads this review, or any review of a Star Wars film, has grown up with this in one way or the other. I remember, just barely, seeing the original in 1977. Yes, that dates me. But now, over four decades later, we’ve got a “finished product.” Yes, it has highs and lows, but I think at the end of the day we can all agree that Star Wars is to movies what Ford is to cars. The 4K disc looks and sounds amazing, though it’ll never satisfy everyone, just like the film itself.