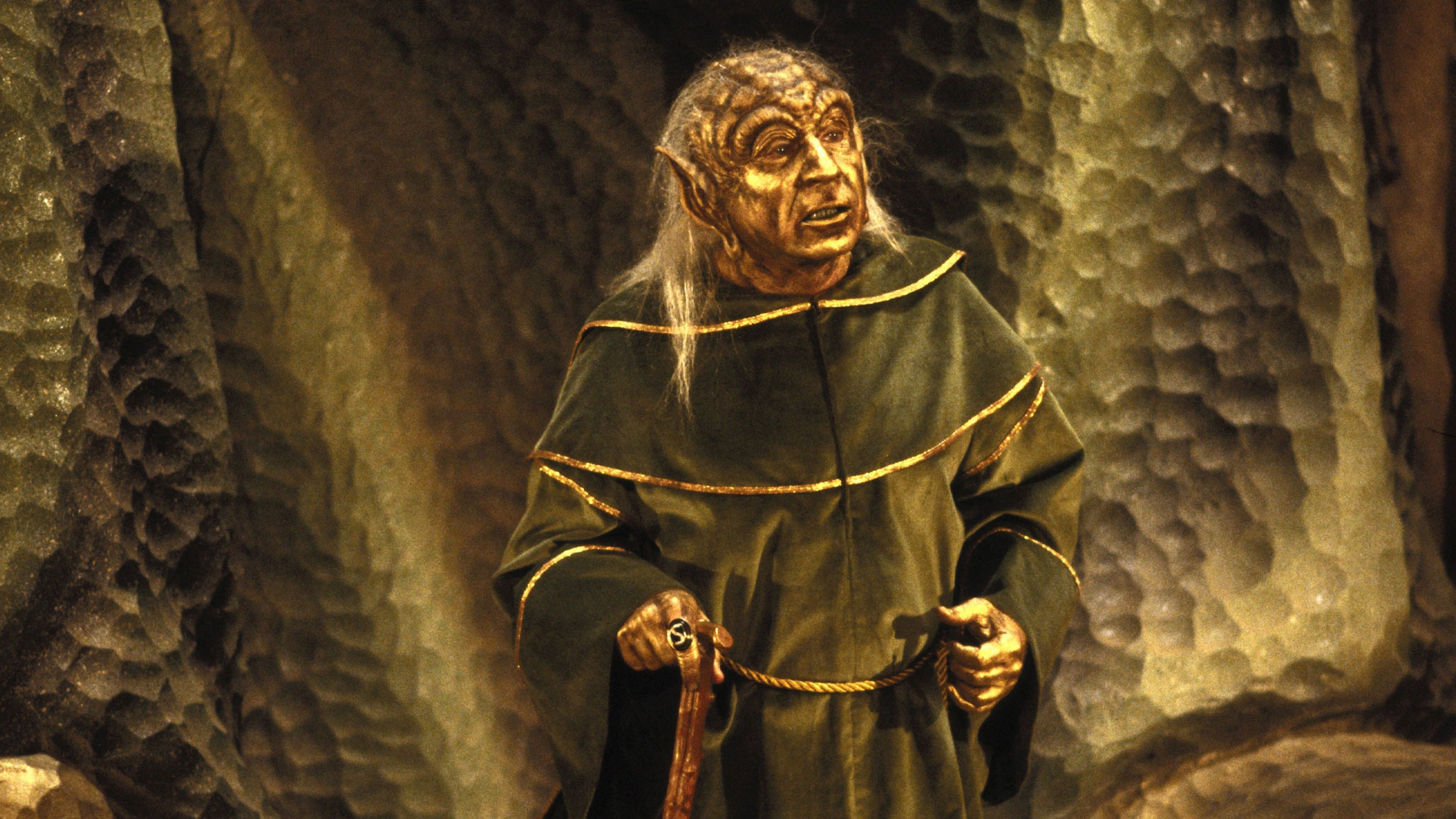 This is a tale of intergalactic heroics, adventure that spans the entire solar system and beyond, bravery above and beyond the call of duty, and merchandising anything and everything in sight to turn a buck. When Spaceball City is running out of usable air to breathe, those in command decide to kidnap the princess of Druidia, and use her as leverage to steal all of the air found there. As such, Dark Helmet (Rick Moranis), the most evil one of all, is sent to take the princess captive, but things don’t go exactly to plan. With a reward of one million space bucks to the person (or alien, or whatever) who brings the princess home, Lone Starr (Bill Pullman) sees a chance to raise the funds to pay off the vile Pizza the Hut, to whom he is indebted. With his Winnebago in top form, and his copilot Barf (John Candy) by his side, Starr is ready to complete this mission, and become a free man once again. But this mission won’t be easy, with the princess’ overly talkative robot Dot Matrix (Joan Rivers) and the princess’ unholy amount of luggage slowing them down, and Dark Helmet’s forces in hot pursuit. But with a little luck, and the advice of the sage Yogurt (Mel Brooks), the rogue troupe just might be able to save Druidia after all.

As is the tradition with the films of Mel Brooks’, Spaceballs take a genre, exposes the devices and conventions it uses, and exploits them to hilarious ends. In Blazing Saddles, the western genre was spoofed, while Young Frankenstein took aim at the horror genre. In this film, science fiction movies are in the hot seat, and the genre is skewered at almost every turn, but in a loving fashion, not a spiteful one. Some hilarious aspects of motion pictures in general are also explored and satirized, including stunt doubles and merchandising. From the plot synopsis and characters, you might think the only science fiction staple parodied is Star Wars, but that is far from the truth. Several other sci/fi series’ are mocked, including some gut busting stabs at Alien and Star Trek. You’ll never watch the chest bursting scene in Alien quite the same after this movie. From dialogue jokes to outrageous sight gags, the comedy spectrum is fully explored, and the result is one hilarious movie, especially if you love, or hate science fiction.

I’ve probably seen this movie on every format known to man. Well, maybe not Beta. At any rate, we’ve had this in 4K via streaming for a while now, but this time we’ve got a physical disc. Isn’t that nice? I found the print in good condition, with only minor debris and a touch of softness at times to complain about. But these issues never impact the viewing experience, so no real harm done there. The colors have a bright, natural presence and thanks to the varied locations used, run the full spectrum of hues. I found no problems with contrast either, as black levels performed at a high level from start to finish with no errors to mention. A much improved visual treatment and without question, one that is sure to leave fans satisfied.

A lot of times, surround remixes produce a thin, forced surround presence, which can really detract from the experience. Sometimes the result can be positive, but in numerous cases, the audio is fueled by forced use of the channels, which is a downer. The DTS HD Master Audio option here isn’t like that however, as the track keeps just the right pace throughout. You will hear the surrounds often, but the presence has a natural sound, so no worries in that respect. It is the same track that’s appeared on other Blu-ray releases, so nothing new here but it left me with no complaints.

As nice as it is to have this in 4K, sadly no new supplements were created for this release. Only the audio commentary is on the 4K disc while the remainder of the supplements are on the included Blu-ray.

It’s hard to dislike the films of Mel Brooks. Admittedly, some are better than others but generally speaking – there’s got be one out there for every movie-lover. It’s nice to have this disc in 4K, though it seems an odd choice by Kino. Then again I’m not complaining. This set gives us what we want, improved video a good selection of supplements and more.