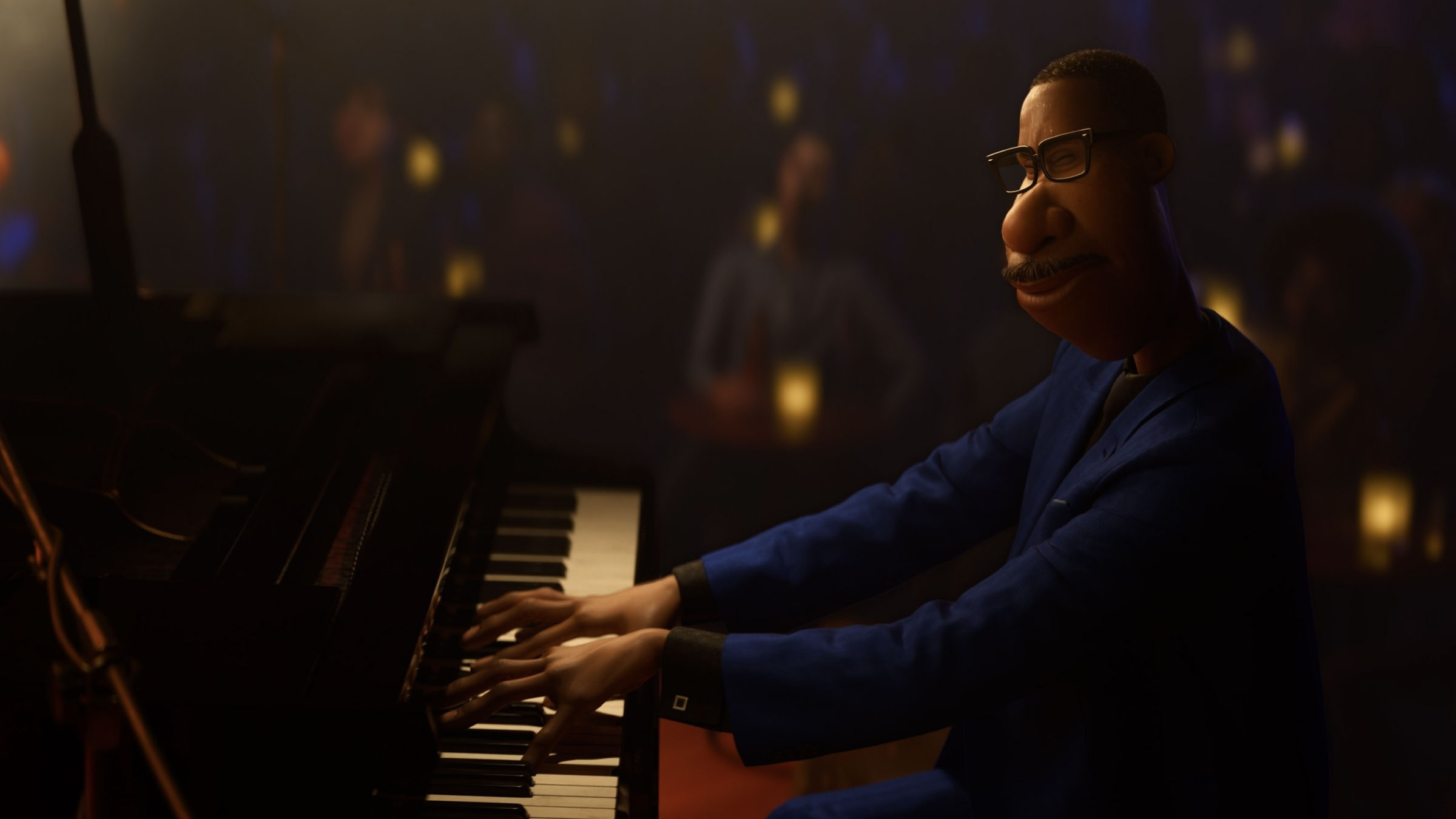 As of this writing, Pixar has been making films for over a quarter of a century. 1995 gave us Toy Story and the rest, as they say, is history. The thing about Pixar’s films is that there’s something for everyone in each film. And there’s likely a film for everyone. If not, there will be. What’s always intrigued me about their films is that they have equal appeal to both kids and adults and the themes contained within aren’t always what the little ones might watch on Saturday mornings. No, some are deep, real deep dealing with love, life and loss. Soul represents their latest effort and it contains some of the aforementioned themes. Add to that a story with a jazzy overtone and they’re really come up with something interesting.

Joe Gardner (voiced by Jamie Foxx) is a teacher and a pianist who’s never been able to fulfill his dream of being a professional musician. As fate would have it, he gets that change after a successful audition for Dorthea Williams (voiced by Angela Bassett). But fate has a way of intervening and on the day of his debut, he gets distracted and walks into an open manhole. He finds himself literally moving towards the white light, but before that happens he leaps off and lands in the “Great Before” where new souls are created and sent to Earth. He’s assigned to mentor a “blob” named 22 (voiced by Tina Fey) and has never been given the opportunity to become human. Joe purports that if he can help 22, it might give him the opportunity to return to his body – and life. But things aren’t always as easy as they seem…

It might seem humorous at the thought of someone walking into an open manhole cover, but I can personally say that it can, does and has happened. My wife did this long before we met and now has the scar to prove it (she calls it her “leg dent”). I’d never thought someone could check out of life that way, but I have to imagine there are even stranger ways to go. But, back to the film. Director Pete Docter has given us Pixar films like Inside Out, Up and Monsters, Inc. so he’s in familiar territory. The film has a darker nature and tone than I expected and, truthfully, it reminds me of Inside Out. But thanks to a great storyline, excellent voice actors and the Pixar charm – this one is simply a delight to watch.

I don’t think I’ve ever been disappointed in the way a Pixar movie looks on disc (or any other computer-generated animated film). And, certainly, Soul is no exception. From the very beginning to the final frame, there’s nothing here that isn’t the epitome of perfection. As we might imagine, several of the scenes are dark and dimly-lit which proves no challenge for the image. The 2.39:1 HEVC 4K image maintains a constant, film-like sheen all the way through. Honestly, I could go on and on, but I think at this point we all know what to expect from a Pixar movie in 4K. This one certainly doesn’t disappoint.

And, from the audio perspective, what we get is 7.1 channels of goodness courtesy of the Dolby Atmos soundtrack. I often listen to jazz and I tell you, nothing sounds quite like the subtle nuances like the crashing of a symbol, the deep “twang” of a guitar string or the somber, yet effective sound of the piano. Soul provides all of that and I just sat back, relaxed and let it all seep in. Vocals are, as expected, top notch with zero distortion. Surrounds are surprisingly active that creates a wonderful sense of atmosphere. As we might expect – this delivers.

Disney’s three-disc version of Soul comes with supplements on two of the discs (the Blu-ray’s) while no features have been added to the 4K disc.

It takes a lot of work to make a “bad” Pixar movie. And this isn’t it. This is great. It’s up there with some of my favorites like The Incredibles and Up. The disc is reference-quality in terms of audio and video and with two discs of extras to choose from, this one hits all the right notes.