Comic book films aren’t going anywhere. That’s fine. I enjoy (most) of them. But as more and more are made, both the DCU and MCU have to reach further and further into their arsenal of “heroes.” This is both good and bad. It’s good in the sense that we’ve got films like Guardians of the Galaxy that likely would have never been made had this genre become so popular. Looking at the DCU side of things (which Shazam! is a part of) the story is the same. We’ve had multiple versions of Batman and Superman and are just now getting to other stars like Aquaman and Wonder Woman (I would have to assume that a Flash movie is in the works, if not it should be). But the thing with the DCU is that it’s, well, rather all “doom and gloom.” It’s depressing. Shazam! injects a bit of much-needed humor into this fledgling franchise. But who is Shazam and why wasn’t he a part of Justice League?  Hmm

We get a bit of a backstory when a wizard (Djimon Hounsou) searches for a “pure of heart champion” on who he can bestow his powers. His first choice doesn’t work out. Years later he tries again with a foster child, Billy Batson (Asher Angel). It takes. After some history of Billy, we finally see what he can do. With the utterance of a word, you guessed it…Shazam! he can turn into an adult with multiple powers. The only thing is he doesn’t really know what they all are.  Of course, we need an antagonist and that’s in the form of Sivana (Mark Strong) who’s out to destroy Billy and take the powers bestowed upon him.

If you take the movie Big and maybe mix it with the early 80’s television show The Greatest American Hero, you’d have a good idea what to expect. And I’d heard good things about the film, have been a fan of Zachary Levi for years and Chuck is one of my favorite shows. All the elements were in place. So seeing him as a superhero was a bit odd. I wanted to see the same awkwardly gawky character I saw in Chuck. Then again that was a dozen years ago. No doubt Levi plays the role with his trademark wide-eyed enthusiasm, but it gets a bit old. This “Wow! Look what I can do!” shtick tends to wear a bit thin. Ultimately, however, I enjoyed the movie and I’m sure given the critical and commercial success of it we’ll see more of Shazam! And his friends.

I believe we’ve hit a point of diminishing returns when it comes to how good some of these “new to the format” films look. It’s really hard for me to recall when I was let down by the way a new movie looked on disc. When it comes to superhero movies, it’s a bit of a mixed bag. On one hand, there are those that are special-effects laden and those can go either way. Shazam! isn’t a film that relies too heavily on those effects (though they are prevalent) and, as such, has a more naturalistic feel to it. The 2.40:1 HEVC 4K image is nothing short of spectacular showcasing the very best in detail, color range and a smooth sheer that looks stunning. Looking at the texture in Shazam’s suit, the detail of the city of Philadelphia (ok, Toronto) and so on. It’s breathtaking. I’m left pretty speechless and can only say that viewers will be most pleased with the visual effort here.

And when it comes to a superhero movie, we know there’ll be a battle between the good guys and bad. And that battle will most likely wreck part of a city. That all happens and when it happens with a Dolby Atmos soundtrack, good things also happen. Truthfully, no punches are pulled in regard to how this sounds. The atmospheric mix simply gives us “balls to the wall” action in most of the third act. It’s a testament to how much a good soundtrack with some amazing effects can really add to the allure of a film. When my head turns to follow a punch or someone getting thrown through a building, the mix has done its job. And this is one good mix.

One can only read and “hear” so much about a film that’s critically-acclaimed. On that alone, the bar is set fairly high. Admittedly I’m more of an MCU guy (I just never got into DC comics), but it’s good that their universe is expanding. I also think that the DCU needed an injection of humor and this film did just that. Warner’s disc checks all the boxes with superior sound  (Dolby Atmos) and a reference-quality visual presentation. The supplements are just enough to warrant a purchase. 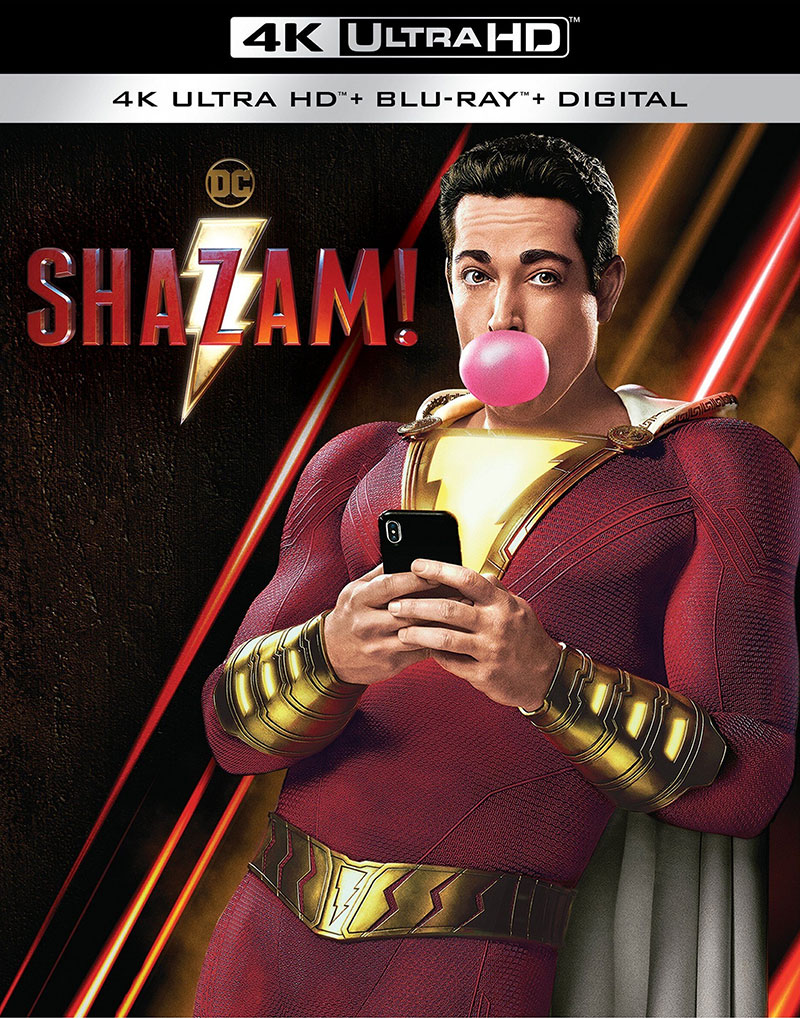