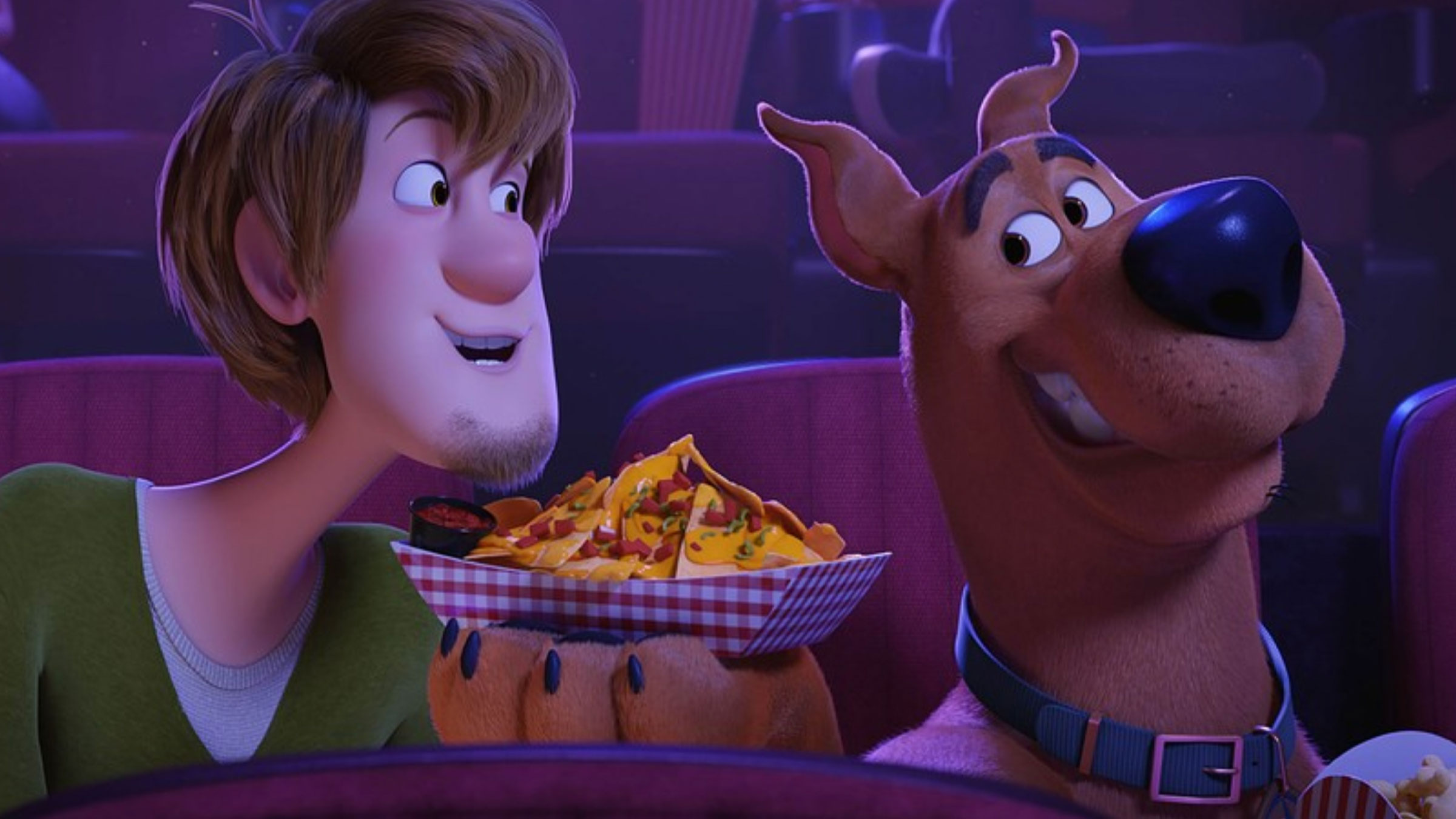 The origin story. Thank you comic book movies, for introducing the rest of the world to where (insert name here) came to be. In a way, it’s a good way to get to know the person in question. The “person” in whatever case, being the titular character. We all know how Superman came to be, as we do with Batman and so forth, but everyone’s got a story. We all came from somewhere. So isn’t it about time we learned how Shaggy met up with Scooby Doo and Daphne, Fred and Velma? The cartoon is half a century old and we don’t know how this ragtag group of mystery solvers ended up together. All we really know is that they drive around in the world’s coolest van and like to take masks off villains. The point is, there’s more to Scooby Doo than meets the eye and, damn it, we’re going to get to the bottom of this mystery once and for all.

We meet a pup homeless pup named Scooby Doo (voiced by Frank Welker) who meets a lonely young boy, Shaggy (voiced by Will Forte). The two join forces with some aspiring young detectives Fred (voiced by Zac Efron), Daphne (voiced by Amanda Seyfried) and Velma (voiced by Gina Rodriguez). This group would, of course, become Mystery Inc. And with a few hundred cases under their belts, they now face the biggest and most challenging mystery of their careers – a plot to unleash the legendary ghost dog Cerberus upon the world. Add to this that the gang discovers that Scooby has a secret legacy and a destiny greater than anyone could have ever imagined! Will Mystery Inc. be able to save the world?

There’s a generation of kids, a few actually, who grew up on Scooby Doo. I was one of them. I could never tire of the adventures and it wasn’t until I was older that I learned about some of the “intricacies” contained within the show. I’ll leave those to your imagination. Scoob!, however, is just fun. It’s meant for a younger audience, but I’m willing to bet that when Scooby Doo is mentioned, it brings out the child in all of us. The film was originally scheduled for theatrical release, but was then moved to a home video release (for obvious reasons). It’s got an all-star cast of voices and at a scant 94 minutes, isn’t that much of an investment. So, fellow crime-solvers, the ultimate mystery is now solved – we know how Shaggy met Scooby. And all is well.

I’m of the mindset that any movie that stems from a computer-generated source, isn’t one that really needs a 4K release. But I don’t make those sort of calls. What I do know is that it’s quite amazing how good Scoob! looks on my screen. The 2.39:1 HEVC 4K image simply sparkles at every turn. The texture (fur) on Scooby looks lifelike and it’s a far cry from the original cartoon episodes we’ve all seen so often. Black levels are strong, as is contrast and the level of detail is off the charts. And the included Blu-ray doesn’t look bad either. You know what you’re getting with this one, so prepare to be mesmerized by its beauty.

By and large, a lot of studios will release a Blu-ray with a DTS HD Master Audio mix and the 4K version (if available) gets a Dolby Atmos or DTS: X mix. Well that’s not an issue here as both formats get the same DTS HD Master Audio track. And it’s not a bad thing. Vocals are sharp and crisp, I always like to see if I can guess which actor is voicing their respective parts. And I’m usually wrong. Directional effects are nearly constant and the front stage is always humming. This is a pretty good-sounding mix. Enjoy!

Scoob! is harmless fun. It’s good to see that the franchise is still going strong after 50 years. The movie was light-hearted and enjoyable and is chock full of A-List talent. It looks and sounds amazing and is sure to please any viewer.