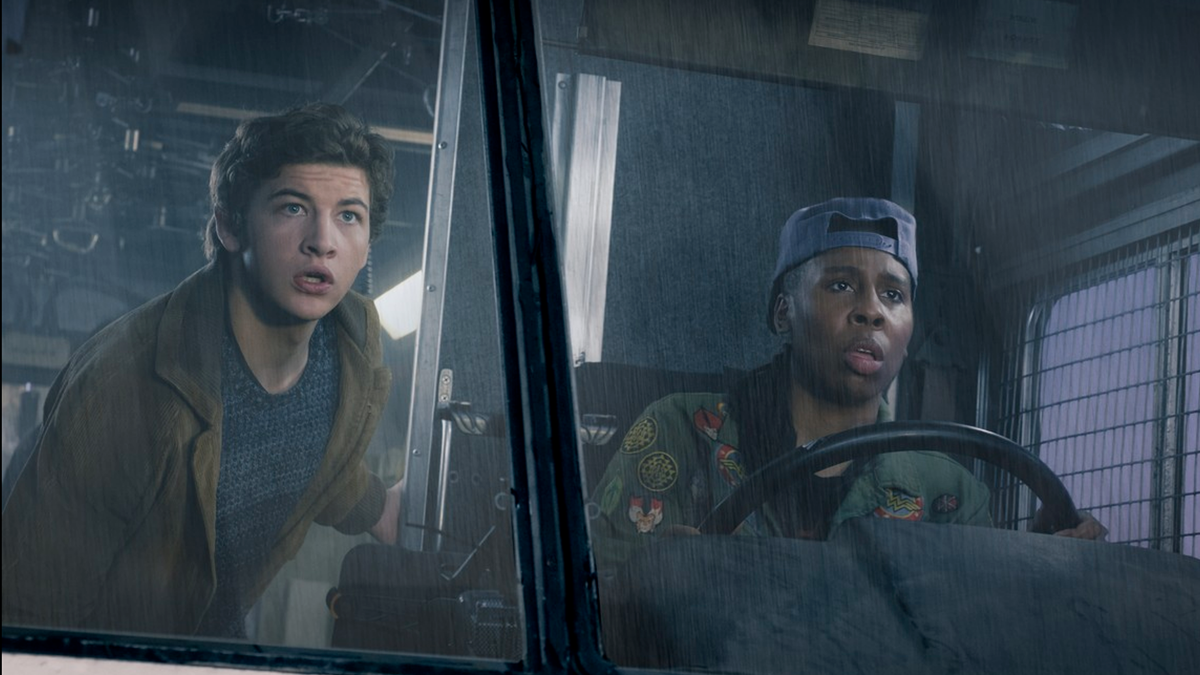 Depending on who you talk to, Ready Player One is either one of Steven Spielberg’s best films or one of his worst. I’ve got a rather interesting history with the novel (that I’ll apply to the movie). My wife had some store credit at Barnes and Noble and bought me a book. Which one? I think we know the answer to that. However, in spite of her benevolence, my response was “Uh, well, I’m not much of a reader. I appreciate it, but you can probably take it back.” Yes guys, that’s probably not the best way to respond to your spouse when she does something nice for you. Nevertheless, the day arrived when the movie showed up and, suffice it to say, we had a nice little chuckle. That said, the film is a throwback to the 80’s and more pop culture references than you can shake a stick at. Ironically, or maybe not since I’m sure it was discussed, it’s a decade in which Spielberg and his films flourished with favorites like E.T., Raiders of the Lost Ark, Gremlins, The Goonies and Back to the Future just to name a few. Yes, I realize Spielberg didn’t direct all of those, but he served as producer for several – the man had a hand in everything in the Reagan era.

With Ready Player One, we find ourselves a few decades in the future where most of humanity plays a game called OASIS. This allows them to choose their own avatars which themselves are inspired by popular games, comics, movies, etc. Halliday (Mark Rylance) is the leader of OASIS, though his death leaves an Easter Egg hidden within the game. Whoever manages to find this Easter Egg will gain total control over OASIS and will get his fortune, around $500 billion dollars. Not bad. Wade Watts (Tye Sheridan) is among those who’s interested. He sets out to unlock the mystery of the game, but is joined by Samantha (Olivia Cooke), another gamer. There has to be an antagonist and thus we’re introduced to Sorrento (Ben Mendelsohn), the head of a corporation that employs hundreds of gamers in an effort to find the egg. His goal is to win – at all costs.

The film is full of references to ranging from the late 70’s to the early 90’s and I’ll avoid listing any of those here as I don’t want to spoil the fun. Suffice it to say that if you grew up in that era, you’ll get a kick out of seeing these things from your past (at least I did). Working from the 2011 novel by Ernest Cline, Ready Player One knows who and what its audience is and Spielberg was the ideal person to direct this film since, well, he’s mainly responsible for most of the imagery contained within. There aren’t a lot of big names in the film, though Academy Award winner Mark Rylance does turn in a brief, but memorable performance. Still, if going retro is your thing, then you’ll find yourself right at home here.

There are a few different versions of this floating around, the one reviewed here is the Ultra HD/Blu-ray combo pack. Right off the bat, it’s clear (sorry, I couldn’t resist) that the viewer will be in for a treat. The 2.39:1 HEVC 4K image stuffs so much into the picture, you nearly need a 4K display to decipher it all. Ok, not really, but you get the idea. Colors pop, blacks are solid and there’s so much detail in every shot, it nearly merits a second viewing just to take it all in. Granted, some of the “real world” scenes do pale in comparison to those that take place in OASIS, but there’s really nothing I can find to complain about here. It’s beautiful – plain and simple.

It seems that these Dolby Atmos soundtracks just keep getting better and better. I’d just recently watched Fury and figured that was the paramount of what my system was capable of. Nope. I think we’ve got a new champion in my collection. Ready Player One pulls no punches with the atmospheric mix. The directional effects have a dizzying sort of allure to them that really brings you into the film. Not many soundtracks can say that! Vocals are pure, rich and crisp and the LFE earn their keep here as well. It’s a mix that’s what your home theater has been waiting for.

Steven Spielberg has directed enough films that there will undoubtedly be some that rank among everyone’s personal favorites. For me, Ready Player One wouldn’t be at the top, but near it. It’s fun and if you’re a child of the 80’s (and I am), then you’ll love all the throwback references that you grew up with. Warner’s Ultra HD/4K offering is nothing short of perfection. The visuals and audio are simply on another level (pardon the pun). It comes highly recommended.