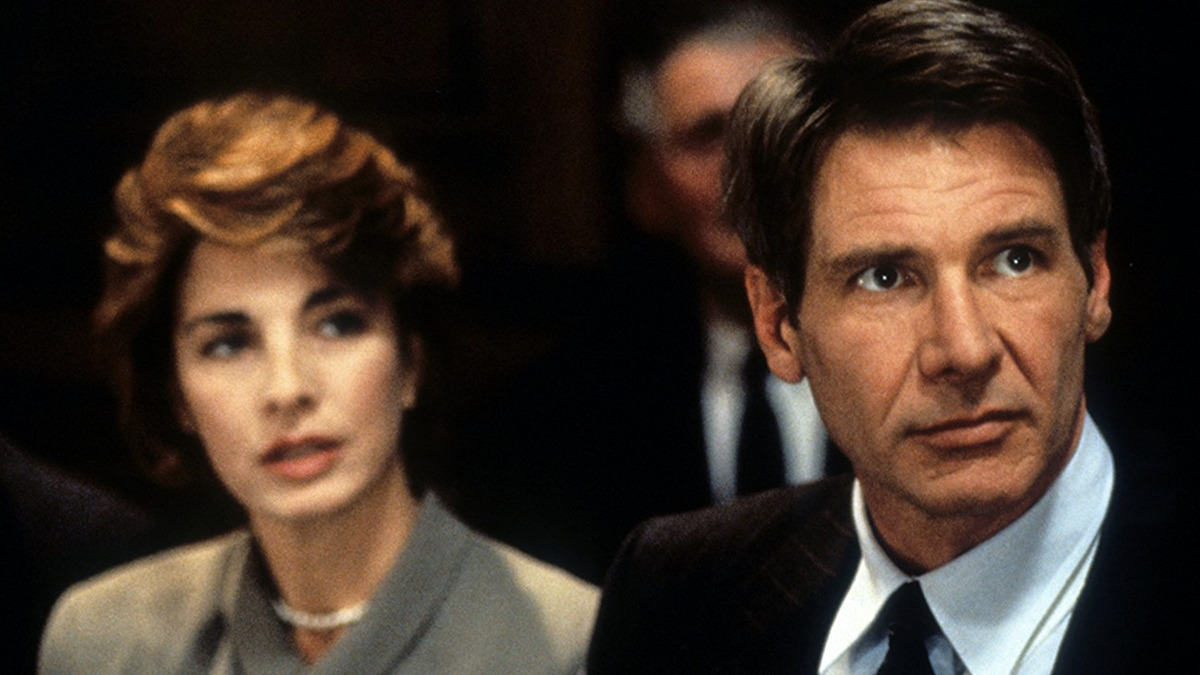 Though not necessarily a “sequel” to it’s predecessor (The Hunt for Red October), Patriot Games found itself as somewhat of a hit on its own merit. We find the familiar character of Jack Ryan now played by Harrison Ford who replaced Alec Baldwin, who, at the time was thought to be somewhat difficult to work with and a prima donna. Truth be told, he was off to play Stanley Kowalski on Broadway in A Streetcar Named Desire. In any case, Patriot Games remains my favorite of the Jack Ryan thrillers and though we don’t really know who will end up playing Ryan in future movies (he’s had three leading men in only four movies); this has all of the right elements that made it a hit at the time and a movie that will most likely stand the test of time. With the Cold War over, this movie finds itself far removed from the submarine-type atmosphere of Red October. Ryan, who is now played by Ford and his wife (now played by Anne Archer and not Gates McFadden of Star Trek: The Next Generation fame) are a family and Jack has now quit the CIA. Or so he thinks.

While in England, Ryan (Harrison Ford) uses his sheer instinct to thwart a terrorist attack on Lord Holmes. Ryan kills the brother of the leader of the attack, Sean Miller (Sean Bean) and it’s now his mission in life to avenge his brother’s death. Ryan is treated as a hero, even awarded a medal of honor; but thinks nothing of it as he and his family go back home to Annapolis, MD and try to resume their lives. The CIA comes knocking at his door in the form of Admiral James Greer (James Earl Jones). They warn him that though a possible retaliation by Miller is nearly out of the question, that it could possibly happen. Does it? Of course so, else we would have no movie! The rest of the movie focuses on Miller’s attempts to avenge his brother (by killing Ryan and his family) and their plans to follow through on their plans to kill Lord Holmes (James Fox).

Patriot Games was the second Jack Ryan film and it worked on many levels and though it’s still classified as a “Political Thriller”; there’s enough action to keep the audience entertained for the nearly two hour running time. I have to admit that the juggling of the cast was a bit odd and though Ford would reprise his role in 1994’s Clear and Present Danger, the forthcoming decade would find him recast with Ben Affleck playing him and later on Chris Pine. Is Jack Ryan the new James Bond? Confusing, yes? But this film is, to me, the best of the bunch.

Released in 1992 Patriot Games has always been a bit hit and miss when it came to how it looked. I did a few comparisons between the previous Blu-ray and this new Ultra HD copy and the difference is immediately noticeable. Little things like the much clearer text, the expansion of color, vibrant at times, does seem to get washed out in some of the exterior shots. Being a resident of Annapolis, MD I have to say that it made me a bit giddy to see some of the sights around town. Though downtown Annapolis doesn’t change too much, it’s always fun to see your “hometown” portrayed on film. That being said, this 4K version is a definite uptick in visual quality, though it does pale in comparison to some of the newer releases.

Paramount has chosen not to give this film the Dolby Atmos upgrade (a fate other films in the franchise suffered as well),  and while the film isn’t one associated with dynamic audio, it does sport a few choice moments. Early on, there’s a bomb that explodes as well as plenty of gunfire and the ending boat chase scene sounded much better thane expected too. Again, the film doesn’t hold a candle to some of today’s modern releases. It could have sounded better, but what we get isn’t really all that bad.

The Ultra HD/4K disc is sans features, the only ones we get are found on the Blu-ray.

Jack Ryan, a character hatched from the fertile imagination of Tom Clancy, was born in the 80’s, but three decades later is still going strong. There have been five films to “his” credit as well as a forthcoming television show. Patriot Games remains my favorite of the Ryan films, though I have to admit that it was satisfying to see Baltimore get destroyed in The Sum of All Fears. Nevertheless, if you spring for the Ryan Collection in 4K, know that you’re getting the best that’s out there.