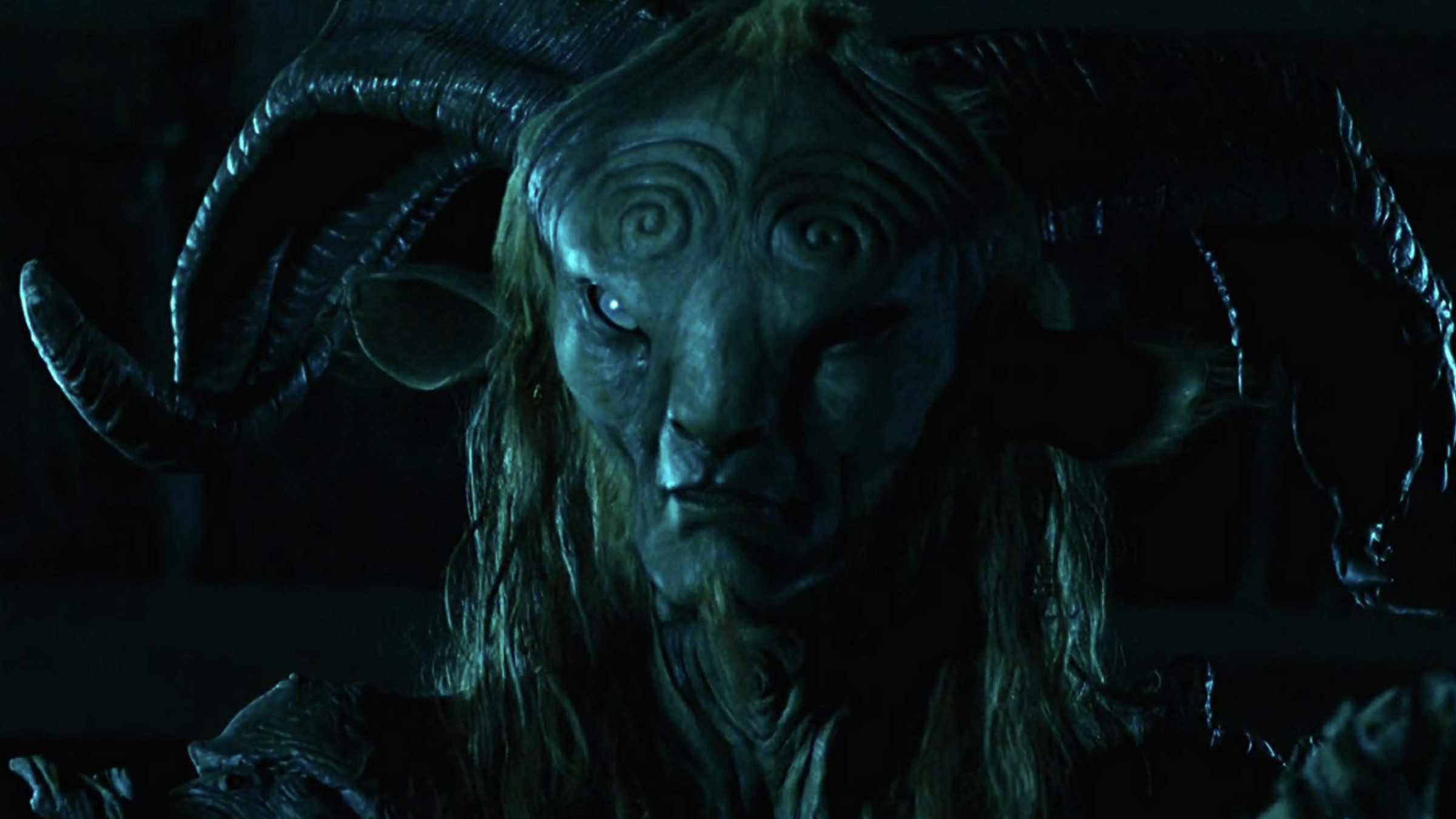 Pan’s Labyrinth came out in my sophomore year of college and was a surprise sleeper hit, even making its way to the Academy Awards with numerous nominations including Best Picture. It is pretty incredible that a violent Spanish-speaking period piece about the Spanish Civil War with fantasy elements mixed in was so overwhelmingly loved and embraced. I remember that when I first saw it I was absolutely floored. The theatre I was in felt the exact same way. I remember that nobody dared to say a thing until they made their way to the outside of the theatre, because the movie had hit all of them in different ways.

Pan’s Labyrinth begins with Ofelia, a precocious twelve year old girl, riding with her mother in a protected caravan through war struck Spain. Ofelia’s mother is sick due to her pregnancy and the trip has put her in danger. The caravan is bringing them to Captain Vidal so that his child can be born in his presence. Vidal impregnated her after her tailor husband died in the war. Vidal oversees a military installation that is fighting guerillas that live in the forests outside the camp. Vidal and Ofelia immediately come to bad terms, and it soon becomes quite clear that he cares most about his own legacy and little about the mother’s health or Ofelia. Meanwhile, Ofelia meets a walking stick that becomes a fairy and leads her to a Fauna in the Labyrinth outside the base camp. As Ofelia befriends Mercedes, a housekeeper for Vidal, she begins to see the true nature of the war around her and becomes deeply enveloped in fantasy. Vidal is sadistic in his attempts to kill the guerillas, and is also sadistic in how he treats all those around him. As the rebels begin to close in on the base, all of these interposed parts collide together. Fantasy will affect reality and vice versa in irreversible ways.

The film is, in my opinion, essentially a masterpiece. The acting is top notch. Child actress Ivana Baquero’s performance is extremely convincing as Ofelia. Sergi Lopez is absolutely incredible as Captain Vidal, oozing menace like almost no other villain on screen. The supporting turns by Maribel Verdu (of Y Tu Mama Tambien fame) and Alex Angulo are both great. The cinematography by Guillermo Navarro is great and bears the same yellow and blue look and feel as the beautiful The Devil’s Backbone. The score by Javier Navarrete fits the film like a glove and helps to emphasize the fantastic elements.

At the end of the day, this is Guillermo Del Toro’s show. As writer, director, and producer it is his vision that we see on screen without compromise. Credit needs to be given where it is due, and this film was obviously a project he cared deeply about. As a viewer, I believe you will feel exactly what he wanted you to feel…. astonished.

Criterion’s Blu-ray set the bar pretty high and, honestly, it’s pretty hard to differentiate the two (even when looking at them side by side). However, the increased color and HDR of this 4K disc does give the edge. I found contrast to be a bit stronger and while the overall detail looks just a fraction higher, it’s nothing that should sway the viewer. The video quality is stunning, with great color and depth of field. Guillermo Del Toro and cinematographer Guillermo Navarro’s vision remains intact here. The previous transfer was good as released by New Line, but this one is even better, featuring a more robust depth of field and less macroblocking. Fans will be pleased.

Similar to the video, this DTS-HD Master Audio 7.1 track is very high quality. Surrounds are incredibly active throughout the entire film with a very immersive feel to the entire film. Like previous Del Toro films, sound is not an afterthought, but something very well thought out and orchestrated. The score by Javier Navarrete expertly meshes with the film’s mixture of fantasy and reality. Another great transfer by Criterion.

You can’t have the best of both worlds. Criterion’s disc featured several extras not seen on the previously-released Blu-ray. And there’s nothing new here and the 4K disc only has Del Toro’s audio commentary.

There’s no denying the appeal and allure of Pan’s Labyrinth. It’s a fantastic film. But with the advent of 4K, fans will have to make a choice – do they want an uptick in video quality or do they want more supplements? Criterion’s disc offered amazing video quality and a new slew of supplements not seen on the Blu-ray disc (available since 2007). But honestly, how often are those supplements really watched? I’d steer for this one, but Del Toro’s fans are pretty particular. It wouldn’t surprise me to see both discs in any true fan’s collection.