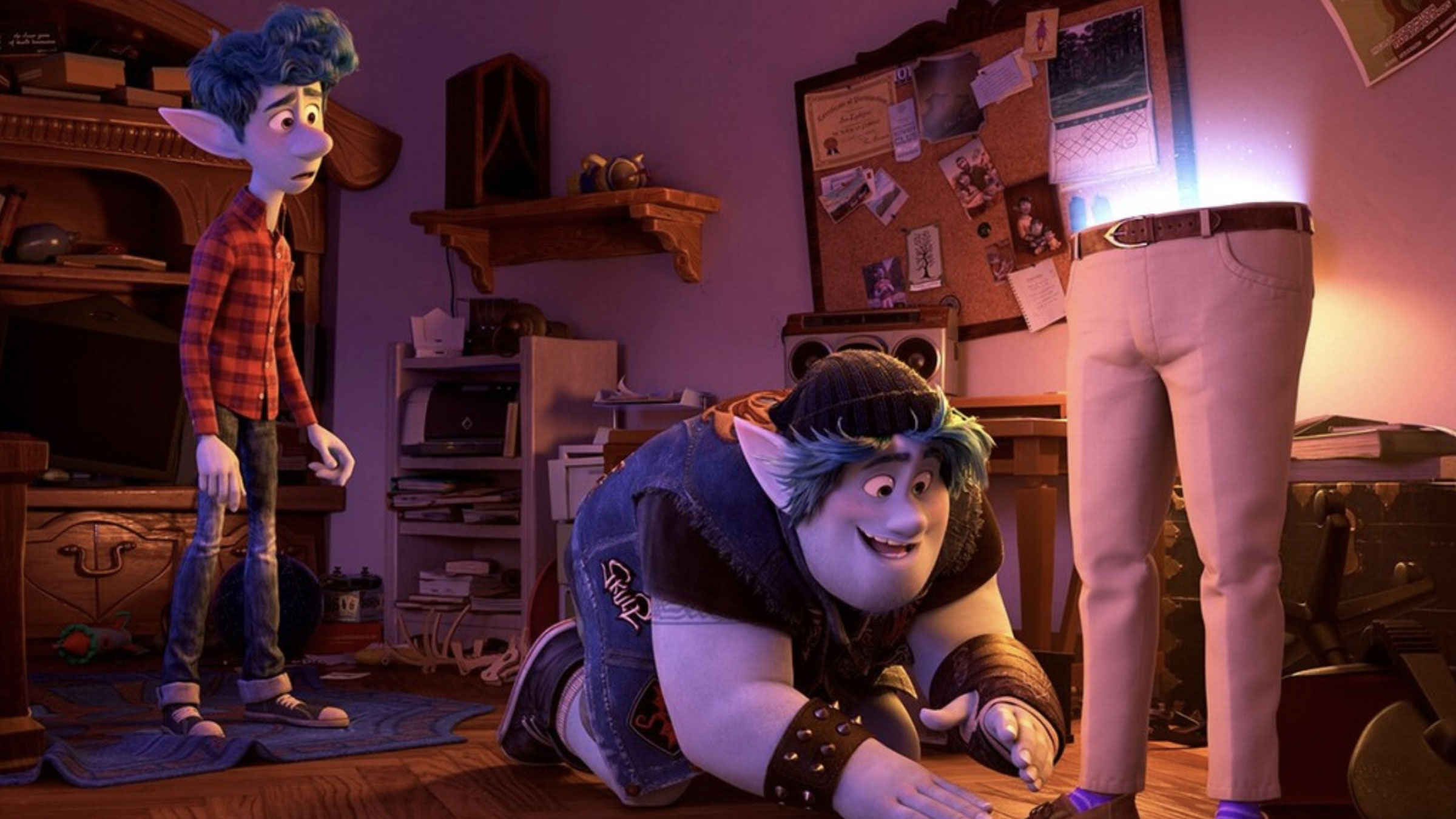 It’s hard to believe that the Pixar universe of films is now a quarter of a century old. Yes, we were first introduced to Woody and Buzz Lightyear way back in 1995. Twenty one films later we find Onward, a story about loss and the bond between two brothers trying to have one last day with their departed father. The Pixar films have a common theme running through them. Love and loss are at the heart of many of these films and they’re produced in a way that they speak to us all. Director Dan Scanlon helms this 22nd entry in the Pixar pantheon and with top notch talent like Julia Louis-Dreyfus, Tom Holland, Chris Pratt and Octavia Spencer lending their vocal talents to the mix, it’ll be hard to mess up.

Ian Lightfoot (voiced by Tom Holland) is a teenage elf struggling with self-esteem issues. He’s worried about learning to drive, though his biggest issue is that he never got to meet his Dad. He passed on before Ian was born and the closest thing that Ian’s ever had to a father figure is his older, neerdowell brother Barley (voiced by Chris Pratt). Barley drives a van, listens to rock music and spends his free time obsessing over a Dungeons & Dragons-esque game. On Ian’s birthday, he’s presented a gift by his mom, Laurel (voiced by Julia Louis-Dreyfus) which was left to them by their father. It’s a magic staff with a stone that enables it to bring their Dad back to life for one day. Ian’s spell goes awry and the Dad returns, though it’s from the belt down. Ian and Barley set out on a quest to find another stone to complete the spell before time runs out, but there’s an inherent danger of them releasing a curse. Laurel realizes this and enlists the help of the Manticore (voiced by Octavia Spencer) to track the duo down and save them.

Onward is original, though not entirely so. Then again, no movie really is. I caught a few easter eggs to some other movies, namely Weekend at Bernies (picture the Dad as Bernie and you’ll get the idea) as well as a few not-so-subtle nods to Indiana Jones and the Last Crusade. Go ahead, prove me wrong. But the throwbacks to other films doesn’t make the film any less enjoyable. There’s a chemistry between the brothers that only siblings can share and Holland and Pratt obviously have a rapport that’s evident on screen. There are also certain long-lasting themes that go well beyond the confines of the film. Loss is never easy and this film speaks to it with passion. Director Dan Scanlon has helmed a previous entry in the Pixar universe, Monsters University. I felt that one lacked a bit, but he more than made up for it here. There’s a heart to Onward that not many movies possess. But this one does. And that’s what makes it so enjoyable.

There are few certainties in life, but one of them is that most every Pixar movie on Blu-ray and especially 4K will look downright amazing. And, true to form, this one does. It sparkles. I mean it literally sparkles. When magic comes out the end of a staff, there’s pixie dust. The 2.39:1 HEVC 4K image is the stuff dreams are made of. Textures on the elvin skin have a palpable sense to them. The backgrounds are so clear, you feel like you could walk through the television into their world. Colors burst off the screen, stitches are visible in a jean jacket and I could go on. But I won’t. Suffice it to say that when you pop this, or the included Blu-ray, into the player the result is sheer visual delight.

Disney has had a spotty time with their Dolby Atmos soundtracks. Those from the MCU are on again/off again and while I don’t watch my movies with a sound meter in hand, there are those that do (that kind of ruins the experience for me). This is a loud movie, but it’s not so “in your face” loud that you feel the need to turn the volume down. Vocals are spot on, sharp and crisp and lacking any distortion. The front heavy soundstage pulls no punches and directional effects are used often and with great results. I suppose that the LFE could have been used a little more effectively, but it’s something that didn’t detract from the film. So while audiophiles might turn their noses up at this, I found it acceptable and, more to the point, enjoyable.

It’s really hard to find fault with any Pixar movie. We’ve all got our favorites and while Onward isn’t my personal one (it’s still The Incredibles), I enjoyed it more than some recent entries. Coping with loss is never easy, so there’s a relation to these characters, even if they are elves. As per usual, the 4K presentation is top notch with stellar audio and a picture-perfect video presentation.