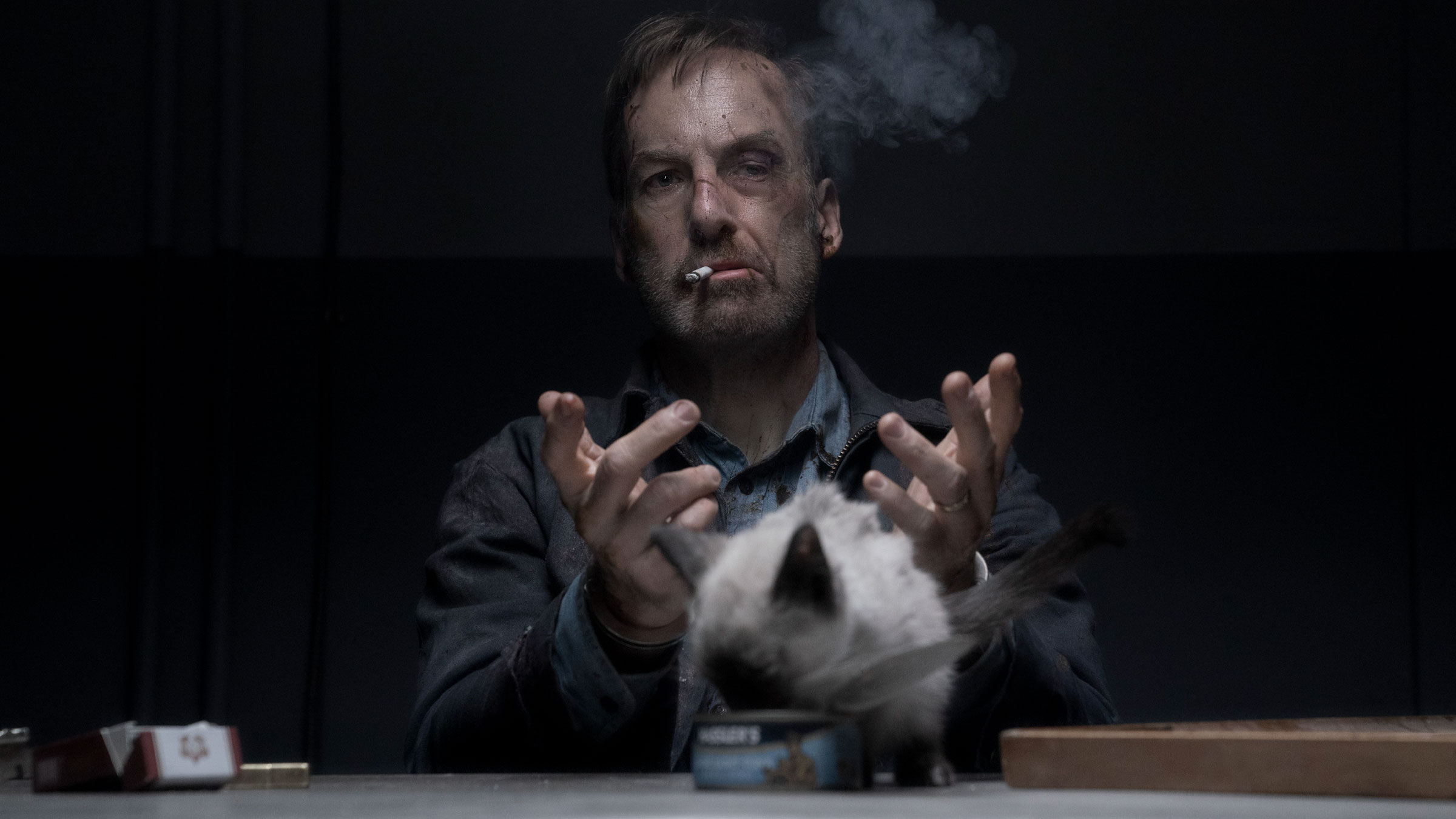 I’ve been a fan of Bob Odenkirk for nearly two decades. I was a loyal viewer of Mr. Show (with Bob and Dave, the “Dave” being David Cross). If you’ve not seen that, watch it. It’s hilarious. Over the years, Odenkirk has made a name for himself on shows like Breaking Bad and stepped into the limelight with Better Call Saul. I’m most likely preaching to the choir, but again – either series is worth checking out, though for context start with Breaking Bad. It’s nice, though, to see an established actor step out of his/her comfort zone and try something new. That’s what happened with Nobody. An average joe turns into Rambo (of sorts) and sets his eye on the Russian mobsters who robbed his house. Improbable? Most likely. Entertaining? Absolutely.

Admittedly, the plot of the film isn’t exactly one that requires a lot of brainpower to figure out. We’re introduced to Hutch Mansell (Bob Odenkirk) in a montage that shows him and his daily routine. Hutch and his family, Becca (Connie Nielsen) and son Bake (Gage Monroe) are the victims of a home invasion. Hutch has a golden opportunity to take the upper hand, but instead lets them get away. Feeling as though he’s let them down, something deep from within him snaps and he sets out to find the invaders and manages to cross paths with a Russian criminal in the process. The remainder of the film is Hutch fighting off assorted goods and we see that, for an accountant, he can actually hold his own in a fight.

If some of this sounds eerily reminiscent of the John Wick films, it’s no coincidence. The film was written by Derek Kolstad who penned Wick and its successors. There’s the same style and naturally gritty characteristics that made those films work. And they’re at play here as well. The main reason, though, is Odenkirk. There’s just something about him that makes him command the screen. I can’t put my finger on it, but it’s the same quality that makes me enjoy Better Call Saul so much. I get bored when I don’t see him in a scene. Does that make sense? Couple that with the direction by Ilya Naishuller (Hardcore Henry) and we’ve got a winner. Granted, this won’t be for everyone, there’s a plethora of violence but it fits the bill. Enjoy.

In these days where we’ve got 4K and even 8K (not on disc form…yet) we’re used to seeing things look crystal clear. Anything that has the black bars on the sides is immediately dated as “pre-High Definition” and, well, looks like crap. So when a new-to-the-format film comes out, we expect the best And, in many ways, Nobody delivers the goods. But in other ways it doesn’t. But it’s intentional. Universal has shown us that their recent offerings look and sound good and even their catalog films like Animal House, have never looked better. What this film lacks is that “polish” that so many other movies offer. Again, it’s by design. So if you’re looking for a film that’s not afraid to show a bit of grain, but also sports a nice-looking 2.39:1 4K HEVC encode then look no further. Detail is amazing (can you actually count the number of whiskers on Odenkirk’s face?), contrast is strong and HDR does a nice job. It’s technically amazing, but not what you’d expect.

I’d imagine when a man strangles four other men using the pull cord on a bus, we’d want to hear it in the best available sound mix. And we do. The included Dolby Atmos mix utilizes the best available sound that really makes the film pack a punch, pun fully intended. Odenkirk’s naturally raspy voice sounds like it’s in the next room. Surrounds are almost constantly churning away and the front stage is super active. Of course, as we might expect, the LFE aren’t lost. It’s an engaging and decidedly strong mix that’s sure to please.

Fans of gritty action thrillers like John Wick and Payback will naturally gravitate towards a movie like this. I’m a big fan of Bob Odenkirk and this role was a bit of a departure for him (most likely so he’s not typecast). It’s not always easy to watch, but the film flows nicely. Universal’s disc is, of course, top notch.