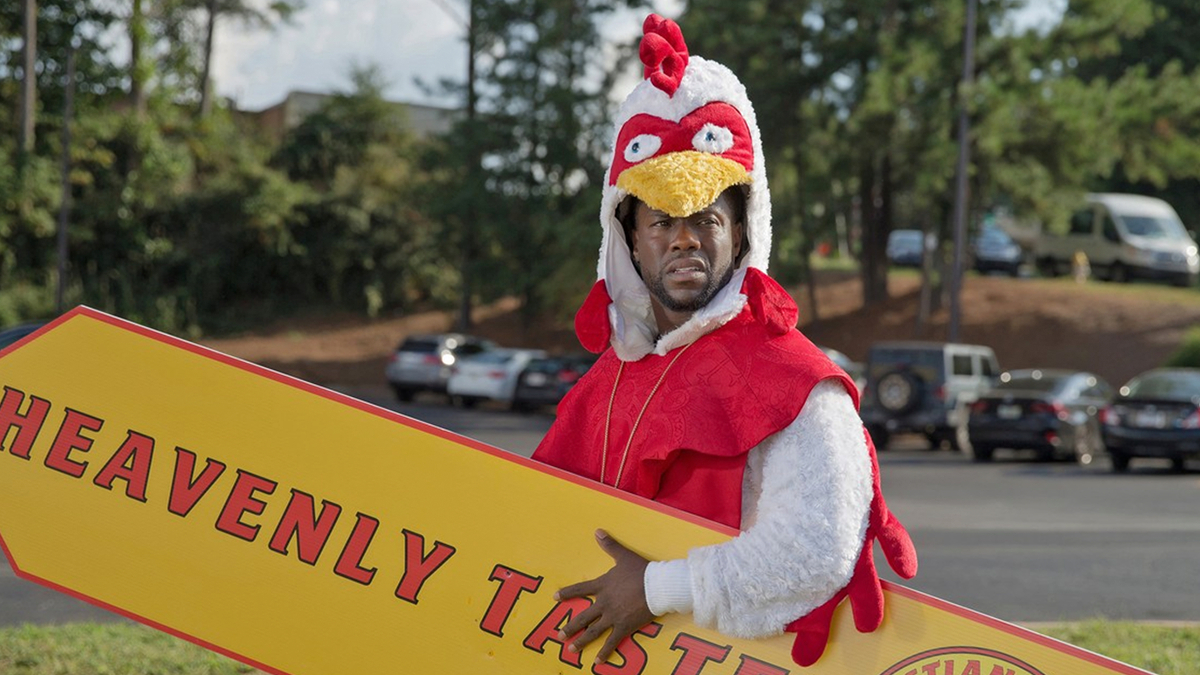 I have to admit that on one hand I’m intrigued by Kevin Hart. I’m the type of person that doesn’t possess an abundance of energy. I have it when I want it and/or need it, but by and large, I’m pretty low key. So when I see a 5’2” entertainer that’s literally a ball of energy (on screen, anyway) I’m always a bit taken. I’m also a bit annoyed. I mean, does the guy ever shut up?! Hey, it’s his schtick. I get it. And, to his credit, he’s done well for himself and has made a name through years and years of persistence. Good for him, I say. His particular brand of humor works in comedies and, in particular, films like Jumanji: Welcome to the Jungle and Central Intelligence (where his physical size matched with that of Dwayne “The Rock” Johnson works). In his latest effort, he goes…back to school? Do tell.

Teddy Walker (Kevin Hart) is a top salesman at a store that specializes in barbecue grills. Living beyond his means, he’s always trying to impress his girlfriend (Megalyn Echikunwoke). But, after a freak accident destroys the store, his life of bliss might be over. Teddy lacks a high school diploma and finds that this is the reason that doors are slammed in his face. This leads him to attend, you guessed it, night school in an effort to get his GED. And, as we might expect, he’s thrown in a class with a ragtag group of students. Carrie (Tiffany Haddish), his teacher, is committed to her work but realizes that he’s not taking his education seriously. To add another bump in the road, an old high school nemesis is the principal of the school and he’s none too keen to see Teddy succeed.

Let’s get down to brass tacks. Like any other pigeon-holed actor, you should know what to expect when viewing a movie starring Kevin Hart. The thing is that with Night School, he’s not really his usual self. Yes, there are moments, but by and large he’s very subdued. And that, I think, is what’s missing in the movie. The ensemble cast does a great job of adding some comic relief, such as one of the students who spurts out conspiracy theories or the housewife who obsesses over the power of the female rear end. It’s those kind of things that really make the film memorable and not from its star. Tiffany Haddish, unfortunately, is relegated to the role of “potential love interest.” Like so many other films with Kevin Hart, I didn’t find Night School “bad” by any means, but it’s not up there with some of his more memorable efforts.

Universal’s Ultra HD 4K offering is what we might expect from a new-to-the-format film. We get a sharp transfer that remains consistent throughout. Details were always evident and the print used is pristine. Contrast is strong and solid, black levels on the mark and the HDR does give the 4K disc a bit of an edge over its Blu-ray counterpart. I found the picture a bit flat in a few places, which was a bit surprising. It’s nothing to get worked up over, but I think we’ve reached a point where the image quality on so many new discs is so pristine, the bar has been set very high. At any rate, the 2.39:1 HEVC 4K image is nothing to bawk at and it will satisfy.

As I so often say, comedies aren’t really known for their dynamic audio. The included DTS X track does have a few moments, but this isn’t one that you’ll use to demo your system. And if you do, you’re doing it wrong.  Vocals, especially Kevin Hart’s hyperkinetic voice (which varies in frequency from sentence to sentence) permeates the room. Surrounds, rear and front, are used sparingly but also provide some much-needed ambiance in a few key sequences. All in all it’s a good-sounding track that’s sure to please. Of note, the Blu-ray also features the same DTS X track, so viewers who don’t purchase the 4K disc won’t be cheated out of an atmospheric mix.

The fans of this movie (and those like it) know who they are. Night School doesn’t redefine the comedy genre, rather it’s yet another outlet for Hart’s energy to be contained (or exploded, your call). Universal’s disc offers a bevy of supplements, above average picture and sound. For fans of Hart, it’s probably a no-brainer, and for others I’d recommend a rental.