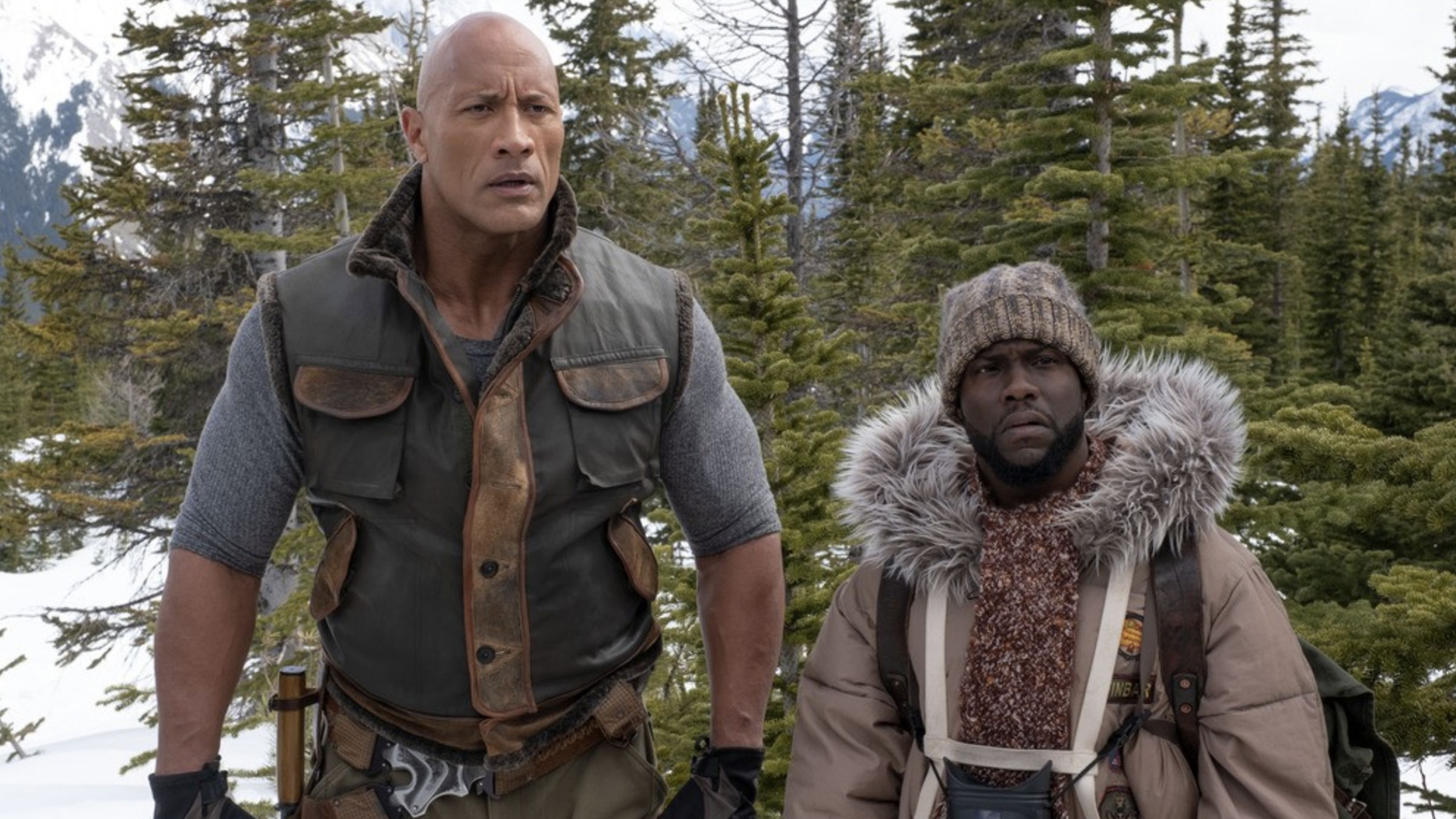 In 2017 Jumanji: Welcome to the Jungle hit theaters. It was a reboot of the 1995 version starring Robin Williams. But gone was Williams and in stepped in Dwayne “The Rock” Johnson because he needs to fulfill a his contract to appear in at least a dozen movies a year. Kidding, of course. The movie was a hit, both commercially and critically. And I enjoyed it, so that’s the ultimate praise! It did prove, however, that even though the film was a reboot, that if it was solidly written, acted and directed that audiences wouldn’t mind. And it was. And they didn’t. So it was only a matter of time before we saw a sequel and as the by line above says: “if it ain’t broke, don’t fix it.” Much like The Hangover films or the 21 and 22 Jump Streets, this sequel employs most of what made the first one work. And there’s nothing wrong with that. So, here we are, can lightning strike twice?

The plot is relatively the same as the first one as we catch up with Spencer (Alex Wolff), Fridge (Ser’Darius Blain), Martha (Morgan Turner) and Bethany (Madison Iseman). It’s been three years since their last adventure in Jumanji. The gang is planning to reunite from college and it Spencer is conspicuously absent.  So the gang along with Spencer’s grandfather (Danny DeVito) and friend (Danny Glover) determine that Spencer has gone back into Jumanji.  Determined to save him, they decide to play again and once again inhibit the avatars of Dr. Bravestone (Dwayne Johnson), Finbar (Kevin Hart), Prof. Oberon (Jack Black) and Ruby (Karen Gillan). There are a few more players this time around and the quest is a bit different: they must get a stone from Jurgen the Brutal (Rory McCann) without getting killed.

See? Rinse, repeat. And that’s OK. What worked in the first film works here, though even with the addition of a few new characters this one feels a bit tired and rehearsed. Yes, I did enjoy the “Smouldering Intensity” that made the leap from the first installment and it’s never a bad thing to look at Karen Gilman, but apart from that – I just found myself scratching my head. Director Jake Kasdan seems at home here and with the principal cast returning, all the pieces were in place. This, of course, begs the question: did we need a sequel? Of course. Movies make money and this one managed to rake in nearly $800 million worldwide. So, yes, we’ll see a third installment. While not “bad” per se, it’s just predictable. But it does have some fun moments that the family is sure to enjoy.

Sony’s 4K discs are the stuff dreams are made of and the 2.39:1 HEVC 4K image leaves nothing to the imagination, though some of the effects do (intentionally) look a bit fake. That’s good. The entire film takes place inside a video game, so if anything I wish they’d have made it even more so. Still, the HDR and increase color depth of the 4K version really do make the images leap off the screen. And, truthfully, there’s something for everyone to look at, be it Dwayne Johnson’s biceps, Karen Gillan’s curves or the never-ending bundle of energy that is Kevin Hart.

The included Dolby Atmos track (the Blu-ray has a DTS HD Master Audio that’s no slouch) delivers this time around as well. Atmospheric sounds abound and depending on your particular setup, this is one of the most lively action movies I’ve experienced (yes, experienced) in a long time. Vocals, of course, are pure and crisp, directional effects will have your head turning every which way. Suffice it to say that this is a mix that’s sure to please and may even give you a pulled neck muscle or two.

If you’re looking for more of the same, then this is the film for you. It’s got some clever moments and all the elements that made the first one so enjoyable. Sony’s disc is, of course, spectacular with its audio and video presentations. There’s enough on the supplemental front to warrant a purchase, though I don’t envision watching this one over and over like the first one.