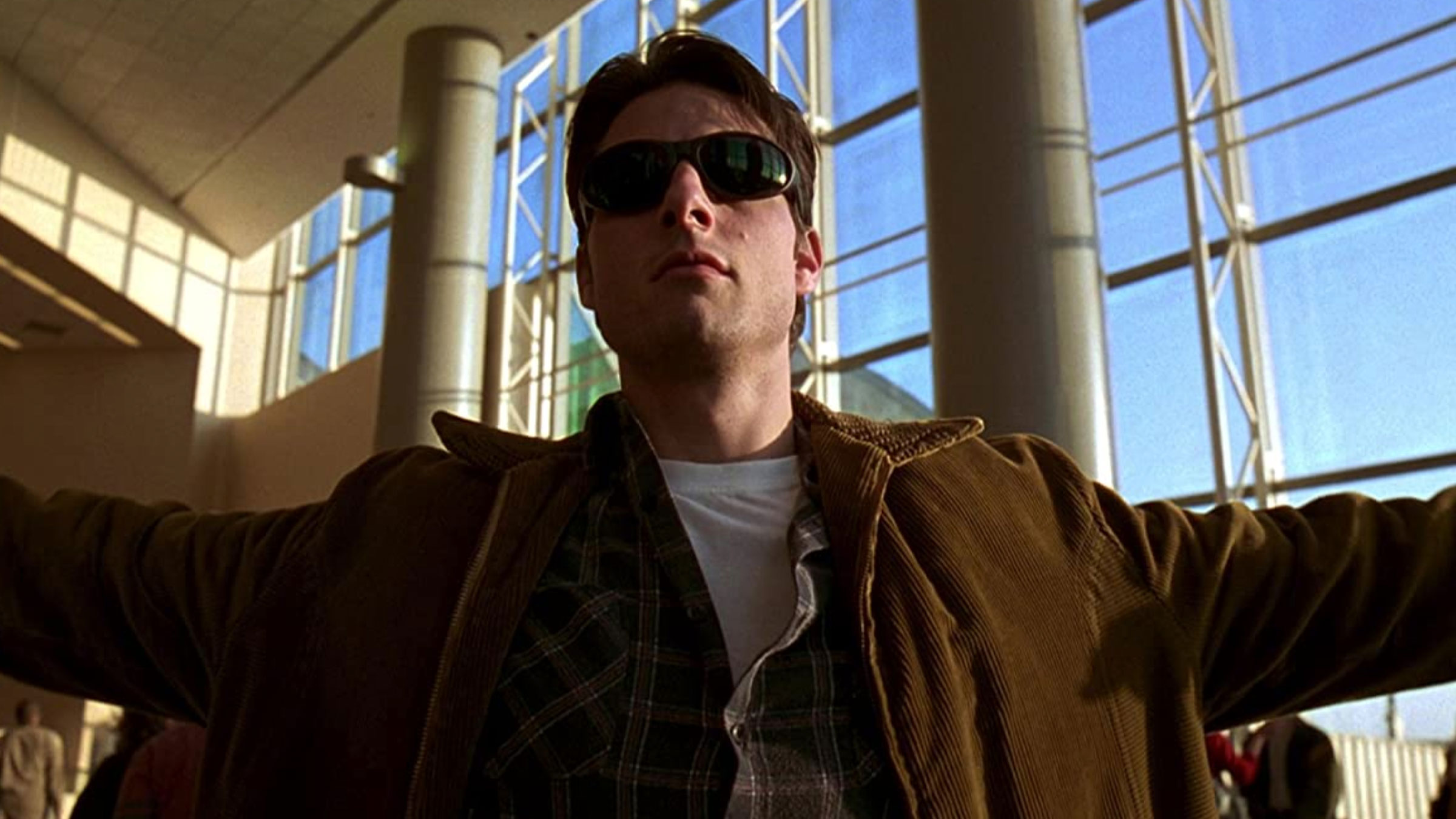 “Show me the money!”

Twenty years. Wow. Anyone reading this should (or will) know – time flies. I can remember seeing the trailer for this while sitting in an apartment party in Manhattan, KS. The volume on the television wasn’t on, but a few of us figured that it was a Tom Cruise sports movie. Don’t ask me why this is my first memory of this movie, but it is. As time has shown us, the movie went onto make tons of money, was nominated for Best Picture (it lost to The English Patient, a film I’ve still not seen) and we were treated to one of the most amazing Oscar acceptance speeches when Cuba Gooding Jr. won Best Supporting Actor. Oh, it also made Reneé Zellweger relevant in Hollywood and paved the way for the Bridget Jones’ films. Uh…thanks? My sarcasm aside, though, it really was a great movie and yet another in the seemingly endless string of hit films for Tom Cruise. At one point in time, Cruise had five films in a row that each had broken $100 million domestically. Granted, those numbers might not be too impressive now, but I challenge you to find an actor that has a streak like that today. We were treated to a series of catchphrases that are still part of our pop culture and saw that Cameron Crowe, who had given us Say Anything and Singles, might be the wave of the future. It’s been two decades, but in case you missed it – this is Jerry Maguire.

Jerry Maguire (Tom Cruise) is a sports agent. A good one. He’s got looks, charm and a job most would kill for. But in the midst of a mid-life epiphany, he decides to chuck it all and proposes that his company focus more on personal relationships and not making more money. He’s fired. Throwing caution to the wind, he decides to set up his own sports agency and loyal secretary Dorothy (Reneé Zellweger) follows his lead.  They’ve only got one client, a football player by the name of Rod Tidwell (Cuba Gooding Jr.). He’s got potential and he knows it, but it’s an uphill battle for both Rod and Jerry. Adding further complication to all of this Jerry starts to fall for Dorothy, a single mom with an all too cute kid (Jonathan Lipnicki). Jerry’s plan is simple: sign Rod to a multi-million dollar contract and maintain his relationship with Dorothy and all is well. The problem is, can he do it?

Admittedly it’s been a while since I’ve seen this movie. I’d say about a decade or so. I’d say it’s aged pretty well, to be honest. Yes, some of the mid 90’s one liners are a bit tired: “You had me at hello.”, “You complete me.”, “Help me, help you.” and so forth. Still, the underlying message is timeless and it’s a great movie to watch. I’d mentioned this earlier, but this one of Cruise’s five films that broke the $100 million mark (A Few Good Men, The Firm, Interview with the Vampire and Cruise’s next film Mission: Impossible would complete the cycle). Again – impressive. This sounds trite, but this film has it all. It’ll make you laugh and make you cry and for those that, for whatever reason, haven’t seen it, there’s no time like the present. Twenty years…life moves pretty fast. If you don’t stop and look around every once in a while – you could miss it.

There was a Blu-ray version that came out for the film’s twentieth anniversary in 2017. The disc utilized a new 4K transfer. Well, now we actually have a 4K version of this movie on an actual 4K disc. How about that? The 1.85:1 HEVC image looks cleaner, brighter and shows more detail than the previous Blu-ray. And that’s a good thing. I noticed a more film like look and feel to the movie and it just seemed a bit more modern. I realize that sounds odd, but taking a film and giving it a nice restoration really does wonders for the way you perceive it. Colors are bolder, detail has been improved and contrast looks to be more stable. It’s a winner and well worth the wait.

The past Blu-ray’s have had a Dolby TrueHD track, a DTS HD Master Audio track and now with this version we get a Dolby Atmos mix. To say that the movie has run the gamut is somewhat of an understatement. Granted, this film was never really meant to be the most audio-heavy title out there and it will never be. The vocals are very strong and some of the key scenes in the movie (“Show me the money!”) do sound as good as they ever have on a home video format. Directional effects are used sparingly and most all of Crowe’s films have a great soundtrack and this is no exception. It’s a cleaner, more robust mix but nothing that’ll blow your mind.

All of the supplements from the twentieth anniversary Blu-ray are present here and we even get a new feature.

Time has been good to Jerry Maguire and this new edition offers an improved picture, sound and some new special features as well as those from the previously-released versions. Though this looks and sounds better in 4K, this might not be one that will be a 4K necessity.