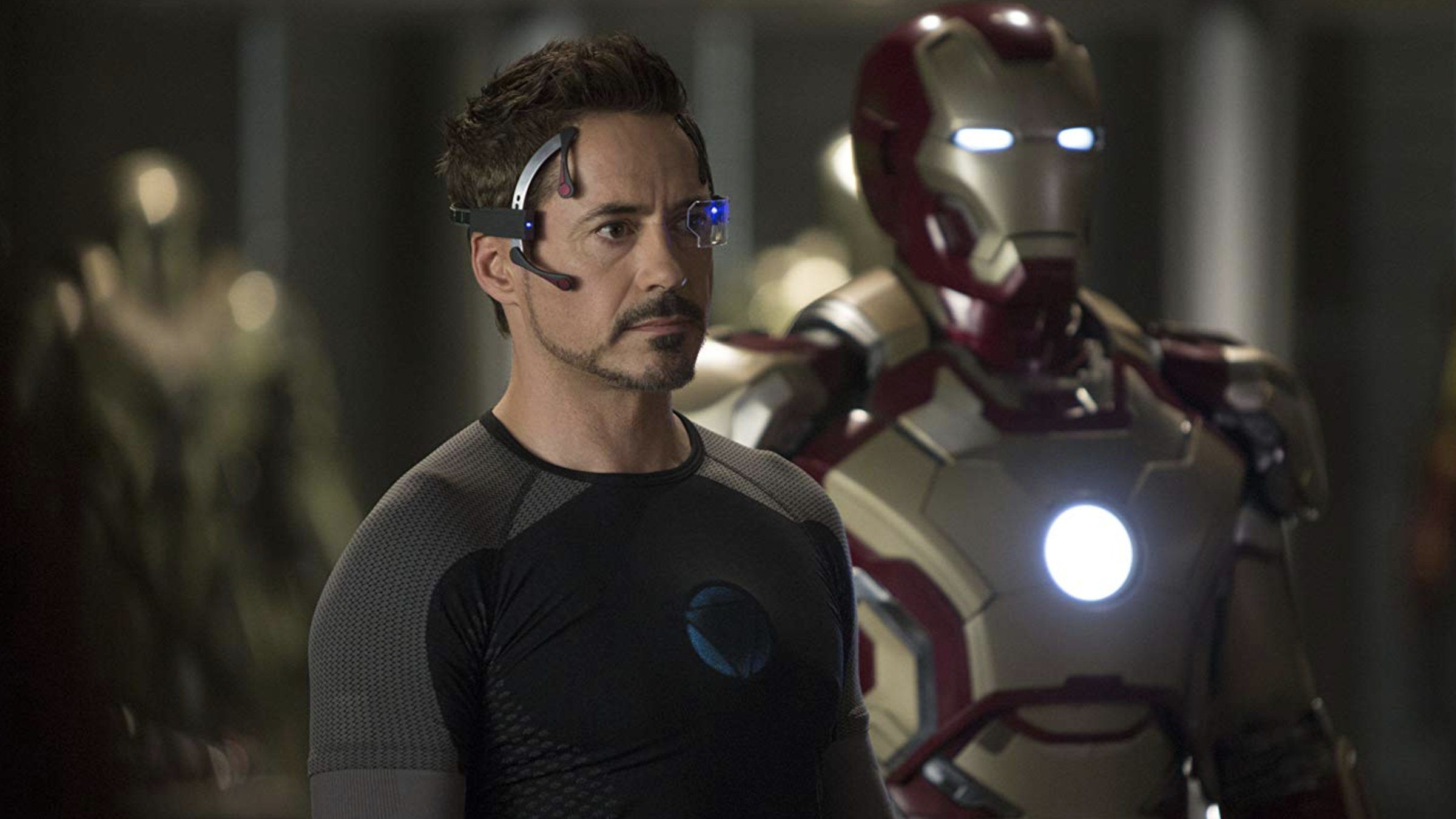 The Marvel Universe is expanding.  What began (in modern days) with X-Men has now branched out to include just about every  mainstream character and others that some have never heard of.  Why?  Money.  You see, the Marvel movies make it and with a seemingly endless well to tap into, I don’t think there’s any shortage of material and/or stories.  Of course, as we all know, last year’s The Avengers in which “Earth’s Mightiest Superheroes” gathered for one film ended up being the third highest-grossing movie of all-time.  Sequel?  You bet.  But the thing with that movie is that what happened in it has a ripple effect and the first ripple is felt in Iron Man 3.  More on that ripple later. Admittedly I’m a big fan of these tie-ins and it would seem that Iron Man, Captain America and Thor represent the main three films that intertwine.  Give it time, though, there might be another Hulk movie and maybe we’ll see Hawkeye and Black Widow get their own as well.  Remember – money! That aside, Iron Man was really the first of the “modern” day films that comprise this particular universe and we have to ask ourselves what to expect.

After the events of The Avengers, Tony Stark (Robert Downey Jr.) has a little bit of a problem.  Well, it’s a rather big problem since he’s having anxiety attacks. His latest pet project is to make as many Iron Man suits as he can all the while making them more “remote controlled.” By this, he can “call” on the suit at his whim as opposed to having to go and physically put it on. Things are fine and well, he and Pepper Potts (Gwyneth Paltrow) are doing fine until someone named Mandarin (Ben Kingsley) hacks the airwaves and starts blowing stuff up.  One of the casualties is Happy Hogan (Jon Faverau), Stark’s bodyguard. Stark’s house is then summarily blown into the ocean and it leaves him without his trusty suit of armor.  Add to this that a new group of enemies is out to get Tony/Iron Man. Led by Aldrich Killian (Guy Pearce), a former devotee of Stark’s, but has since branched out and has found a way to change the genetic code of humans.  Translation: bad news for all. And, of course, this begs the question…can Iron Man once again save the day?

Odds are if you’re reading this then I’ll assume that you’ve seen the previous Iron Man movies, The Avengers, Captain America, Hulk (both of them) and Thor. If not, do so.  To watch Robert Downey Jr. as Tony Stark is one of the more thrilling things about being a movie-watcher.  Yes, he makes it that good.  He’s also quite charming as Sherlock Holmes on those off years when he doesn’t don the ferrous suit, mind you.  This third installment marks a departure of Jon Faverau as the director, but it’s filled quite nicely with Shane Black who directed Downey in Kiss Kiss, Bang Bang (a quite entertaining film if you haven’t checked it out).  To put it bluntly, Iron Man 3 delivers. It was one of the few films that did in the first part of 2013.  It’s got a solid foundation to build on and though it wasn’t my favorite of the three (the second installment takes that honor), there’s nothing lacking.  If anything, this gets me excited for the forthcoming films and even the Agents of S.H.I.E.L.D. television show; no telling how that’ll work out.  Recommending this disc is a no-brainer.

It’s been a few years since this film came out on Blu-ray, but now we’ve moved up into 4K. And speaking of 4K…Oh come on now…seriously?  How could this movie, one of the biggest of the year (if not the biggest) not look anything less than perfect?  Right.  Obviously the 2.40:1 HEVC 4K image is going to look stellar and it does.  Detail is simply amazing, we see all the little intricacies of Tony Stark’s “office”, the little lights blinking, the few grey hairs that protrude from Robert Downey Jr.’s mane and the little battle scars that Iron Man’s suit accumulates. The film is a bit darker than the other two, as such there are a few more scenes that rely a bit more on the contrast to carry them.  I saw no evidence of artifacting, any movement in the  blacks and/or shadows or the like.  All the Iron Man movies have looked amazing and this latest installment is nothing less than reference quality.  You’ll know what to expect going in and this delivers.

Also getting a bump is the audio. We move from a DTS HD Master Audio track to a Dolby Atmos track. And, yeah, if you expected Iron Man 3 to sound amazing, engage all of your speakers, the LFE and in general shake the room – your prayers have been answered.  To be honest, this is somewhat standard fare for this movie as both previous installments were 10’s on the audio scale as well.  Why should this one be any different?  Sonics are off the chart, vocals are strong and well-balanced.  The sound that Iron Man’s suit makes when it takes off – that THOOMP – awesome.  Things blow up, houses fall into the ocean and pretty much everything in between.  This is one of those titles that you can pretty much blindly buy and know that it will look and sound amazing (actually pretty much any new superhero movie fits this mold).

All of the supplements are the same as the previously-released Blu-ray. Nothing new has been added.

Iron Man 3 was the last stand-alone Iron Man film. And that’s too bad. It was Tony Stark, well Robert Downey Jr. that really helped launch the Marvel Cinematic Universe. I personally found this the most enjoyable of the bunch. With the debut on 4K, it’s an uptick in audio and video quality – no doubt about it. But unless you’re trying to assemble (get it?) an entire MCU in 4K, then I’d stick with the Blu-ray.