In the Line of Fire (Ultra HD 4K Blu-ray) 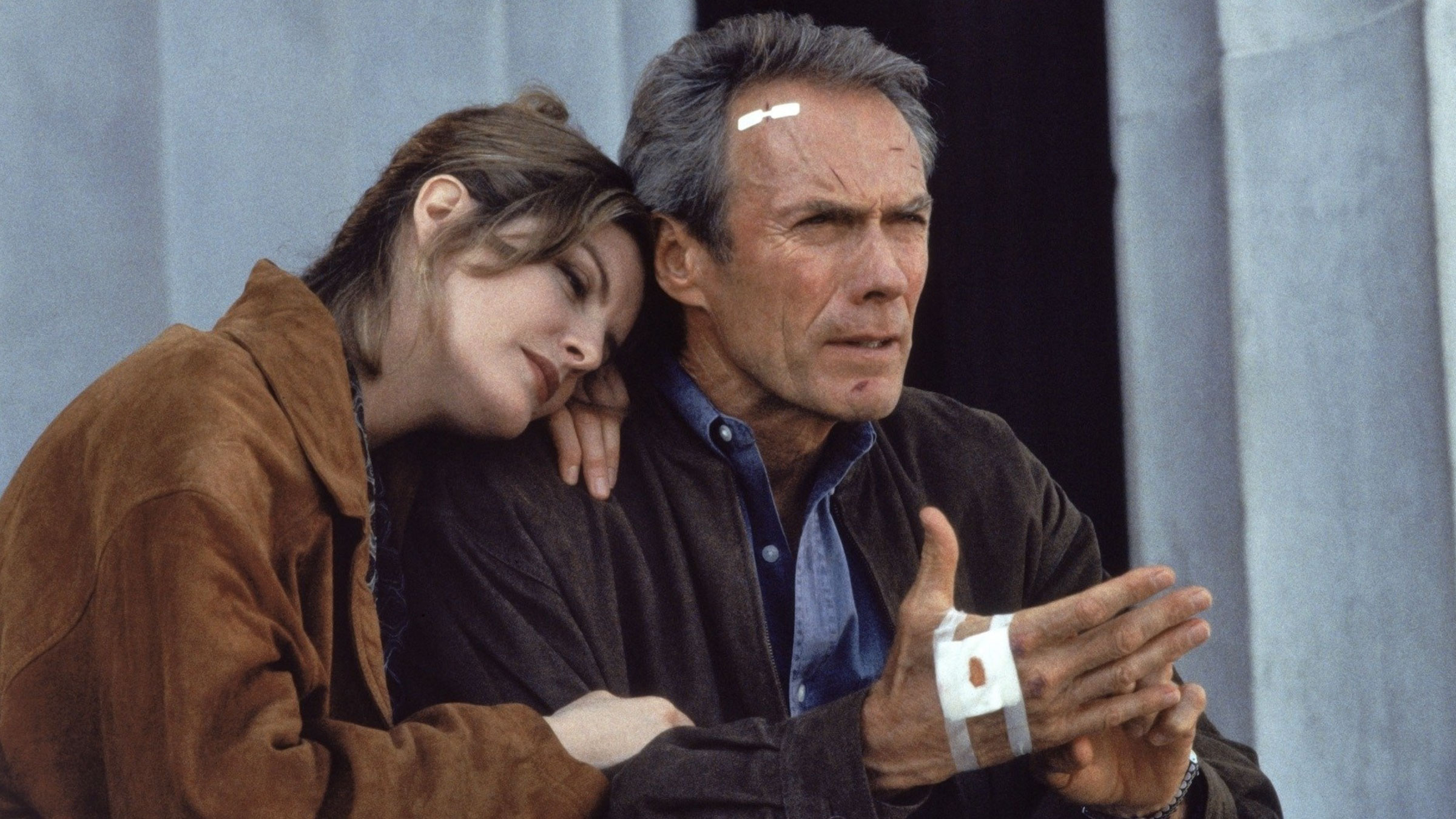 As of this writing, it’s odd to think that nearly the same amount of time has passed since its release than those depicted within the film itself. Time flies. That aside, In the Line of Fire represented a resurgence for Clint Eastwood back in the 90’s. He’d just won Best Picture and Best Director for Unforgiven and this film would pave the way for some of his higher-profile films like A Perfect World and Absolute Power. Gone were the days of Dirty Harry and it was a new Clint Eastwood that the world was about to see. This was also a departure for Eastwood in that this was a film he wasn’t directing. That honor fell to Wolfgang Petersen. Couple that with Eastwood and politics and it had all the right makings of a great film. And it was. And still is.

Frank Horrigan (Clint Eastwood) is a man haunted by a mistake in his past, when he failed to save President Kennedy from assassination. Although he is a good man and was a good agent, that ghost in his past has troubled him ever since, making it hard for him to move beyond that event. But he must face those inner demons when thirty years later, he is pulled into an assassination plan, but not by his own choice. A brilliant psychopath (John Malkovich) has chosen to knock off the president, but he wants to involve Horrigan in the process, so he taunts him over the phone and leaves all sorts of clues for Horrigan to follow. It seems this man knows all about Horrigan and his life, even outside of his stint in the Secret Service, reaching into Horrigan’s troubled private life as well. Whether the agency likes it or not, Horrigan returns to active duty and insists on protecting the president from this madman. But can Horrigan overcome his past failure and focus on the present, with enough time left to stop this insane man before another president is killed on his watch?

I know we’re used to seeing him as a rugged loner who has no fear, but even as a vulnerable loner, Clint Eastwood more than proves his worth. I don’t think this is a departure from his loner roles in the Man With No Name series or Dirty Harry movies, but more of those characters with some subtle tweaks instead. Eastwood remains an outsider of sorts in this movie, but seems broken down and accessible, which he is able to pull off without a hitch. Once again, Eastwood proves he is a gifted performer and can handle roles of all makes and models.

In the Line of Fire was, literally, one of the first standard DVD’s on the market way back in 1997 (when this movie was only a mere four years old). For those that are curious, the other three released by Columbia/Tristar (now Sony) were Fly Away Home, A Few Good Men and Jerry Maguire.  The movie doesn’t have that dated look that even some of the movies in the early 90’s tend to have. Sony’s new 4K offering is simply the best the film has ever looked. There’s a fine layer of grain, but it’s intentional and gives the movie a very cinematic feel. I found the 2.39:1 4K HEVC transfer a modest improvement over the previously-released Blu-ray. Black levels look strong and consistent throughout and contrast seemed to be right on the money with a good balance of flesh tones to boot. This is an outstanding looking picture and well worth picking up for the video quality alone.

Not to be outdone, the film now sports a Dolby Atmos track. In the Line of Fire is an action movie and, as such, we expect a higher level of audio from it than say a romantic comedy. Dialogue is very strong as expected and I was surprised at how much depth the soundtrack seemed to have. “Bangs” and “thuds” really resonated in some of the key scenes and the surrounds only helped matters as they helped heighten the mood. While not quite reference material, I was surprised that the film sounded as good as it did. Atmospheric sound – you gotta love it.

Unlike some other studios, all of the supplements are actually on the 4K disc. Yes, that’s right – you don’t have to house your 4K disc and break out the Blu-ray (also included) to see the extras. How nice.

Eastwood has had an illustrious career in Hollywood on both sides of the camera. No matter which film you pick, it’s likely to be someone’s favorite. In the Line of Fire remains one of my favorite Eastwood films for various reasons. Sony’s new 4K offering is nothing short of perfection. The audio and video have been upgraded and though no new supplements have been added, it’s nice to have those that were already there on the disc.