It took me some time to finally get around to seeing Hustlers late in its theatrical run. This wasn’t for a particular reason other than the busyness of life getting in the way. It’s a film I might’ve skipped or saved for Home Video if not for the strong reviews which definitely took me by surprise. Another review touched on how Universal had two films with similar titles. This and the dreadful, The Hustle. That film bombed (as it should have) while this one excelled. Do with that information what you will, but despite its flaws and clear influences it wears on its sleeve, Hustlers is still worth checking out largely for Jennifer Lopez and her committed performance here.

Let’s flash back to 2007 where we meet Destiny (Constance Wu) who gets a job as a stripper at an upscale club. Ramona (Jennifer Lopez) who is something of a pro, takes Destiny under her wing and trains her and gives her the ins and out of club regulars. It doesn’t take long for Destiny to start hitting it big, but trouble arises when the big economy crashes in 2008 and the club and strippers are struggling to make ends meet. After some time, Destiny reconnects with Ramona who concocts a plan. It is to get really wealthy men drunk enough to give the ladies their credit cards, allowing them to steal their information and viola. Destiny and Ramona and a couple other ladies become quite good at scheming rich men out of their money, but of course things eventually spiral out of control.

Inspired by a true story that I hadn’t heard of, Hustlers kept me with it largely because of the strong performances and the quick pace. Occasionally it lags a bit when it focuses on the ladies and their personal lives a bit too much, but it doesn’t torpedo the picture so much as stalling it. I understand the need to want us to get to know the ladies better, but the film can drag at times. We also get a bit too much of the film wanting us to sympathize with these characters who are doing things that are quite rotten. I would’ve rather it not gone this route as it rubbed me the wrong way, but again, that’s another minor nitpick. It gets enough right to keep us with it and warrant our investment.

I’m not used to seeing 4K titles from Universal, but here we are. We get an excellent and finely detailed transfer that looked as good as it did in theaters a few months ago. The image is 2.39:1 that enhances the already strong Blu-ray with a bit more sharpness and definition, making it the obvious viewing choice. Colors are deep and accurate and the film and its highly stylized transfer really comes to life. Fans will be quite pleased with the results here.

We get a solid Dolby Atmos track that compliments the strong video transfer very well. With a club as its primary setting, expect lots of background music and banter throughout the film. The busy city life is also heavily dominate in the background. Vocals have the clarity I want and expect as well.

While not perfect, Hustlers moves along nicely and kept me involved. I especially liked Jennifer Lopez here as she gives a committed performance. The film has its flaws, but it gets more right than wrong. Check it out. 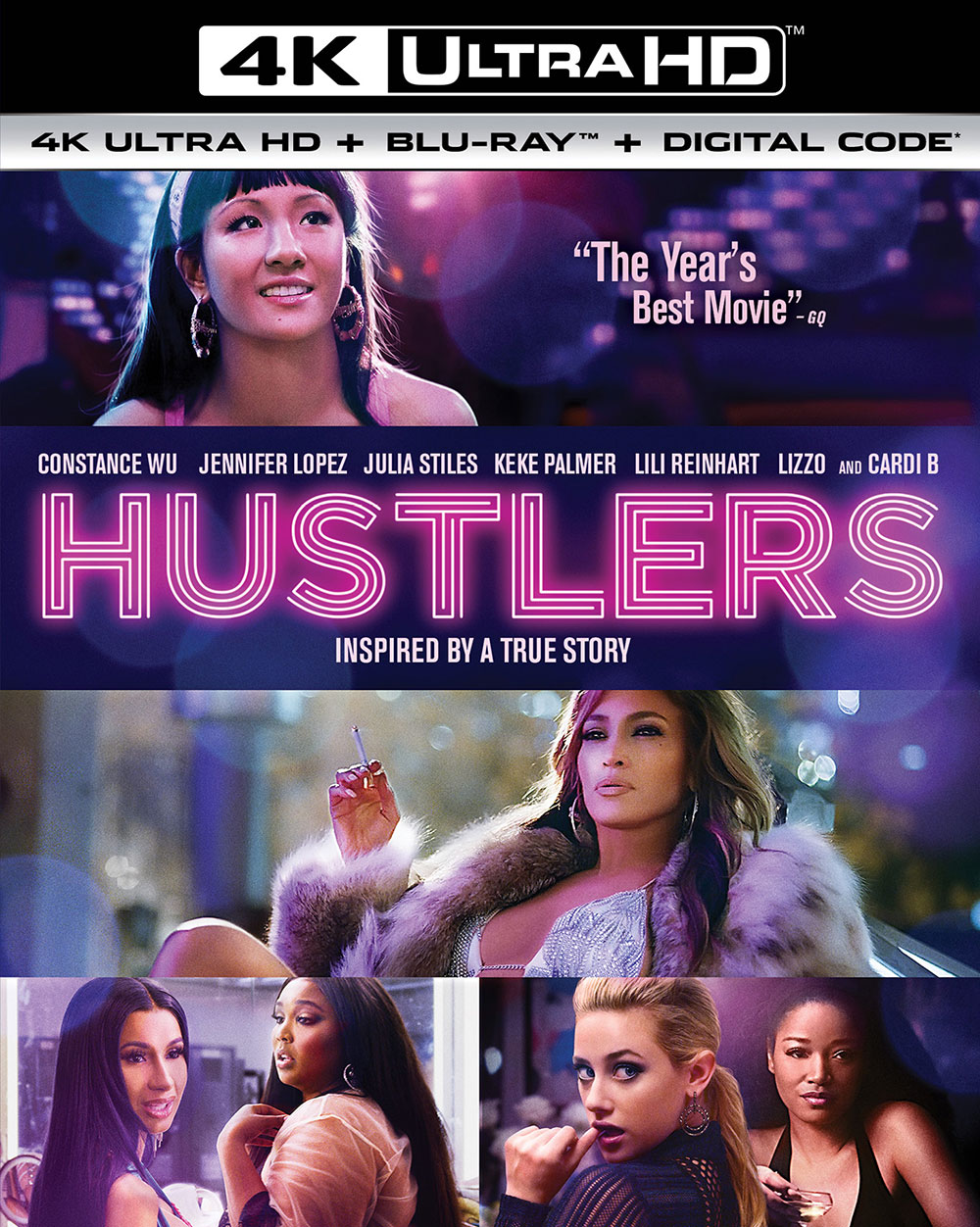