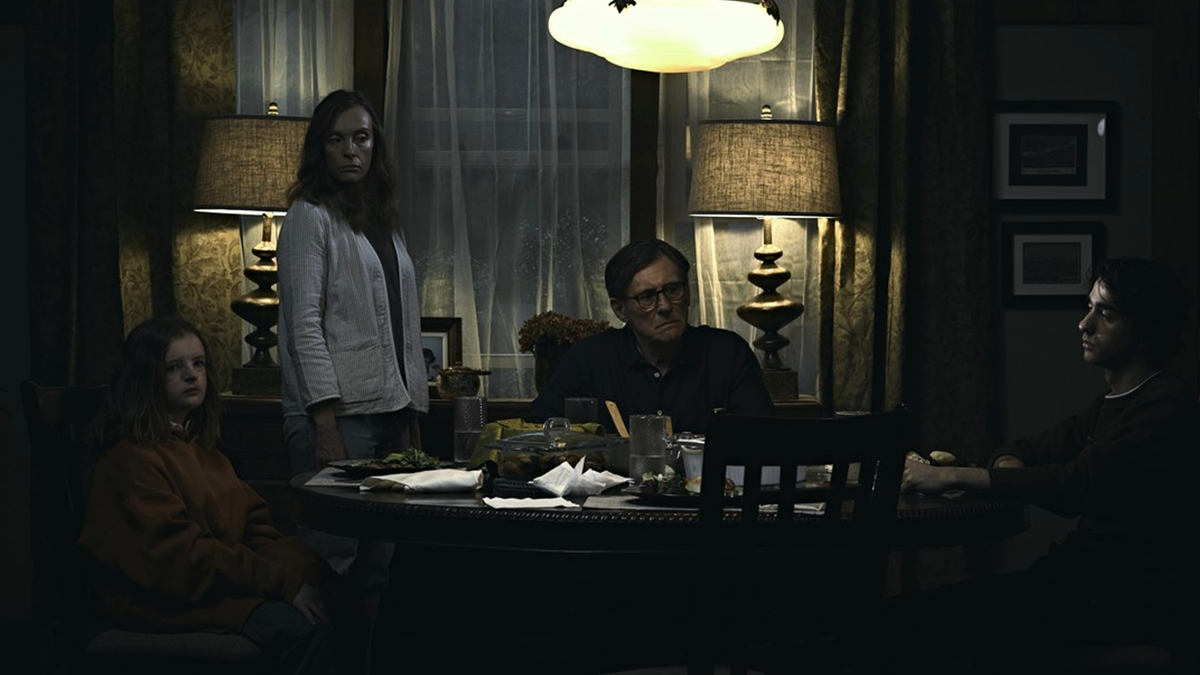 When it comes to scary movies, subjectivity is the name of the game. One person might find The Blair Witch Project the scariest movie they’ve ever seen and others might say Silence of the Lambs have them up that night. For me, if it matters, it’s Stanley Kubrick’s 1980 masterpiece The Shining. I don’t know what it is about that film, but it gets to me – every single time. Suffice it to say that the horror movie genre is a very personal thing. We must choose wisely when watching a movie that will keep us up that night, no? Also, as a film reviewer, there’s that question of simply being desensitized. When you see elements of one horror movie in another, it’s a “been there, done that” mentality that’s hard to ignore. I’d heard and read that Ari Aster’s Hereditary was supposed to be a film that would scare me to death. That’s all the temptation needed for me. This begs the question: is it?

Annie’s (Toni Collette) mother has just died. Their relationship wasn’t the greatest and therefore there are some mixed feelings about her passing. Husband Steve (Gabriel Byrne) and kids Peter (Alex Wolff) and Charlie (Milly Shapiro) all deal with the loss in very different ways. Charlie exhibits some troubling behavior and immediately another tragedy strikes. And, without giving too much away, some things start happening that aren’t exactly normal. This leads Annie to question if she’s imagining these things or if there’s some other logical explanation.

Admittedly, that’s a pretty slim plot synopsis, but to be fair if I divulged any more it would most certainly ruin the movie. And what’s a horror movie without the element of surprise? Right.  I’d often thought Toni Collette was overpraised for her role in The Sixth Sense (a horror movie in its own right?), but she delivers a great performance in Hereditary. We don’t see Gabriel Byrne (The Usual Suspects) in films that much, either so his presence is a welcome change of pace. At the end of the day I can only offer my personal comments on the film and I’ll say it’s well-made, well-acted and directed, but as far as it scaring the hell out of me? Not so much. It is one, though, that stays with you after the credits roll. And maybe that’s the most defining characteristic that a horror movie can possess?

Lionsgate’s Ultra HD 4K Blu-ray presentation is shown in a rather unique aspect ratio of 2.0:1. Being a new to the format film and having never seen it, I can say that if you’re expecting a bright and colorful film you’ll need to look elsewhere. Cinematographer Pawel Pogorzelski certainly has a vision and a creative approach that I’ve not seen a lot before. The visuals are stylized, muted and we’ll just say…unique. The 4K HEVC image looks solid, detail is spot on sharp and even scenes that are nearly pitch black, seem to handle the color palette with the greatest of ease. Darker films are ripe for macroblocking and artifacting issues, but this one avoids both. It’s a great-looking film that certainly adds to the allure of the film (and the genre).

What might be best described as an “opportunity missed” is the lack of a Dolby Atmos track. That said, the included DTS HD Master Audio mix has some truly amazing moments when it comes to sound. Colin Stetson’s dramatic score resonates though the channels pumping an eerie mix of doom and gloom into the air. Vocals are pure and crisp and the surrounds seem to be in perfect harmony when panning and sweeping shots are on display. It’s a nice, well-versed mix that’s sure to please and is a definite player in the game.

Horror movies are a mixed bag. When done right, there’s really not a more satisfying experience than to be scared. Really, there’s not. But as I referenced in the opening paragraph, what’s scary to one person might be laughable to the next. When it comes down to it, Hereditary didn’t scare me like I thought (and hoped) it would, but that’s not to say that the desired effect wasn’t felt on another. Lionsgate’s presentation is spot on with excellent visuals and a great soundtrack (despite the lack of an Atmos mix). The extras are paltry, however, so only add this one to your collection if you’re a true fan. 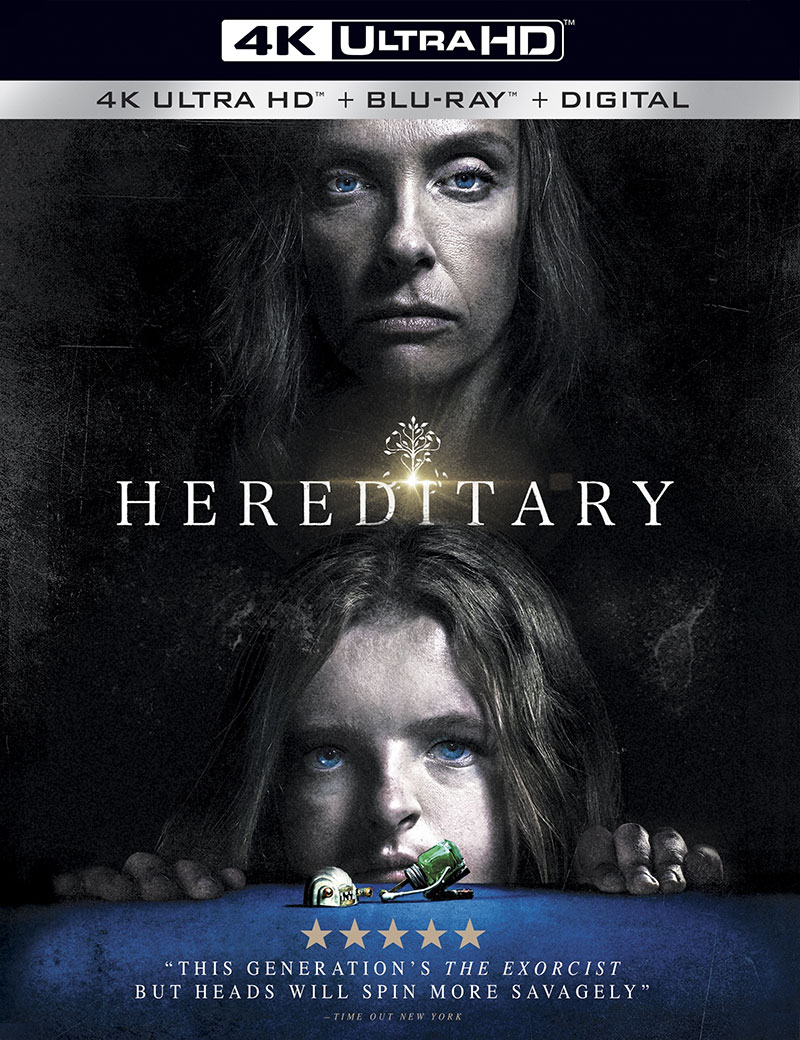