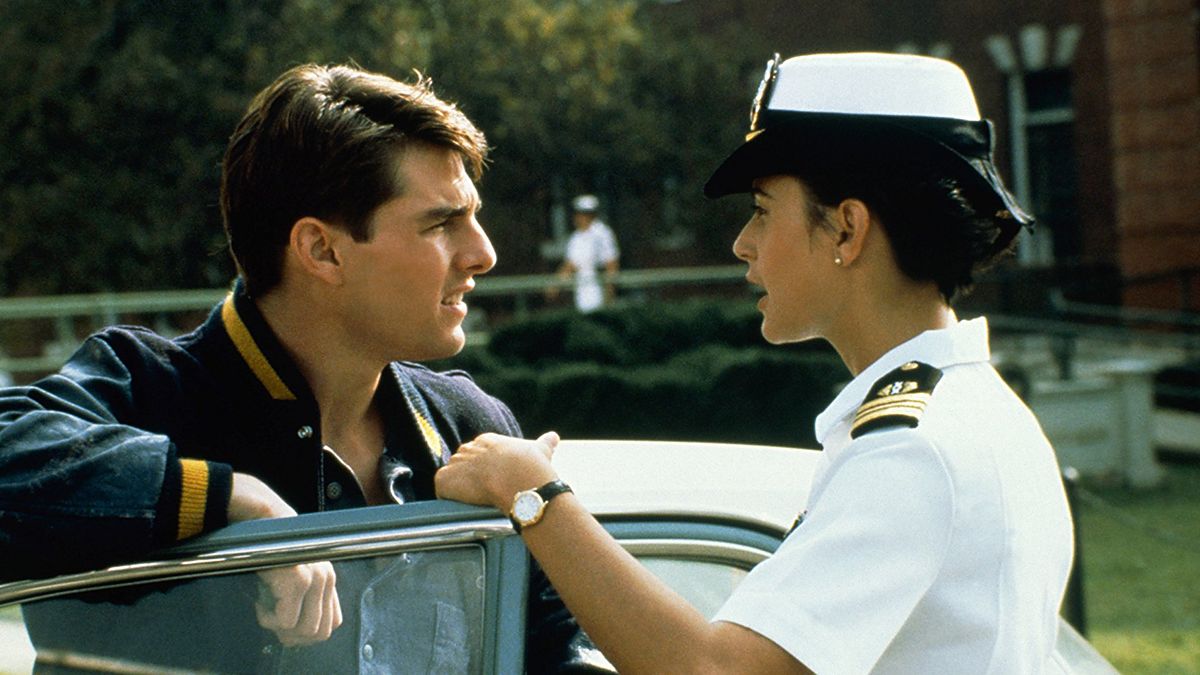 It’s now been a quarter of a century since two of the biggest movie stars of all-time teamed up in a military courtroom drama (an underused genre, to be sure). Tom Cruise and Jack Nicholson were at the top of their game. Since then Nicholson has won another Oscar and Tom Cruise has changed wives and gotten progressively more and more obsessed with Scientology. I’ll keep Cruise’s social life out of this review from now on but let’s just say that his marquee power is still pretty much the same it was, if not more, than it was in the early 90’s. For those who don’t know, A Few Good Men was based on a play written for the stage (and later on, the screen) by Aaron Sorkin; the creative force behind The West Wing during its early years. Putting Cruise and Nicholson aside, we’ve also got an ensemble cast that included Demi Moore (still coasting in the wake of her success with Ghost), Kevin Bacon, James Marshall, Kiefer Sutherland, Christopher Guest and Kevin Pollack to name but a few. So there’s star power, a great script and I might add: overacting at its finest.

For those that are intimidated by a fancy plot line, this one is fairly easy to understand. Two Marines are accused of murder when they mistakenly kill one of their own during a routine joke known as a “Code Red”. The Marines are sent to Washington D.C. where they await trial. The case looks to be open and shut, but it’s assigned to cocky young law school graduate, Daniel Kaffee (Tom Cruise). Kaffee has a track record for plea bargaining and soon figures out that there may more to this case than meets the eye. Together with his team of investigators, Jo Ann (Demi Moore) and Sam (Kevin Pollack) the trio must prove the impossible in that the two Marines are innocent and it was a series of unfortunate events that led to the death and not malice. The case does eventually see a courtroom and Kaffee is up against friend and Marine lawyer Jack Ross (Kevin Bacon) who has the somewhat easy task of going through the motions. Push comes to shove and it’s not long before some of the heavy hitters are brought in, namely Lt. Kendrick (Kiefer Sutherland) and Col. Jessup (Jack Nicholson). The ending act is what I had mentioned earlier, overacting at its finest, yet it oddly seems to work here. Watching Cruise and Nicholson exchange blows has guilty pleasure written all over it.

The movie was a critical and commercial success, even garnering an Oscar nomination for Best Picture (it lost to Unforgiven) and more importantly, made a name for screenwriter Aaron Sorkin. I think had this movie been a flop, we’d never have seen The West Wing. Courtroom dramas come and go and most are entertaining, but very rarely deliver on what they promise. A Few Good Men has pretty much everything one could want in a film: star power, great direction (by Rob Reiner), a solid plot and a great script. A few things get lost in the shuffle but for me, this movie seems to have held up in the test of time. I’ve seen it countless times and every time seem to enjoy it just a bit more.

Sony’s got a very robust catalog and it was only a matter of time before this one got the call. It was one of the first wave of DVD’s way back when the format was announced (the others were Fly Away Home and In the Line of Fire). This new 2.39:1 HEVC 4K image seems to bump up the image quality a bit. Flesh tones are warm and natural, most of the scenes are during the day and the warm, brown hues of the ending courtroom sequence look especially radiant. The HDR adds a bit more color range to the film, though there are other films that take more (and better) use of it. This looks better, to be sure, but I don’t know if I’d say it’s the end all/be all of the 4K format.

While A Few Good Men looks great, the soundtrack holds its own as well. The previously-released PCM track has been replaced by a Dolby Atmos mix that’s sure to please. Vocals are strong and rich and Mark Shaiman’s invigorating score sounds the best it ever has. The movie has never been reference material when it comes to sound and that hasn’t changed here. There’s not a lot to challenge the speakers, and the film is mostly dialogue. Again, this isn’t one to challenge your system, but it’s also the best the film has ever sounded.

Don’t be fooled by the “25th Anniversary” banner on the cover, the supplements are the same and they’re all on the Blu-ray.

This was the first in a line of five Tom Cruise films that all grossed over $100 million at the box office (the next in line were The Firm, Interview with the Vampire, Mission: Impossible and finally Jerry Maguire). If you’re a fan of courtoom dramas like To Kill a Mockingbird or A Time to Kill then this will be right up your alley. It’s nice to see this in 4K with a Dolby Atmos soundtrack and there’s a noticeable difference in both audio and video. But if you’ve already got the Blu-ray, I’d save your money as the supplements are the same.