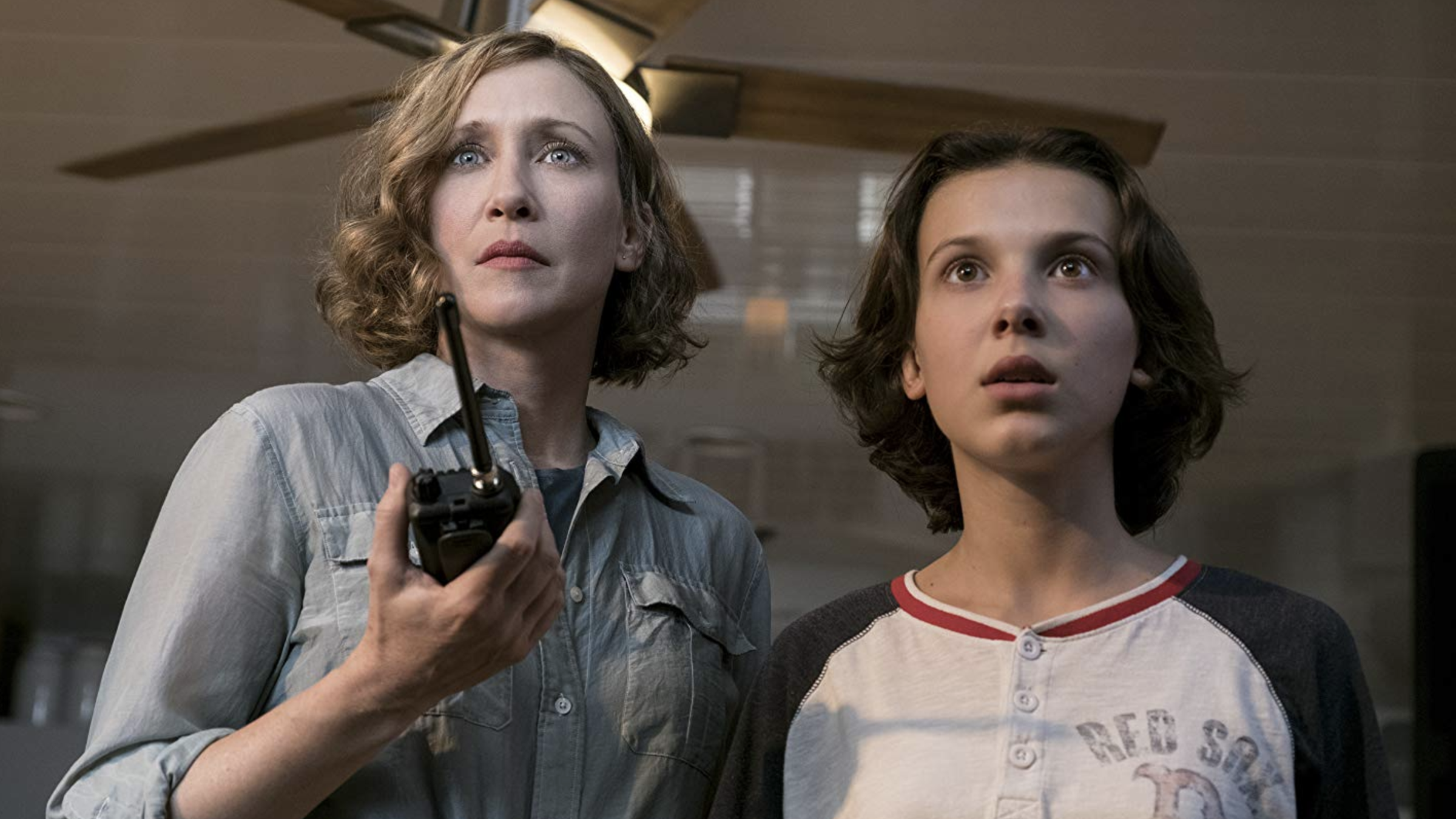 I’ll admit right off the bat that I was never a fan big of the 2014 Godzilla. Characters were weak and poorly developed and the action scenes were muddy and out of focus and the filmmakers kept cutting away from our title character. That and the very look of the king himself left a lot to be desired. I did, however, enjoy 2017’s Kong: Skull Island. I’d like to say I enjoyed this latest outing, but it left me rather unmoved. I did enjoy it more than the 2014 version, but that’s not saying much. Ultimately, the film might please longtime fans, but for all others, it might be hard to garner up much enthusiasm for this mess of a film.

It’s been five years since the last film and titans ruled the world. We meet Dr. Emma Russell (Vera Farmiga) who witnesses the birth of a larva dubbed Mothra. Russell has a device that can alter the mood of titan behavior by emitting frequencies. There’s an attack on the base which leaves Dr. Russell and her daughter, Madison in danger. Emma’s ex-husband, Mark (Kyle Chandler) is brought in to help the situation, but he has a hatred toward Godzilla after a loss of a loved one. Still, he decides to join the team to try and save his family. Essentially, we see that Godzilla isn’t a threat anymore, and the militia work with him to try and stop the titans from taking over.

There’s plenty of action on display here, and some of it can be exciting, but overall, the same problems that plagued the 2014 film return here. It’s simply hard to decipher just what exactly is happening on screen. I’m not a fan of these kind of doomsday like films. The very look of it is dark and muted and I’m simply not a fan. Not to mention the film takes itself a bit too seriously. One of the things I enjoyed so much about 2017’s King Kong: Skull Island was its tone was very light and loose and the characters were clearly enjoying themselves. That, and I just find Kong to be a more entertaining monster. I was mostly checking my watch waiting for this thing to end. I won’t call it terrible, but it did little for me and it’s not something I need to revisit.

When you’re dealing with three-headed monsters or giant moths, I would imagine one would like the image to be as naturalistic as possible. No? Well, the 2.39:1 HEVC 4K image delivers on every level. The use of practical and CGI effects throughout make this seem more realistic than other films of this nature. It’s like we’re observing the destruction through a peephole (if that makes sense, if not bear with me). The entire film seems to have a  darker tone to it. Flesh tones seem warm and natural, but the detail is where this film excels. Though it’s not quite as crystal clear and sharp as I’d have liked, I really have no complaints with how this appears.

I’d wager that when you’ve got a movie that focuses on the destruction of cities with 300 foot monsters battling it out, you’d better have a kick ass audio component to compliment it. And, wouldn’t you know it, that just so happens to be the case here.  The Dolby Atmos track is ample and robust from the opening scene to the end. Essentially every speaker’s range is used with great effect – be it the LFE’s as the buildings fall or the surrounds adding those little explosions and tweets in the background. There’s a lot of dialogue in the film, to boot, and the vocals take front and center here. Everything sounds amazing. Simply put, this is an outrageous display of audio and it’s one of those that you turn it up to 11, sit back and enjoy every bit of it.

Dark and gloomy and just quite boring, Godzilla: King of the Monsters didn’t do much for me. This is the kind of film I’d shrug off with a “Meh”, it just kind of exists. I like the notion of Godzilla being a hero to us and helping out, but little else about the film stuck with me. Here’s hoping the forthcoming big showdown between Kong and Godzilla will erase any bad memories of these two latest Godzilla offerings. Skip it.