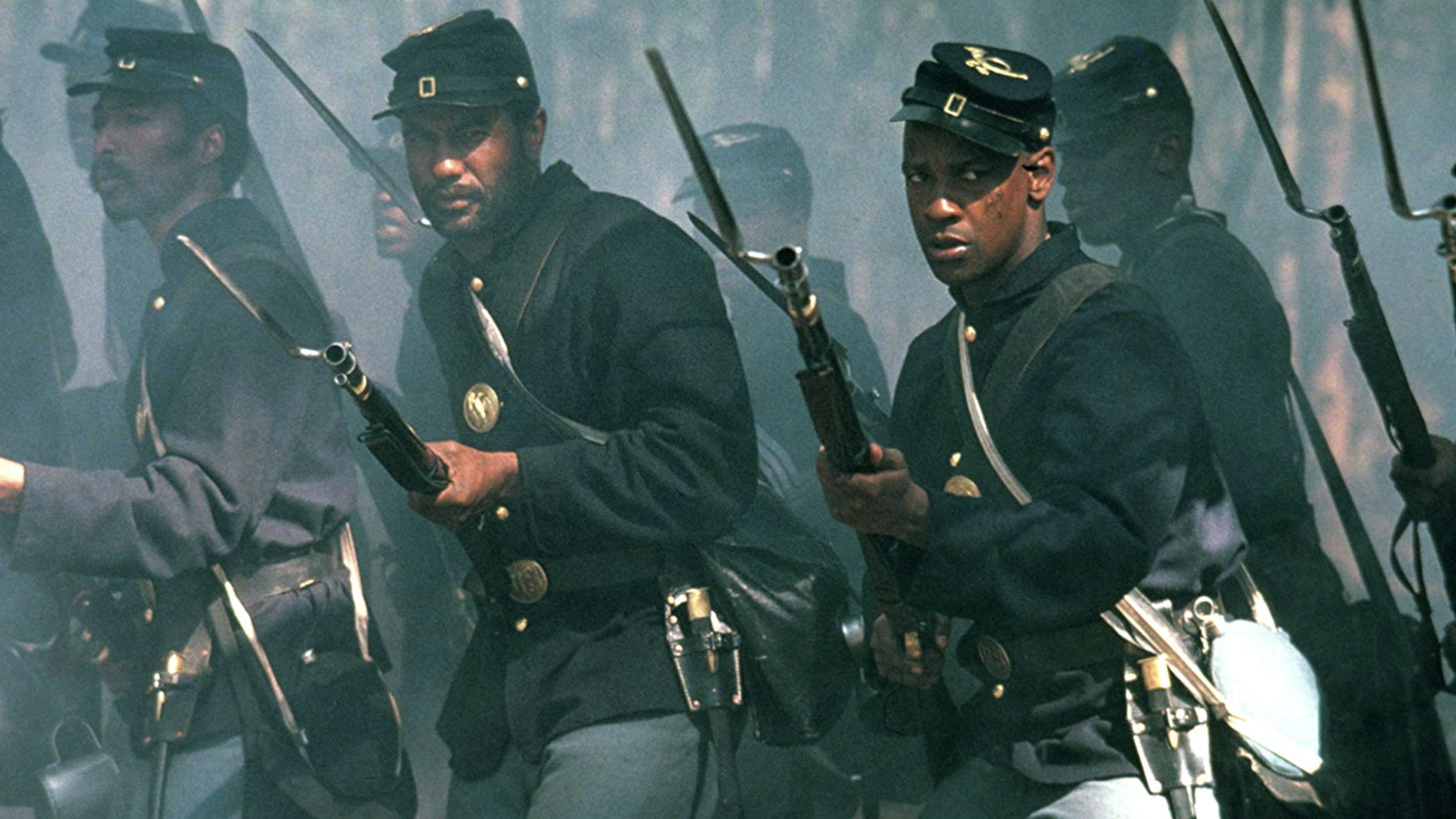 The story of the Civil War has many interwoven tales. While we can definitely say that the cause of the Civil War was, in fact, slavery, it goes much deeper than that. War has been a popular subject for movies ever since they began, more than one hundred years ago, and the United States’ Civil War has been right in the middle of the celluloid. From movies like Dances With Wolves to Gettysburg, the Civil War’s grittiness has been the sight of a country divided and a part of our history that literally pitted brother against brother. Glory is Director Edward Zwick’s stab at telling about the first all black regiment in the Civil war. This was very controversial, as you can imagine, having “slaves” fight as soldiers in a war. This is the true story of the Massachusetts 54th, who were the first black soldiers to enlist and fight. Overall, 180,000 “men of color” ended up enlisting and President Lincoln credited these men with helping turn the tide of the war.

The battle of Antietam is being fought. In hindsight, it’s one of the worst defeats that the Union forces have suffered, and it’s also the first time that we see Robert Gould Shaw (Matthew Broderick). At the time this movie came out, which was just three years after Ferris Bueller’s Day Off, I did have somewhat of a time accepting Broderick in this role. He was still in his twenties! But then it hit me that the soldiers who fought in this (and many other wars) war were men of his age. It wasn’t uncommon for officers to be still in their twenties, leading men into certain death. So with that being said, I have to say this this is one of his better roles. The story of Glory is based upon his letters and that of history books as well. Having been brought up in a wealthy Boston society, Shaw has never really known true work or labor. His parents are on a first name basis with the Governor of Massachusetts, they have maids and butlers and he hasn’t really ever had to work for something a day in his life, though he is very intelligent. His parent’s, at a social function, have just learned that a regiment of all black soldiers are to enter the Civil War and it’s Shaw (a Major at the time) has been chosen to take command of the troops and become their General. Not knowing what to think, Shaw at first reluctantly accepts, as he wants to make a difference in the war effort. His best friend and fellow officer, Cabot Forbes (Carey Elwes) is chosen as the second in command.

As the movie progresses, we see that the soldiers are nothing more than window dressing. They are being used for manual labor and not battle as promised. They are looked down upon and sneered at by their fellow Northern armymen and they are even paid less than the average white soldier. A very riveting scene occurs in which the entire army tears up their pay vouchers under the guise that a colored man can stop a bullet the same as a white soldier. True. Under the leadership of Shaw, the men start to come together as a unit. They manage to acquire shoes that fit (one of the things that we take for granted), uniforms and most importantly…rifles. The story of Glory is based on true events, and it’s very historically accurate. While Glory may not exemplify the typical “Hollywood Ending” that so many other movies do, it’s cuts right to the heart of what war is.

The film is now three decades old and Sony does take care of their catalog titles. Sporting a new 4K transfer, the image was bound to be an improvement over the previous versions. It is. And it’s amazing. Some of the scenes still have a bit of grain to them, but given the way this film was shot (on film), I found it added to the allure of the picture. It has a lot of gray, bleak colors that in turn saturate the picture even more. The film has several shots that are filled with rain, which only adds to the “gloominess” of the picture. Flesh tones appear to be on target, but as I noted, the colors are very saturated. Black levels are right on track as well, and there is only the slightest hint of digital artifacting. I can only say that I wish more movies of this age looked as good as Glory. And this new 4K image is nothing short of spectacular.

The film won an Oscar for Best Sound in 1990, so it’s reasonable to expect that any movie that wins an award for Best Sound will have a substantially active and dynamic mix. And it does. The new Atmos soundtrack sounds very full and rich throughout. If any movie out there will make you appreciate having a subwoofer, this would be one of them. The dialogue is clean and clear throughout and the surround effects (which come in the form of guns and explosions throughout). As I mentioned earlier, the LFE will take over this movie. From the opening scene at Antietam to the ending scene along the shores of Carolina, the sound never lets up and it’s a tribute to how good a older movies can sound. I simply can’t say much more about this sound than to have you listen to it yourself and be amazed!

This two disc set carries over the extras from the Blu-ray and adds a few new ones on the 4K disc.

There are plenty of films about the American Civil War. This is, in my humble opinion, the best of them. Gritty, unrelenting and wonderfully-acted it’s simply one of the finest war films ever made. Sony’s new 4K version knocks it out of the park with reference-quality audio and video. This deserves a spot in anyone’s film collection.