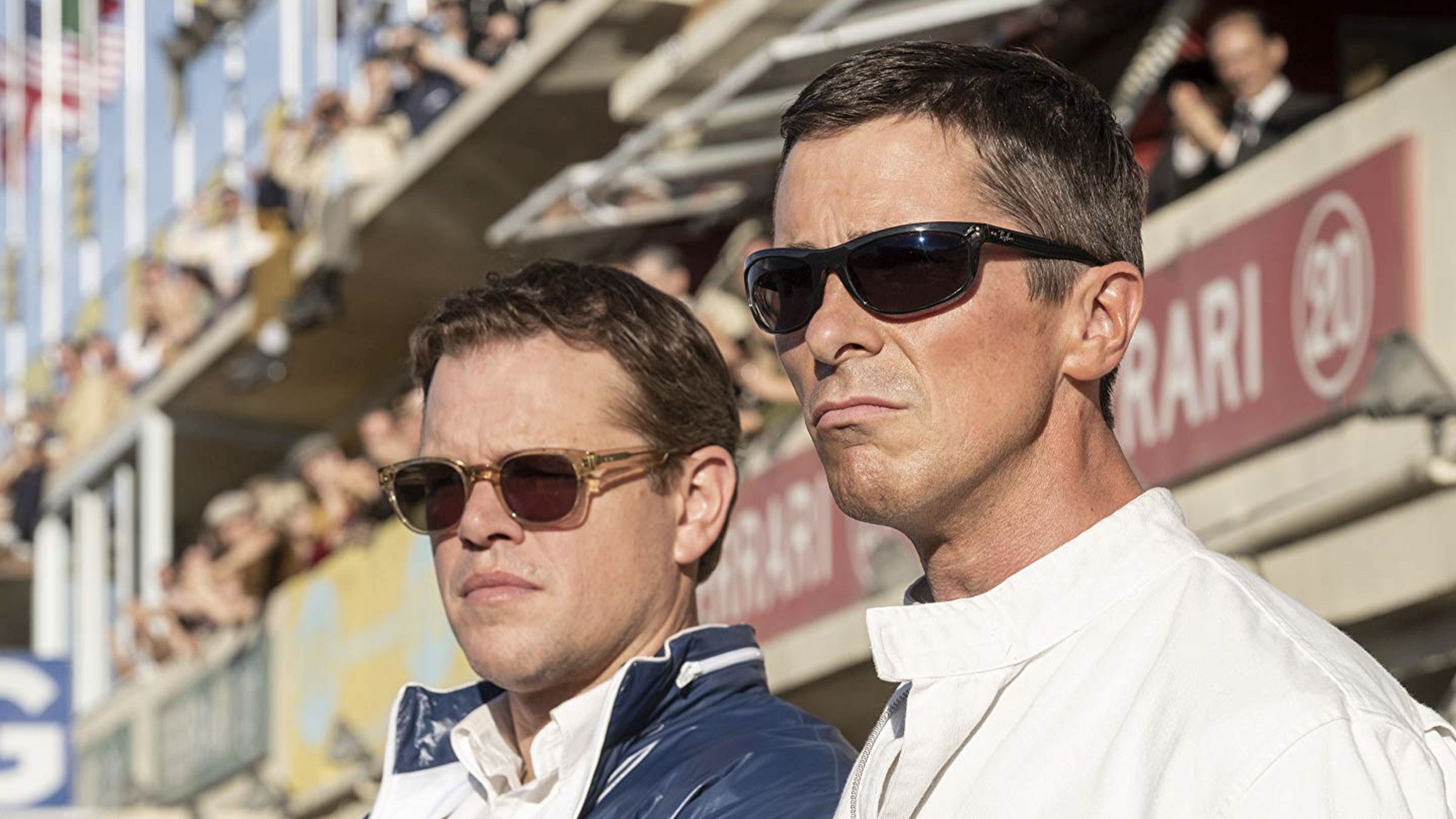 I’m convinced that the less one knows about Ford v Ferrari, the more enjoyment they’ll get out of it. I knew nothing of Carrol Shelby other than the Ford Mustangs that have his name on them usually have around 500 horses underneath the hood. Ken Miles? Never heard of him. And the only thing I knew about Lee Iacocca was that he was the father of the Mustang – and the minivan. I’d heard of Le Mans, but didn’t realize that it was a 24 hour thing (though now the title “24 Hours of Le Mans” does make a lot more sense). You see where I’m going with this. Ford v Ferrari tells the story of the 1966 Le Mans race and does it well. And director James Mangold continues his trend of delivering top notch films with the greatest of ease.

Henry Ford II (Tracy Letts) had some big shoes to fill. In the mid 60’s he watches as his family business struggles. On the suggestion of Vice-President Lee Iococca (Jon Bernthal), is to have Ford buy Ferrari motors. By doing this they’ll essentially be guaranteed a win at Le Mans. Ferrari isn’t too pleased with the offer and doesn’t exactly “politely” decline. Carroll Shelby (Matt Damon), a former racer who once won Le Mans, is recruited by Ford to help develop a car that will compete with Ferrari’s entries. Shelby’s one caveat is that his racing pal, Ken Miles (Christian Bale) is the driver. But Miles has become known as a hothead (Bale was born for this role, evidently) and the Ford execs aren’t exactly pleased. Still, the film follows as these two men attempt to do what they’ve been tasked with – win the race and humiliate their boss’s rival.

At 152 minutes, it would be very easy for this movie to drag. It doesn’t. The movie whizzes by at 200 miles an hour. I found the performances by Damon and Bale the anchor that the movie needed to succeed. The movie was nominated for Best Picture (it lost to Parasite), which was a bit of a head-scratcher. It was good and entertaining, but not Best Picture material. Mangold continues to deliver film after film that I simply love: Walk the Line and Logan are two others that, to me, would easily fill a Saturday afternoon. Gearheads are most likely going to be entertained and for the rest of us who wouldn’t know a five speed if it hit us in the face – well, we’ll be entertained as well.

Looking at the image in 4K is like being in the stands at an event. Well, maybe it’s not that good, but I was hard-pressed to find anything wrong with this image. Clarity is fascinating, detail is off the chart and the physical look and feel of the movie is really what got my motor running (I’ve been waiting for an excuse to use that phrase for some time now, and I figured the opportunity wouldn’t present itself that often). As of this writing, both Damon and Bale are in their mid to late 40’s and are starting to show the signs of aging. Yes, it happens to us all. By that I mean that the image is so clear, we can see the imperfections in their once moviestar good looks. Flesh tones are spot on and contrast is only heightened by the HDR, which gives the film a more intense look. This is one good-looking film.

Ok, let’s be serious. There are movies that simply “sound good” and there are those that make watching the movie an actual experience.  This, if you hadn’t guessed, is one of the latter. This is probably one of the most active, robust mixes I’ve heard in a long time and as cliché as it sounds, the Dolby Atmos soundtrack does put you right in the driver’s seat. The whirring of the cars going by, the squeal of the tires and the roar of the engine all combine to make this an energetic mix that really never ceases to deliver. The only downside is that the Dolby Atmos mix is only found on the 4K disc, the Blu-ray feautres a DTS HD Master Audio track that’s still great, but doesn’t hold a candle to the Atmos mix. Crank this one up, folks – it’s a winner.

Like racing, this one’s all over the place. First off, the 4K disc doesn’t contain any extras, it’s the movie only. All of the supplements can be found on the Blu-ray, though if you redeem the digital code, you’re treated to some more extras not found on the physical disc.

I enjoyed Ford v Ferrari. Damon and Bale are two of the better actors working today and they both bring it to their performances in the film. I had no knowledge of the events around this race or really who any of the folks were. I think that’s why I enjoyed it so much. Top notch technical specs and a pretty robust documentary (along with a few “hidden” extras) make this one an all-around winner.