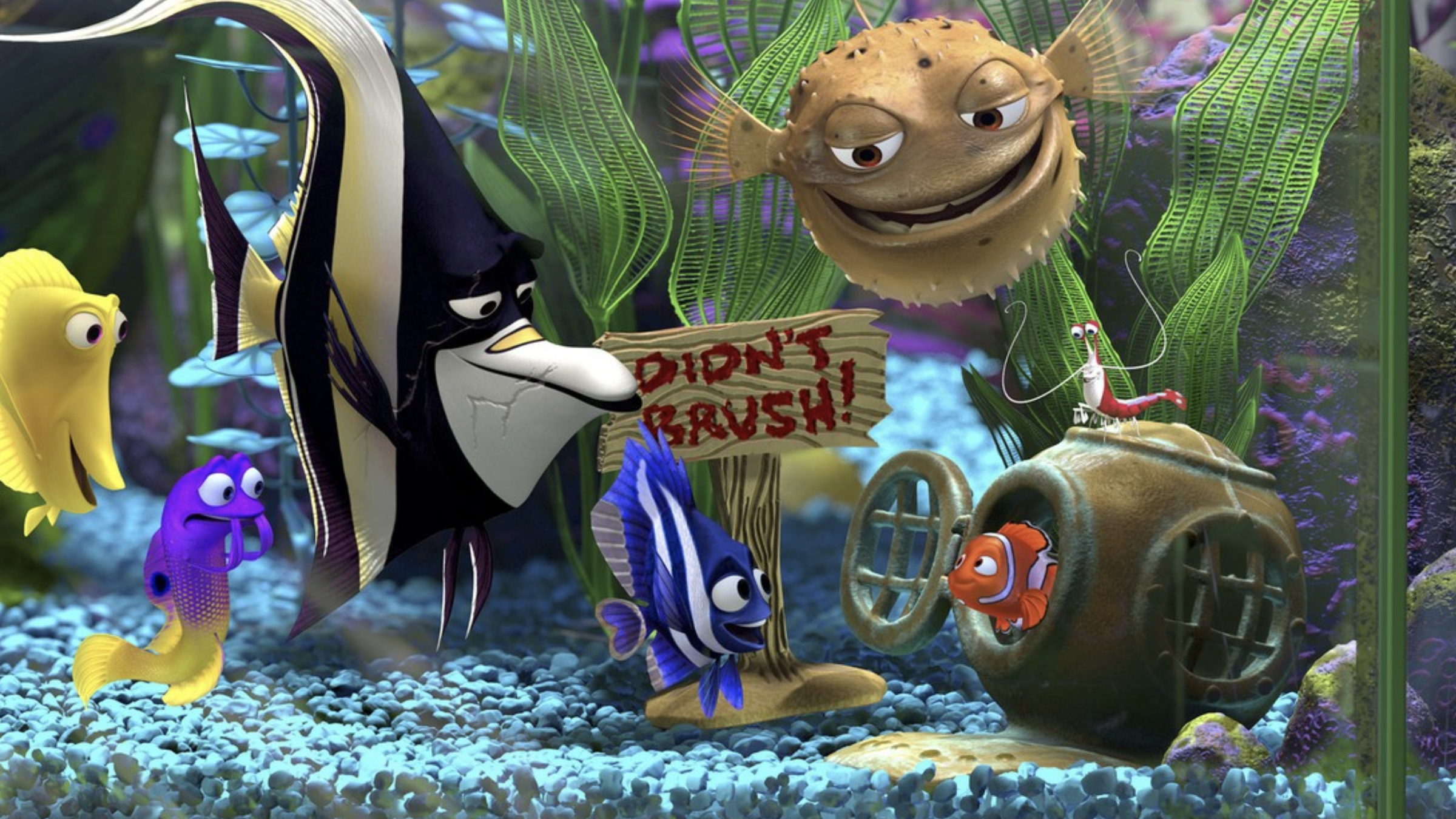 Ok, my Pixar list is now complete.  It wasn’t until Finding Nemo came out on Blu-ray that I’d seen every film that Pixar had to offer.  Why did it take me nearly a decade to see what many consider to be the best Pixar film?  I have no idea.  Maybe part of it was stubbornness and the other part desire.  Still, as I mentioned, it’s a thing of the past.  Now as many know, the Pixar films go all the way back to the mid 90’s with their inaugural effort of Toy Story (which some say is the best Pixar movie of all-time).  Granted that film could probably be made on a $500 computer, but in its time it was state of the art.  Pixar followed up their success with several other films like A Bug’s Life, Monsters Inc. and the aptly-titled sequel Toy Story 2.  Each was critically and commercially acclaimed which paved the way for more Pixar films to come.

The plots of these films aren’t really that hard to follow and they shouldn’t be as they’re aimed at kids, but like so many other their films, there’s a bit of adult humor thrown in for good measure.  We meet Marlin (voiced by Albert Brooks) as he’s lost his wife and many of his offspring.  Nemo (voiced by Alexander Gould) is his life and it’s now time for him to go off to school.  But Nemo drifts a bit too far in the open water and is whisked away into the deep blue sea.  Before he knows it, Nemo finds himself in a dentist’s office fish tank, along with some other colorful characters.  Marlin is determined to get his son back and with the help of the bubble-headed Dory (voiced by Ellen Degeneres), they attempt to make their way to Australia, avoiding various pratfalls and obsticles along the way.

Now that I’ve seen Finding Nemo, I’m trying to think where I’d rank it in their films.  I’d have to say in the middle somewhere as my three favorites are The Incredibles, Ratatouille and Toy Story 2.  Again, that’s just me and I’m sure that every single person has their own favorite Pixar film.  As we might expect, the cast is littered with A-List Hollywood names like Willem Dafoe, Brad Garrett, Stephen Root, Geoffrey Rush along with the leads Ellen Degeneres and Albert Brooks.  Finding Nemo was one of the more successful Pixar films, grossing over $300 million back in 2003 and while Pixar has never had a bona fide “flop” per se, their more recent works like Cars 2 and Brave, just don’t seem to have the same heart as these earlier films.  Suffice it to say, at long last, the wait is over and I don’t think I’ll ever look at my fish tank the same way again.

I think, by now, we all know what to expect when we pop in a Pixar movie in our Blu-ray (or even DVD) player.  Yeah, stunning, excellent, amazing, jaw-dropping and so forth.  Finding Nemo is certainly no exception when it comes to picture quality and there are even a few nifty little features that let you turn your TV into a living aquarium.  More on that later.  The film swims onto the 4K format with a stunning 1.78:1 HEVC transfer is literally candy for the eyes.  The deep blue hues of the ocean are contrasted with the bring orange and white of Nemo and Marlin. Dory’s yellow and bright blue pop off the screen and every little speck of sand, sea creature and everything in between looks positively amazing.  As I so often say, I could go on and on but I think it’s safe to say that no one will be let down when it comes to how this looks on screen.

Equally amazing is the Dolby Atmos soundtrack.  From one of the first lines of dialogue, it was so rich and clear that I just knew I’d heard that voice somewhere!  Yes!  It was Albert Books and as a longtime fan of The Simpsons, I almost instantly recognized it.  The other vocals are so rich and clear, that it’s almost like the actors are sitting behind the TV reading their lines.  LFE are involved during a few moments in the film, namely with the shar who attempts to make them their lunch.  Surrounds are ever so active and do exactly what’s needed to give the soundtrack some depth.  There’s really not a thing wrong with the way this sounds – prepare to be amazed.

The supplements appear to be the same as the 2012 Blu-ray (also included in this set). There are no supplements on the 4K disc.

Of all the Pixar films, many consider Finding Nemo to be among the best (if not the best) of the bunch. It inspired a 2015 sequel, Finding Dory that’s equally as good. The leap in picture quality and audio is noticeable, but nothing mind-blowing. Unless you’re hoping to compile a Pixar 4K collection (and Pixar hopes you are), I’d stick with the Blu-ray.