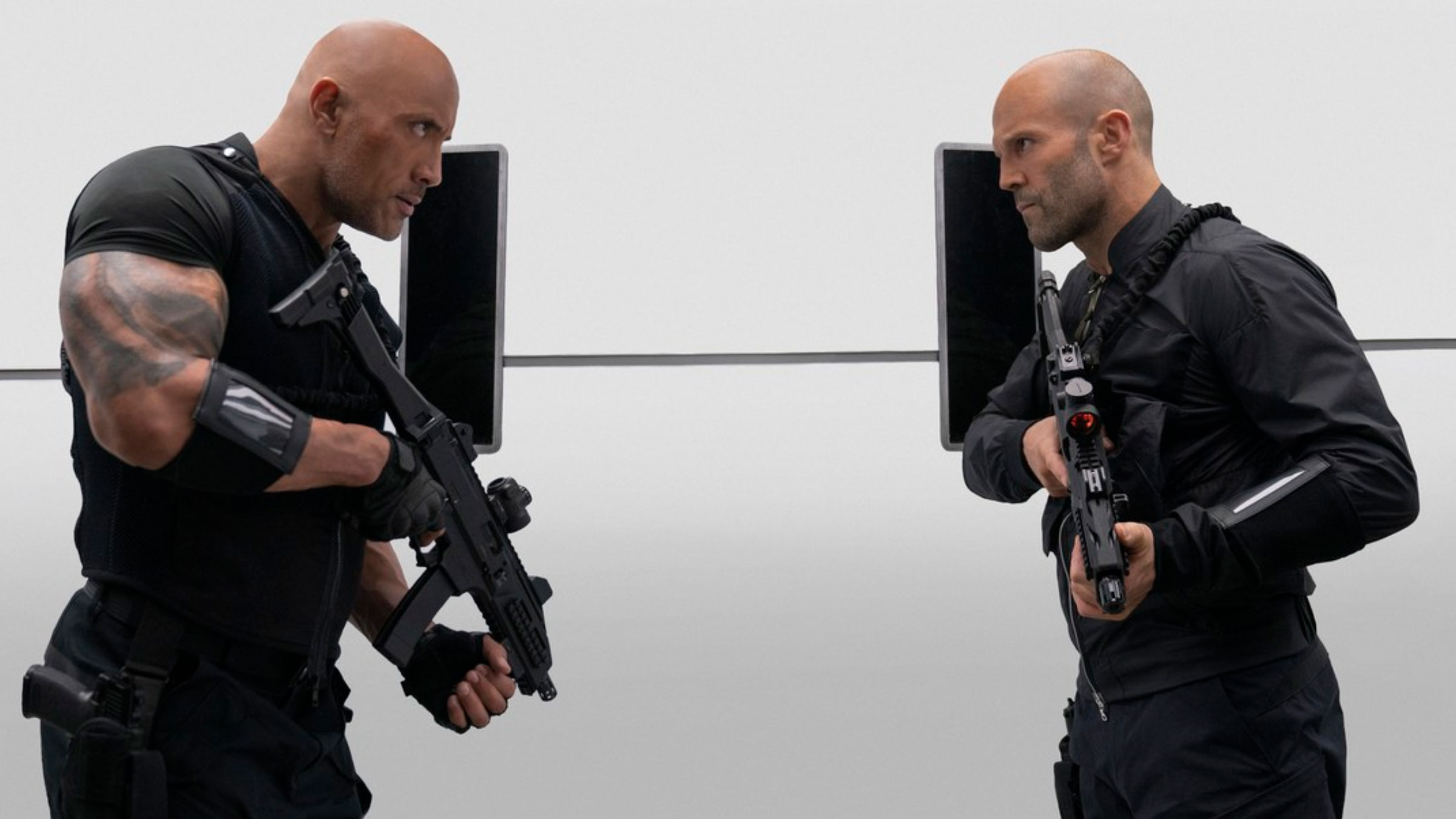 While I don’t consider myself a diehard fan, I still enjoy the Fast and Furious films overall. I still have random moments where Paul Walker’s death continues to shock me. The actor died in a tragic car accident in November of 2013 and Furious 7 was his final performance. That film did a wonderful job of sending his character off on a bittersweet note. I was less than impressed with 2017’s Fate of the Furious, however. It really felt that the series needed to call it quits. More chapters are on the way, but this spinoff film strikes a nice balance with stars Dwayne Johnson and Jason Statham sharing some nice, easy chemistry even if their characters butt heads a lot. We also get a solid turn from Idris Elba as the villain. The ingredients are all here, so how does the film stack up? Read on.

This time a cyber-genetically enhanced anarchist Brixton (Idris Elba) is on the loose and wreaking havoc. He’s essentially a real life Superman. So with someone who’s virtually invincible one must call out all the stops and that’s where Luke Hobbs (Dwayne Johnson) and Deckard Shaw (Jason Statham) enter the picture. I won’t go through all previous films, but basically these two don’t exactly get along, but they’re asked to team up. Maybe not the most original plot, but it works here. I like the idea of a buddy film where our two leads aren’t exactly buddies. The plot involves Deckard’s sister, Hattie Shaw (Vanessa Kirby) as an agent on the run after she injects “Snowflake” into herself before Brixton can get it. Snowflake is a super virus and it’s what Brixton is after. It can turn anyone into super agents which make them virtually invincible. Although they’d prefer to work solo, Hobbs and Shaw are assigned to each other and this sets the wheels in motion.

With a plot that’s simple yet involving enough, the film keeps us with it. It is too long and could’ve used some tightening in scenes, but it’s also a lot of fun and gives the audience exactly what they want. There’s a last minute visit to Samoa where the climax takes place and it’s a lot of fun seeing Hobbs and his family help them out. All this would be for naught if not for the chemistry between Johnson and Statham. The two are fun together and I had fun watching them. One of the pleasures of the film is that it doesn’t take itself too seriously. We get familiar action scenes, but it adds twists to them. One example is when Shaw takes an elevator down as opposed to the more difficult way which Hobbs has to resort to. There’s a lot of that in the film. For some it might be too much after a while, but if you’ve been with the films thus far, then why stop now? I also feel it’s an improvement over the previous Furious film which left a lot to be desired. There are also a couple of fun cameos as well.

Anyone who’s seen any Fast and Furious movie (I’ll lump them all together since, visually, I think they’re all about the same) will know what to expect. The old attige “if it ain’t broke…” comes into play when looking at the 2.39:1 HEVC 4K image. And yes, it’s pretty darn spectacular. All the usual caveats are in place with HDR leading the way with bold, brash colors and offering more on the contrast to give a more in-depth picture. Of course detail is never an issue with any new film and what better way to see two bald men than in 4K, no? Simply put, this is one fine-looking picture that showcases every bit of what the format is capable of. Zero complaints here, folks.

Are you kidding? If ever there was a film out there that would take advantage of every speaker in your room it’s this one. And they’re all used time and again. For me, the immersive experience was all about the wheels. Yes, there’s something about screeching wheels that just does it for me. I know, that’s weird. Seriously, though, there’s so much going on that it created a dizzying experience for me that never really let up. Dialogue is up to par as well with Johnson and Statham seeing who can sound more “manly” (my vote goes to Statham for what it’s worth). Add the LFE and you’ve got yourself one hell of a soundtrack. Dolby Atmos FTW!

It might not be quite the homerun, but I had a lot of fun with this film. It knows not to take itself too seriously. It also gives us a worthwhile villain to boot. It is too long and could’ve used some tightening, but should you enjoy action films of this sort then this one should satisfy.