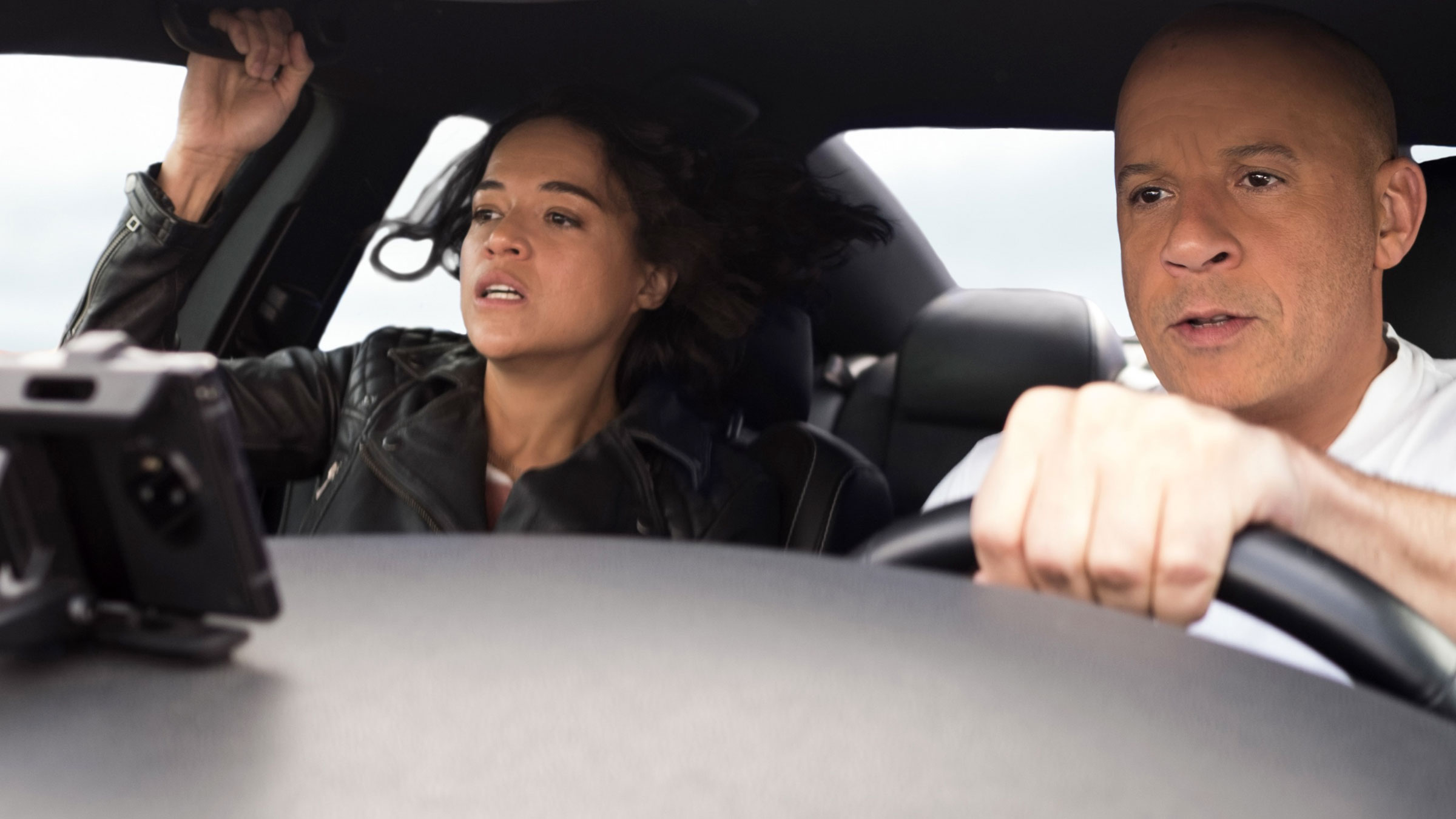 When I read the “What’s it all about” part of this review, I want to reply with a simple “it’s about family” and if you’re like me, you can get a good laugh out of that. Whether you are a fan of the Fast films or not. There have been countless memes online and on social media utilizing that quote and to good effect I might add. The Olive Garden one makes me laugh. It’s sad when I take that away more from this film than actual good memories, but that’s the way it is I suppose. I have been a fan of these films since the 2001 original, but I will also be the first one to say that they are well beyond running their course. For me it should have ended with Furious 7 which was also (sadly) the final film starring Paul Walker before his tragic passing in 2013. It should be noted that his character, Brian O’Conner is still alive and well in the series, even though we haven’t seen him again. There’s a surprise at the end of this film, but beyond that there was a reference in the previous installment, but that’s it. I get that the show must go on, but they’re scraping the bottom here. Let’s take a look at what you can expect.

We flashback to 1989 where we see a young Dom Toretto and his brother Jakob on a racetrack. Their father is present and there’s an accident which causes Dom to attack a man, nearly beating him to death. It’s concluded that Jakob worked on their father’s car and Dom realizes that Jakob caused their father to crash which resulted in his death. Some time later, the two compete in a race and Jakob loses and he is forced to leave town. We then cut to the present where Dom (Vin Diesel) is retired living a secluded life with his family on a farm. It isn’t long before Dom is called back into action when it’s learned that Mr. Nobody’s (Kurt Russell) plane was attacked. Dom agrees to help when he learns that his brother (now played by John Cena) may be behind the attacks. Also returning here is Charlize Theron as Cipher and virtually all the other cast members from the previous installments. Naming them all would prove redundant, but fans will know who they are. I will be honest, there is a LOT of plot here. More than a film like this needs, but I found it very hard to get involved with this one. I will say that I enjoyed it more than the 8th film, but that isn’t saying much. Cena makes a worthy adversary, but his motives can be a bit murky. Also, we are treated to countless flashback sequences that just took me out of the film. When you start to do this, I just can’t stay with it. It doesn’t help that the younger versions of these characters aren’t the best actors and don’t really favor their older counterparts. The young Dom seems to start and stop his gravelly voice. It’s as if he isn’t sure how much he wants to commit to it. The action scenes are ok, but the whole outing shows its age and feels tired.

I realize I haven’t touched on another big reveal. Most will know from the trailers revealing it, but the thought-to-be-deceased character of Han (Sung Kang) is back. We learn how and the reasoning behind it is all a bit silly. Let me just vent for a second, but films that use this tool (and this isn’t a first for these films) undermine and negate previous chapters. Furious 7 provided great motivation for the Dom character to seek vengeance for his friend that he thought was dead, but this just makes it seem like all is well again. I find that a cheap excuse for fan service. It was rumored that social media played a big part in his return. I enjoy the character, but they earned that death and emotion from us. The filmmakers should make their own films based on what they want to bring us, not commenters online. I just wonder where it will stop. What other characters will be revived or become friends that were prior villains? I just can’t get on board with it. With all that said, if you can check your brain at the door, there can still be entertainment value here. I just think the series needs to come to some finality and finally rest.

The 2.39:1 HEVC 4K transfer looks nothing short of amazing. I saw the film theatrically, and this looks about as good. Colors pop and sizzle and there’s certainly no shortage of strong visuals. I can’t think of any negatives here, but really for such a recent film there shouldn’t be any. Across the board, this transfer is pleasing.

F9 zooms (sorry, had to) onto 4K with a bombastic track that starts off strong and doesn’t let up. Sometimes the bass can overpower the vocals, but that is to be expected sometimes with a film of this sort. The vocals are crisp, and all the channels get their use. We have an Atmos and Dolby TrueHD option to choose from. You can’t go wrong here.

I have a lot to say, but I did enjoy this overall even if I feel it is severely flawed. I miss Paul Walker and I feel the film drowns in endless flashbacks which weren’t needed. Things get more implausible here than ever before and it feels like they’re running on fumes. I also don’t like the revival of dead characters as I feel it cheapens the impact of previous films. I didn’t mind the reveal in an earlier chapter, but they’re overdoing it at this point. Fans will have no qualms about this film or this disc, but if you’re like me, I am invested, but ready for them to finally conclude this series.