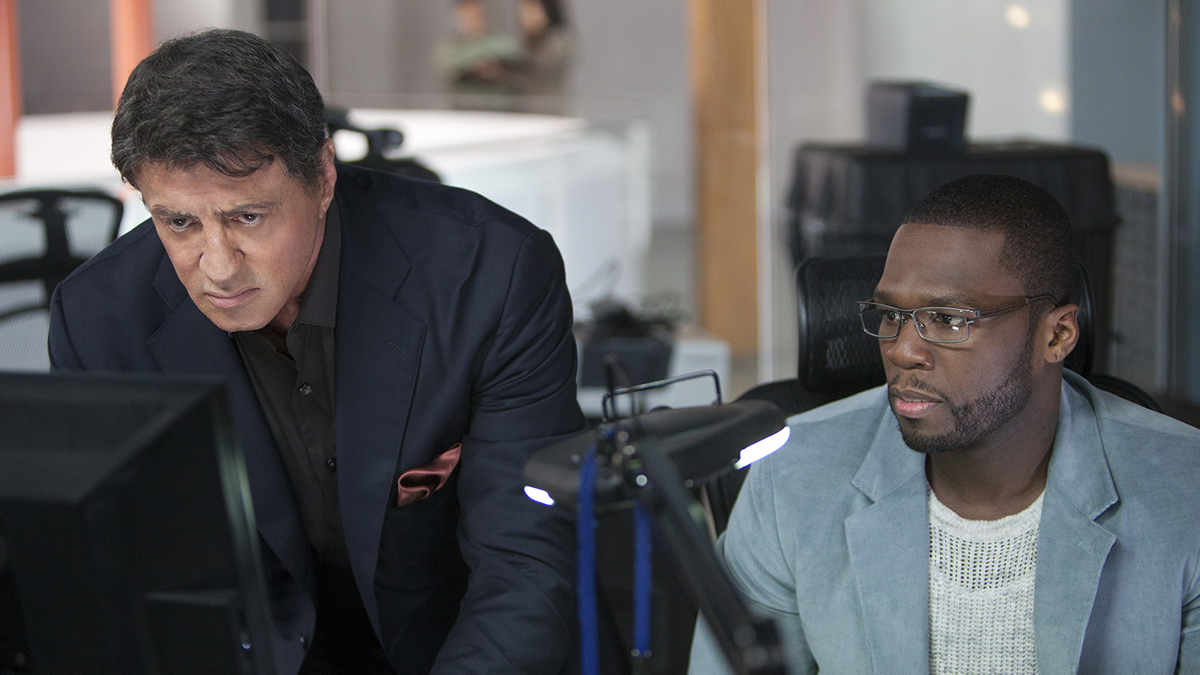 Sylvester Stallone just will not let the 80’s go, will he?  To his credit, it was a good decade for him (as were the 70’s and 90’s) and he epitomized the Reagan era with the Rocky and Rambo franchises.  But that was then and this is now.  All kidding aside, Stallone has managed to hold onto a career in  Hollywood for nearly 50 years now and that’s quite impressive.  He’s pushing 70 years old, probably has a body of a 40 year old and is still making movies. In a way, I find that very admirable.  After all, it’s not like needs the money – he does it because he likes to.  A few years ago he gathered up every Hollywood tough guy, past and present, and made The Expendables.  The movie was a hit, not a huge one, but enough to warrant a sequel.  That must not have been enough for Mr. Stallone as he’s now starring with tough guy buddy and former Governor of California, Mr. Arnold Schwarzenegger himself.  Two 80’s action movie icons in one movie together at last.  Too bad it’s three decades too late.  Or was it?

We meet Ray Breslin (Sylvester Stallone), someone who literally wrote the book on prison security.  He poses as inmates in maximum security prisons only to break out and point out their weaknesses.  He’s made a living at it, a good one actually, and together with his oddball partner, Lester (Vincent D’Onofrio), have a good thing going.  After his latest breakout, Ray is approached by a lawyer from the CIA (Caitriona Balfe) for a job that seems too good to be true.  Ray, always up for a challenge, is then summarily “kidnapped” and brought to this prison, though something isn’t quite right.  Warden Hobbes (Jim Caviezel) runs the place with an iron fist and the faceless guards don’t exactly boost morale.  Once there, Ray meets up with Enil Rottmayer (Arnold Schwarzenegger), the closest thing he can call a friend.  Together they try and figure out how to break out of this supposedly airtight prison.  The only problem is that this was built using the techniques that Breslin described in his book.   Is all hope lost or will Ray and Enil find a way to prevail?

Truthfully, there’s actually a little more going on in Escape Plan than I described.  I don’t want to give away any plot points, something that’s not exactly synonymous with an Arnold Schwarzenegger and/or Sylvester Stallone film. Like most films these two have made, if you can sit back and check your mind at the door and just enjoy it – it’s really not that bad of a movie.  Yes, there’s a pretty obvious plot hole that’s never really addressed (again I’ll leave that to you to figure out), but again – it stars Arnold and Sylvester!  The two have been friends for decades and have had parallel careers – both very successful.  The ensemble cast is varied with rapper 50 cent, Vincent D’Onofrio, Sam Neill and Jim Caviezel to name a few. There are no major moral or political issues to debate here, just two guys in their mid 60’s having a good time. Hey, nothing wrong with that.

With this 4K version, there’s a slight uptick in quality from the Blu-ray. No, there’s really nothing to complain about with this transfer, it’s just that I envision myself seeing movies like Total Recall and Rocky with these two actors and seeing how much, and yet how little, has really changed with them.  Stallone is clearly wearing some sort of hair piece nowadays and Arnold’s goatee in the film is sprinkled with grey hairs.  Ah…we all get older, I suppose.  That said, the 2.40:1 HEVC image is strong, sharp and overall an excellent example of a new film.  I was hard-pressed to find many errors with the presentation, though a few of the outdoor scenes did suffer from a bit of banding.  The majority of the film takes place indoors in a dimly lit prison. As such, the color palette is very dark though contrast and black levels look solid.  Detail is, of course, razor sharp.

After re-configuring my audio set up the other day, I switched around my speakers since it’d been a while.  I don’t know what I did, but somehow everything I was watching seemed to sound amazing.  Maybe it was the placebo effect and maybe I’d had a loose connection, but I will say that watching Escape Plan sounded stunning!  The Dolby Atmos mix had several points in which my jaw dropped and left me wanting more.  Vocals are strong and well-centered, the LFE are active and play a big part and the surrounds seem to almost always offer something for extra ambiance.  Simply put, this is a very active mix that holds its own with some of the other “big boys” out there.

As expected, no new supplements have been included in this Ultra HD set.

Lionsgate is doing a pretty good job bringing some of their recent titles to the new format. The question is: why? While it’s nice to have a 4K version of Ex-Machina or The Expendables, do we really need it or is it just a marketing ploy? I realize that movie studios are all about the bottom line (pardon the pun), but some of their choices have me scratching my head. Still, from a purely technical standpoint this new version of Escape Plan does look and sound better. So if you’ve been holding off on the Blu-ray for the past few years or just want to see every wrinkle and grey hair the Ah-nuld and Sly Stallone have to offer – your wait is over. 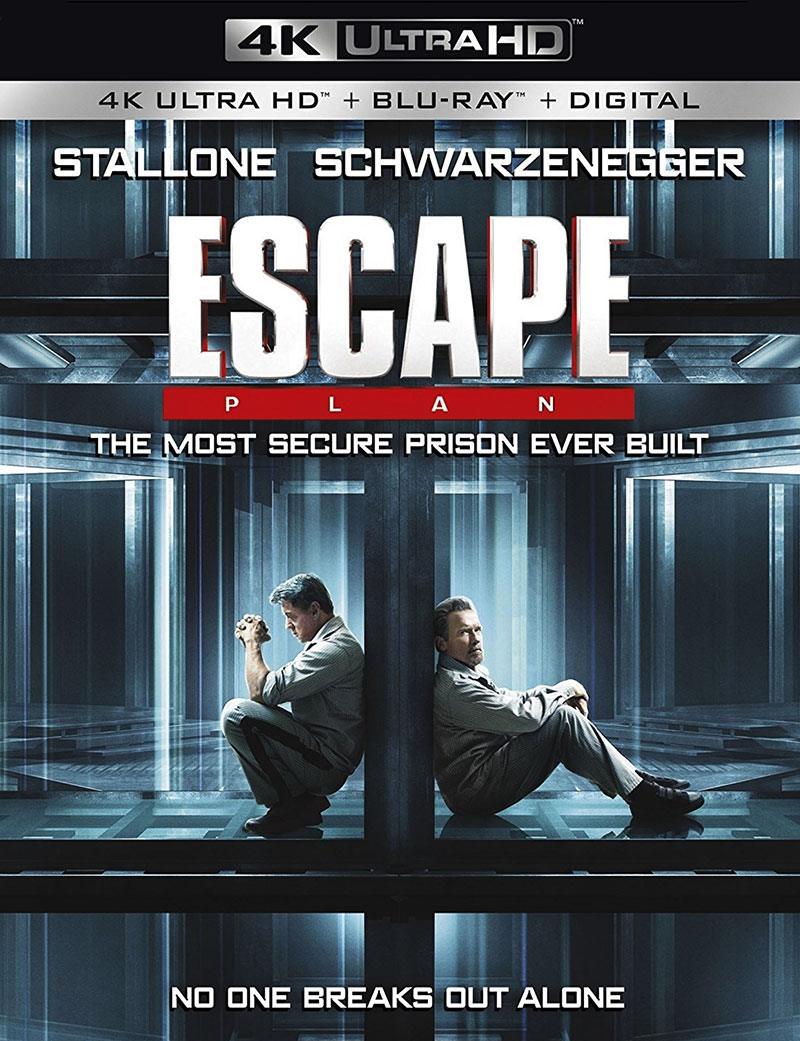