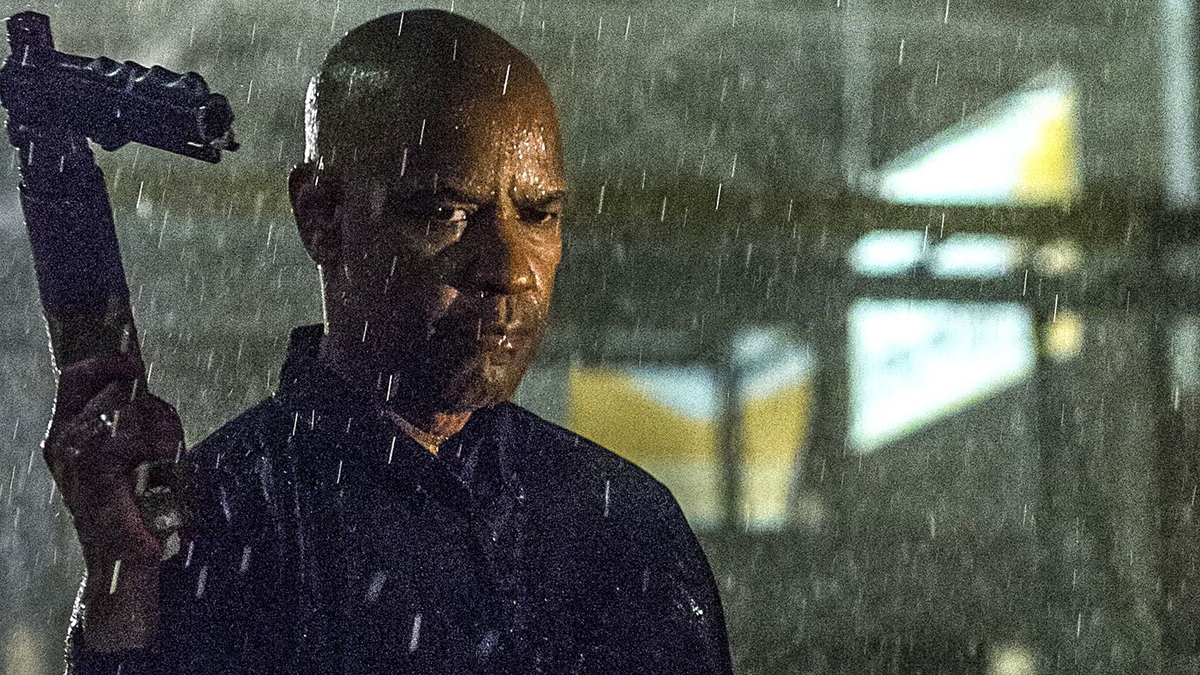 It seems that every role Denzel Washington takes, he takes with ease. He’s definitely one of my favorite actors and tends to bring more to a role than is required. He’s also never done a sequel before, but that all may change with The Equalizer. Based on the popular Television series, the film stars Washington as Robert McCall. He lives a simple, structured life and works at a hardware store. We never see him with a cell phone, and he rides the bus to work. He helps a fellow employee who is trying to become a security guard by putting him on a strict diet. He also befriends a young prostitute played by Chloe Grace Moretz with aspirations of becoming a famous singer. When he sees her under the control of some violent Russian gangsters, he decides to make a deal to get her out of that life. The gangsters refuse and this is when we see Robert’s violent side. He keeps a stopwatch on him to time how long it takes him to off an entire room full of thugs. His violent actions have gotten the attention of the Russian crime leader. He sends his head hit man “Teddy” (Marton Csokas) to take care of things and find out who killed his men. We see early on that Teddy isn’t there to waste any time; he’s quick to give orders and is quickly taken to the scene of the crime. Teddy wants to send a message that he’s in town. We see his violent streak in one scene at a construction site. It’s not long before he discovers that McCall is behind the killings and their first encounter is perfectly played by both actors. Instead of ordering his men to kill McCall, Teddy instead asks that they bring him in alive. This pretty much sets the wheels in motion for the rest of the film.

Antoine Fuqua directed the film and he’s reunited with Washington after Training Day. I don’t think this film lives up to their previous effort, but it’s still a worthy entry. The pacing can be a little slow at times and the climax becomes a little ridiculous. McCall is essentially a superhero and the last half of the film takes place in the hardware store where McCall works. I wish things ended a bit differently, because it almost becomes boring and predictable after a while. McCall seems to out-think anyone and everyone. I know he’s had his training, but he dodges bullets left and right and shows almost no emotion. I also hoped for a better final confrontation between McCall and Teddy, but overall, the film gets the job done. As mentioned, Washington has yet to do a sequel, so it will be interesting to see what happens next. The door is clearly left open for one. I enjoyed the film overall, but I just wish the story was stronger and the climax less predictable. I was almost reminded of Home Alone of all movies. The way McCall has rigged the entire store and takes out several henchmen becomes comical after a while. With all that being said, the film is at least worth renting.

If you’re judging this movie by its cover, then you might ascertain that it’s a very dark movie. You’d be correct. But this new 4K version makes more use of the limited color palette and the HDR showcases a bit more range than the Blu-ray. Thankfully Sony’s presentation of The Equalizer is top notch and, in fact, nearly perfect. Black levels are strong and constant, shadows show no signs of movement or artifacting and contrast works well with the dark color palette. The film has a very lifelike, and filmily quality to it. Honestly no complaints here in the least – this is a bang up job.

Again, if you’re looking at the cover and see a rain-drenched Denzel Washington wielding a gun, you might figure that you’re in for a pretty audio-intensive film. Another upgrade from the Blu-ray is a new Dolby Atmos mix which makes for a very dynamic soundtrack that really leaves nothing to the imagination. Little things like clock radios even manage to engage the surrounds. Plenty of action sequences and gunfire ensue which engage the channels to bring you right in the middle of the action. Truly this is what DTS HD Master Audio soundtracks are for. Another nice effort and one of the more intense mixes I’ve heard in a while.

This new 4K edition actually gives us several new items not found on the previously-released Blu-ray. Obviously this is just a glorified promo for Equalizer 2, but hey – we’ll take it!