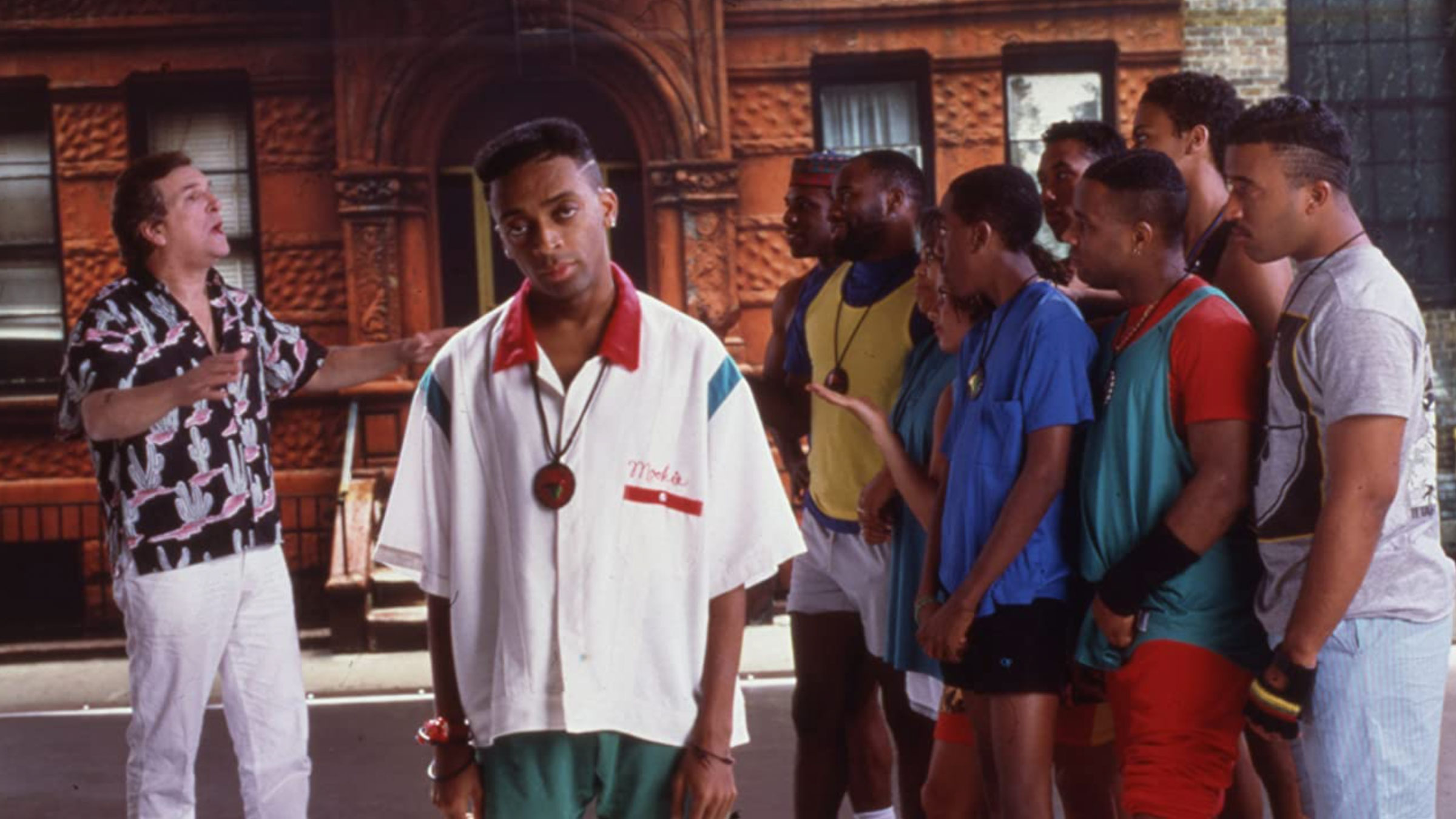 In Brooklyn’s Bed-Stuy neighborhood, summer has arrived in full and this is without a doubt the hottest day of the year. As the heat pours down the residents, fire hydrants are opened for people to cool off in and people try to find the shade and keep cool in whatever ways possible. At Sal’s Famous, owner Sal (Danny Aiello) is about to have the heat turned up even more, thanks to one of the local residents. While Sal is proud of his business, which his two sons help him run, and feels he is a positive presence in the area, he has upset at least one local. That local is Buggin’ Out (Giancarlo Esposito), who wants to know why no blacks are featured on Sal’s Wall of Fame. This sparks debate amongst the locals and while Sal is confident in his rationale, as the day burns on, tension continues to mount. How will this volatile situation turn out for Bed-Stuy and when night falls, will the locals be proud of their actions on this day?

I find Spike Lee to be one of the most overrated filmmakers around, one who gets more press via his outlandish behavior than his actual creative output. As mediocre as most of his projects have been, Do the Right Thing is a testament to the potential that Lee once held. This is by no means a masterpiece of cinema, but it is a good movie and it is a shame Lee didn’t follow this path for his entire career. The plot is rather basic, driven by the characters more than a narrative, but all of the points that need to be made are well covered. The controversial conclusion shows Lee’s limitations as a writer, as he was unable to drive the solid stories into a solid finale. Even so, the journey is well worth the lame duck destination, even if just for the great performances. Do the Right Thing is heavy handed, as all of Lee’s films tend to be, but it is also solid entertainment.

There are some folks that are attracted to the way a film sounds, others the supplements and I’d have to imagine that the rest would fall into the visual category (that’s me). So seeing a film in 4K, to me, says that it’s the best possible version of what it can look like. A new restoration had to have taken place and comply with a certain set of standards set by the industry. That said,  given the age and budget of the material, I am surprised it looks this good. The visuals come to life well, from the warm, even hot color scheme to the overall depth, it all comes through well in this treatment. The 1.85:1 HEVC 4K image looks stunning, rivaling and surpassing that of Criterion’s efforts from their Blu-ray.

A surprise for this disc is that it was given a new DTS: X track. Given that the film takes place in a congested urban landscape, you’d assume the audio would bustle. But the sound design here is pretty generic, so atmosphere isn’t too present. The main power comes from the music, which does sound great and features some deep bass. No issues with dialogue, which is crucial here, so no lines are lost in the mix. It’s an improvement over the previous DTS HD Master Audio mix, but not a night and day difference by any stretch.

There’s no denying that Do the Right Thing is Spike Lee’s seminal film. It’s beyond reproach. The real question, when it comes to this disc, is…do you want to own it? On one hand the image is 4K and we do get a new DTS: X track. There’s a fair smattering of supplements. That’s fine. But Criterion came out with a Blu-ray a couple years ago with picture quality that rivals this and a slew of supplements not available here. This might be an instance where owning both might be the best bet. If you had to choose only one, however, I’d go with Criterion’s version.