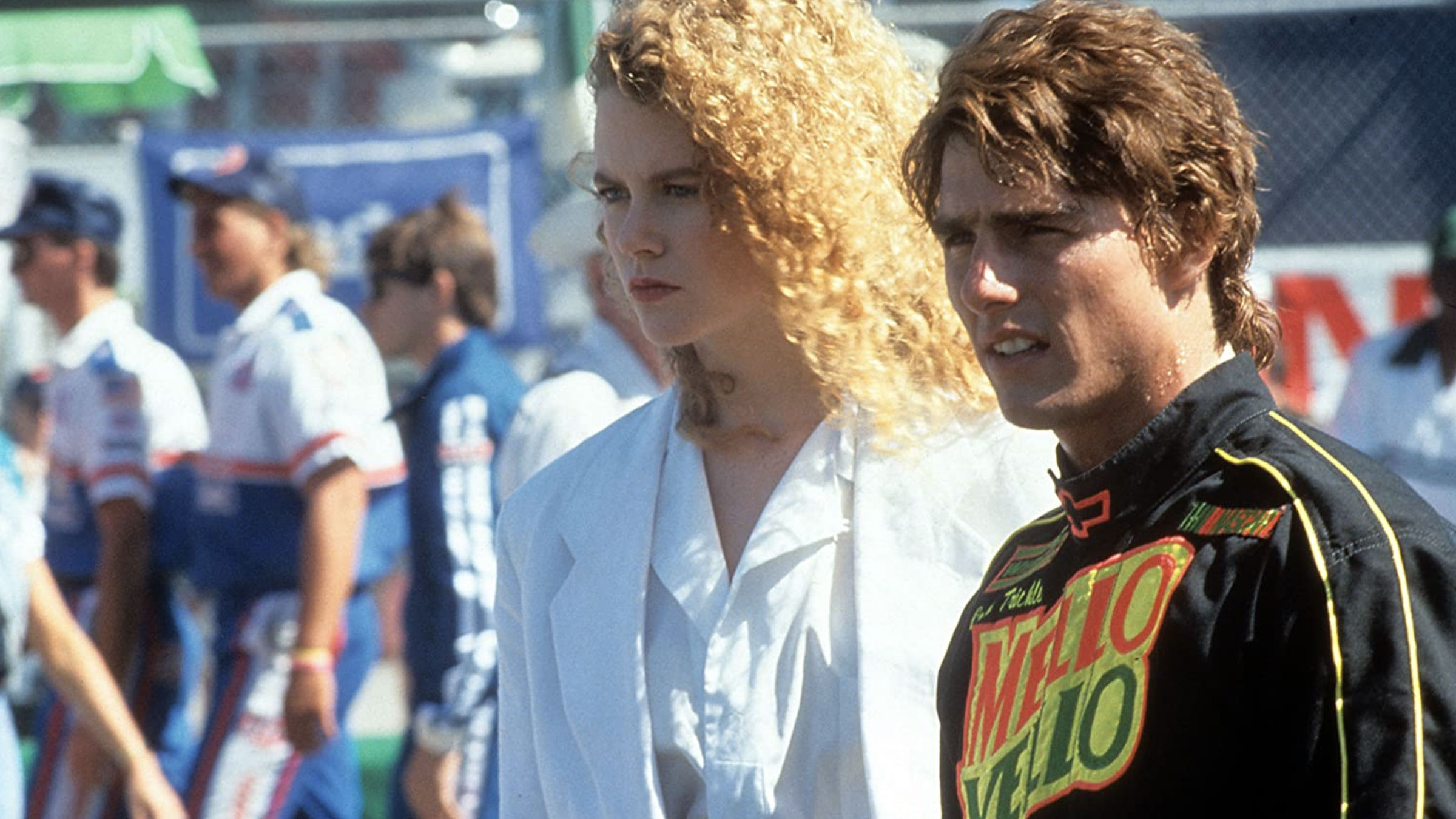 By the time the 90’s rolled around, Tom Cruise was already a star. He’d had some success with Risky Business several years earlier, but Top Gun made him a star and put him on the map. He was in Rain Man, which won Best Picture and got some critical acclaim in Oliver Stone’s Born on the Fourth of July. So when he and screenwriter Robert Towne went to work on Days of Thunder, it goes without saying that they had carte blanche regarding anything and everything having to do with the movie. The same team that brought Paramount Top Gun was back at it for what was effectively the same movie albeit on asphalt. Things were trouble from Day 1. The movie had constant rewrites, even to the point where it caused Cruise to get on a car wreck due to him reading lines off a cue card while in his car. The budget went over and the producing team of Jerry Bruckheimer and Don Simpson (who had brought the studio great success in the 80’s with films like Flashdance, Beverly Hills Cop and Top Gun) weren’t helping things. Was this movie snakebit from the start? It seems so.

Cruise plays Cole Trickle, a “Yankee” from California who wants to enter the racing scene. He has no formal training, just a cocky attitude and a willingness and desire to win. This fits perfectly with Tim Daland’s (Randy Quaid) concept as he’s trying to produce the next young star. Tim gets crotchety mechanic Harry (Robert Duvall) to join the team and the race is on. We follow the crew as they sort out their growing pains and try to take down the current point leader Rowdy Burns (Michael Rooker). Naturally a rivalry develops between Cole and Rowdy and the two become friends. And wouldn’t you know it, when Cole is taken to a hospital he falls for young doctor Claire Lewicki (Nicole Kidman). Will Cole win the big event and live happily ever after or die in a fiery car crash?

Days of Thunder was over-criticized. But it’s also a movie that’s not (and never was) meant to be taken seriously. Even in 1990, Tom Cruise was an entertainer. Not everything he did was meant to be “Oscar-worthy.” And this one fit the bill. If you can get past the paper thin plot and just sit back and enjoy the ride, it’s a fun way to pass 107 minutes. And yes, this is the movie that Tom Cruise and Nicole Kidman met. They’d go onto make Far and Away a couple of years later as well as star in Stanley Kubrick’s Eyes Wide Shut later that decade. Looking back at this film, it had a pretty good cast as well. Randy Quaid, Michael Rooker, Robert Duvall as well as Carey Elwes and a young John C. Reilly. Honestly, you could do a lot worse. The best piece of advice I can give is to take this one with a grain of salt. It’ll be a lot more fun. And that’s what watching a movie like this is all about.

I can recall watching the film when it came out on Blu-ray about a decade ago. It was awful. It was plagued with grain, over-saturated colors and it was almost to the point where it was unwatchable. A decade later and a new format (4K) have solved everything that was wrong with that old transfer.  We’re immediately greeted with crystal clear backgrounds. The opening shots show racetracks shot in low light. No errors were present. Looking at the flesh tones, they look normal and natural. I saw no redness in the actors’ faces. It was almost surreal to the point that I thought the image looked a bit under-saturated. It’s not, however. The 2.39:1 HEVC 4K re-mastered picture is simply gorgeous to look at in every way. Bear in mind that both Nicole Kidman (with some help) and Tom Cruise have aged very well, but this was back in their hayday and let me tell you – I wish I looked this good at some point in my life! Suffice it to say that Paramount’s new 4K offering gets right with everything that was wrong with the previous releases. It’s a lovely way to watch NASCAR.

This would have been an ideal time to put a Dolby Atmos track on the film, but we’re still greeted with the same Dolby TrueHD track that was on the Blu-ray. That’s not necessarily a bad thing as this is one mix that simply rocks from beginning to end. The revving of the engines, the squealing of the tires and everything in between. I realize this comparison has been made before, but it’s Top Gun on asphalt and it sounds nothing short of amazing. Vocals are pure and crisp as well. I find it amazing how the Tom Cruise of the 90’s voice was about three octaves higher than it is now. Nevertheless, it’s a bit disappointing that we have the same TrueHD mix, but sometimes if it ain’t broke…

Of note, this is a one-disc set. I think this might be the first 4K set that doesn’t include a Blu-ray, just the 4K disc and a digital code.

Three decades after its release, Days of Thunder still manages to entertain me. It’s not Tom Cruise’s best film, but for a guy who, even then, was at the top of his game, I liked that he took this risk. Paramount’s new 4K offering gives us a remarkable new picture along with a new feature though the same Dolby TrueHD track found on the Blu-ray. For fans, this is an easy recommendation.