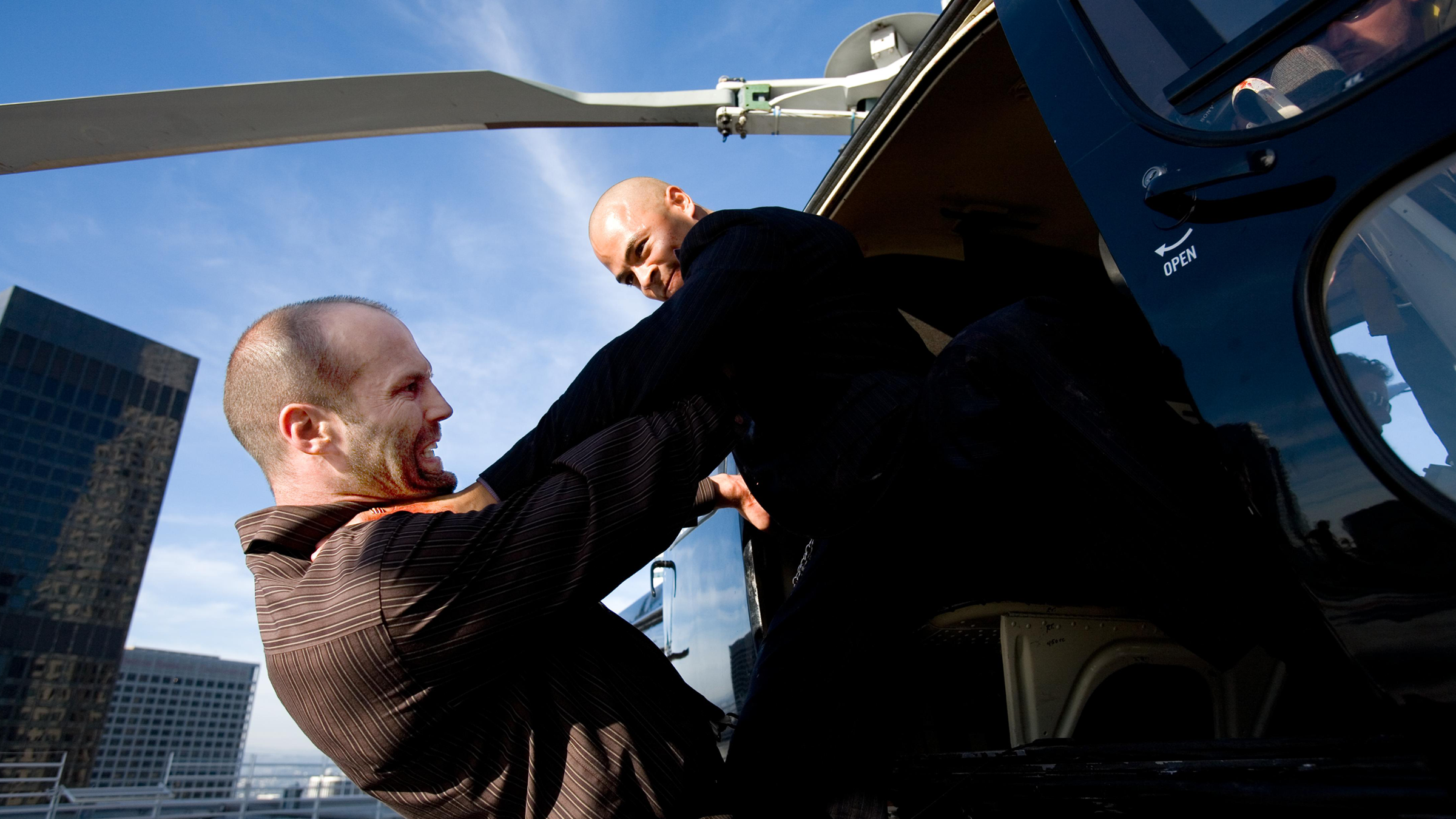 A dozen years ago I sat down and popped in Crank in my Blu-ray player. I had no idea what I was about to watch. Honestly, from what I’d seen of the movie – mainly through bits and pieces here and there – it looked like a natural extension of The Transporter movies (both of which I’ve actually never seen). Ok, so I was wrong. As we all know, the movie stars Jason Statham who has made a name for himself as a gritty, tough as nails actor and whose credits include Lock, Stock and Two Smoking Barrels, Snatch, The Italian Job and the aforementioned Transporter movies. The only difference is that this time Statham didn’t have an ensemble cast to fall back on (not that he needs it) but rather Crank is literally action from the opening scene until the closing credits. I will say that after viewing the movie, it did remind me eerily of Speed in which Keanu Reeves must keep a bus above the speed of 50 else it blows up. Crank is pretty much the same thing plus a lot more action. So if you’re into fast-paced mindless action, this one is for you.

Statham plays Chev, a gun for hire who has recently had an attack of morals and has let one of his assignments live. This doesn’t sit too well with the powers that be and Chev awakens in a dizzied state only to find out that he’s been injected with a virus that blocks the flow of adrenaline to his heart. He’s got an hour to live unless he can keep the adrenaline pumping and therefore prolong his life. Once he finds this out, he’s on a mission to get even with his arch enemy, Verona (Jose Pablo Cantillo). Chev also enlists the help of his doctor (Dwight Yoakam) to help guide him through the ups and downs of the foreign substance in his body. Along the way, Chev also wants to save his girlfriend (Amy Smart) as he fears the end might be at hand. As Chev continues to smash cars, run through hospitals and, yes, even attempt to have sex with his girlfriend in public (to keep his adrenaline level up naturally) he gets closer to Verona. Will Chev accomplish his goal or will he stop moving long enough and let the virus get the best of him?

There’s a lot to like about Crank and I have to commend the studio who took a risk. Statham was, at the time, a character actor known for his supporting roles. Granted he did a good job with them, but this proved that he was “leading man” material, albeit of an action genre. The film raked in twice its budget and inspired a less than successful sequel a few years later, Crank 2: High Voltage. Maybe they should have quit while they were ahead? Nevertheless, if mindless action is your thing and you like movies that don’t take a lot of time to develop their characters – this one is for you. For me, so many years later, I still enjoyed it.

Crank is a movie that was entirely shot on HD cameras and in many cases, mounted on a backpack to get some of the funky camera angles that they use for effect. Now that this is being shown in 4K, some of these scenes look phenomenal while others show the limits of HD vs 4K. But, trust me, it’s not all that bad. The detail is razor sharp and every scene (when paused) looks like a still picture. Truly this is what they had in mind when you view a movie in HD. There are plenty of tricks used by the filmmakers to give the movie a very edgy look, but that aside – it’s still a stunning picture even in the 4K format.

This is a film that’s made for a Dolby Atmos soundtrack. The thumping, pumping and beating of (the heart), the constant churning of the speakers really gets the blood pumping (for the viewer).  LFE play a big role here, the surrounds are constantly active as are the the atmospheric effects. Dialogue is on the level as well. I found that the surrounds kicked in for some added ambiance and really didn’t stop until the final credits rolled. It’s mesmerizing. Viewers will love it.

There are some films in which you check your mind at the door, sit back and relax and enjoy the ride. Crank is one of those. I hadn’t viewed it since it first came out on Blu-ray way back in 2006. It’s still fun to watch. I have no idea why this one got the call for 4K, but it looks and sounds amazing. The supplements aren’t too robust, but with a film like this – it shouldn’t matter.