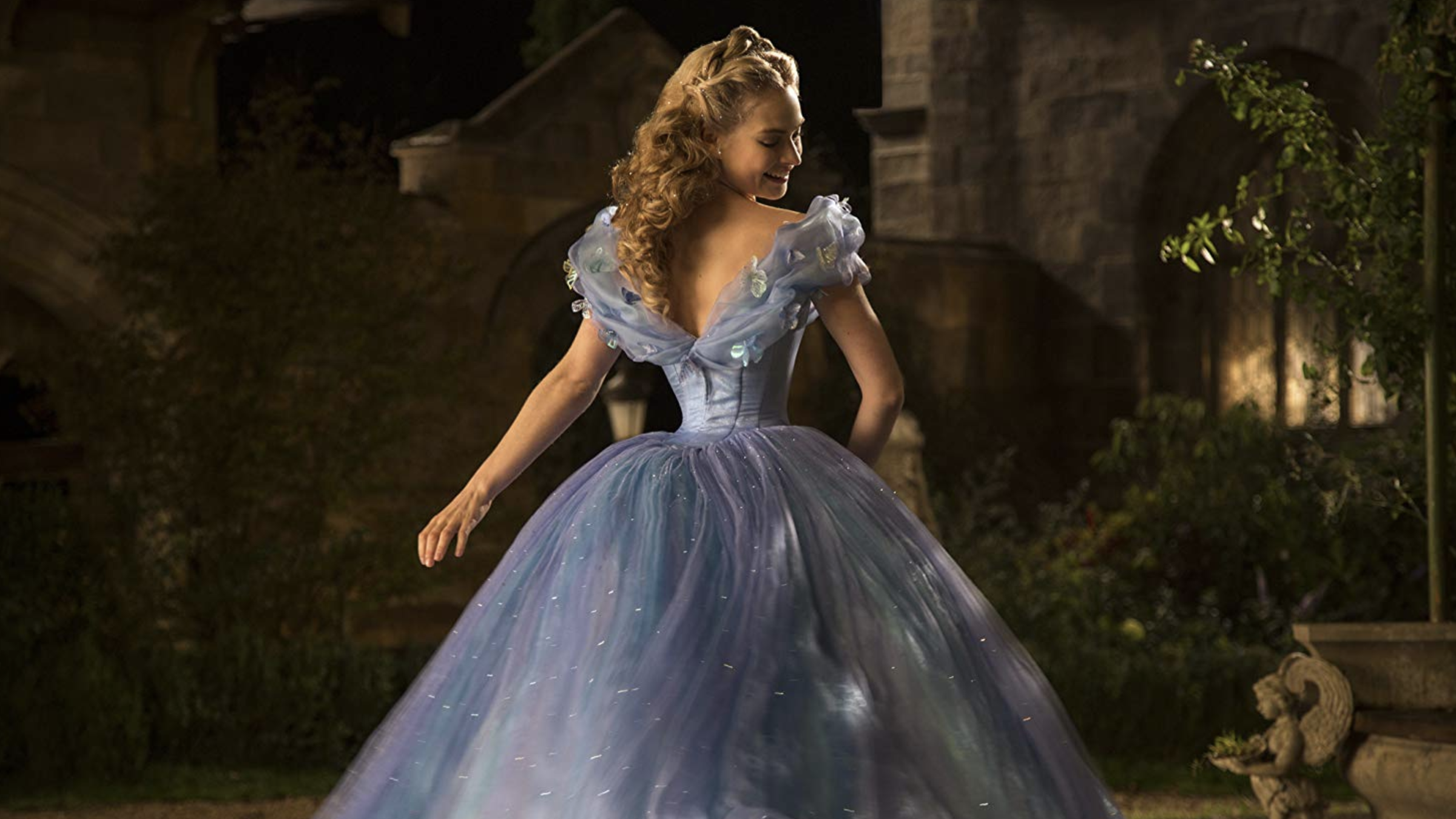 I’m thinking that so long as there are movies being made, Disney will have a hand in there somewhere. Granted, Disney films are part of what gave life to the movies and though the classic animation had had its ups and downs over the years, it’s a wise bet that these films helped inspire the new generation of filmmakers. But, as we know, Hollywood is all about making money and if there’s money to be made by rehashing the same film in a different format, I’m sure the studio execs are all for it. This was the case with Alice in Wonderland (with Johnny Depp playing the eerily creepy Mad Hatter) as well as last year’s Maleficent with Angelina Jolie taking the lead role. This year brings us Cinderella with mice, pumpkins and evil siblings alike. We all know the story of love, loss and the beauty only being skin deep, but we’ve never seen it in a live-action format. That, my friends, is about to change.

Ella (Lily James) has a perfect life. She frolics in the fields, plays with her animal friends and her mother (Hayley Attwell) and father (Ben Chaplin) couldn’t be better off. However, life has a way of throwing a curve and Ella’s mother falls ill, leaving only her father. After years together, he decides to remarry and finds solace in Ella’s new stepmother (Cate Blanchett). She has two daughters, Drisella (Sophie McShera) and Anastasia (Holliday Grainger), neither of whom are very nice to Ella. Tragedy strikes when Ella’s father falls ill, leaving the estate to the new arrivals. And, while on a ride in the woods, Ella meets a fair young man – Kit (Richard Madden) who is instantly smitten with Ella. However, unbeknownst to Ella, he’s actually a prince and set to take over the kingdom. Seeking to find her again, he opens the palace ball to everyone in the land in hopes of finding her. Ella is told she’ll be unable to attend the ball and won’t ever get to meet her prince? Is all doomed or will Cinderella find true love?

I will say that not much has changed from the classic Disney animated tale. So don’t let my last sentence mislead you. I’ve actually enjoyed these live-action versions  over the last few years (well, everyone has, that’s why they keep making them) and I found it a bit odd that Cinderella was next up. After a bit of research, it appears that Beauty and the Beast is up there as well.  Truthfully, there’s nothing not to like in this movie. It’s got deep-seeded roots, a good cast and high production values. It knocks it out of the park and makes for a very enjoyable viewing experience. If you’ve even a passing interest in the Disney live-action films, give this one a try – you will not be disappointed.

I have to admit that I was a bit curious as to how this would look. I mean, we’re talking about a movie that features a pumpkin turning into a coach, mice into horses and Cate Blanchett as an evil stepmother. Suffice it to say the 2.39:1 HEVC 4K image is everything I thought it would be and more. The opening act is joys and full of light and sun-drenched scenes. This changes when the “ladies” move in and we’re treated to a much darker tone, but Ella is a beacon of light and the transfer shows how strong it is with highly-detailed scenes, solid contrast and semi-believable CGI effects. The film certainly benefits from HDR. The costumes sparkle (literally), a rich color palette is included and this is an instance in which the 4K upgrade is actually worth it. From the little nuances in the corners to the green-skinned lizards turned men, this transfer doesn’t disappoint.

I wasn’t quite sure if this was going to contain a musical number or not. It’s been a while since I’ve seen the animated version of this movie and, with it being Disney, you never if they’ll throw in a song and dance number for good measure. Thankfully the action is dialogue-driven and the included Dolby Atmos soundtrack easily handles the demands put on it. Ambient surround effects make for a very nice sound stage, with the front taking the burden of the action. When Cinderella’s “transformation” begins, the stage lights up and makes for a good effect. It’s a strong track that’s sure to please.

The supplements appear to be the same as the previously-released Blu-ray. Nothing new has been added.

If you’re a fan of Disney’s classic tales that are now live action films, good – there are plenty more to come. In the vein of Alice in Wonderland and Maleficent, Cinderella shows that the interest in these films isn’t waning. The movie more than doubled its budget and was summarily praised by critics. The Blu-ray offers up above average A/V specs as well as a nice smattering of supplements. Recommended.