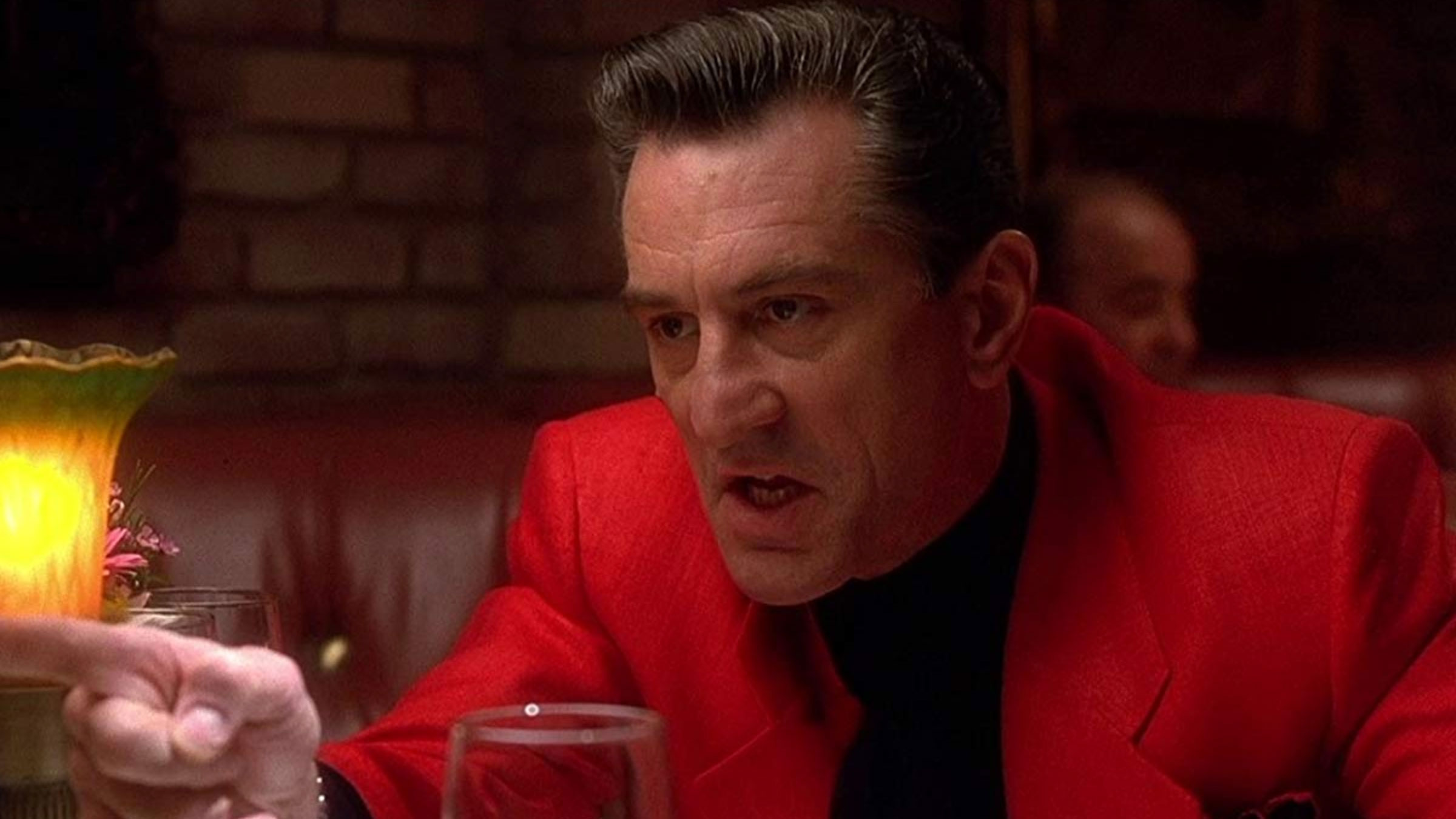 After the success of Goodfellas in the early part of the decade, director Martin Scorsese and writer Nicholas Pileggi chose to team up once again in another tale of organized crime. With Scorsese’s filmmaking vision brought to a wider scale thanks to his efforts on Cape Fear and The Age of Innocence, the sites were set for Las Vegas and two of the main principles (Robert DeNiro and Joe Pesci) from Goodfellas costarring again in a tale of the luck of the draw, the rise and fall and the glitz and glamour that is Casino.

Meet Ace Rothstein (Robert DeNiro), he’s one of the best handicappers when it comes to sports betting, a fact that draws the attention to some people in the world of organized crime. Out in Vegas, the bunch from Chicago has gotten a hold of the Teamsters pension fund and with a great amount of money look to venture their business into the casino world of Las Vegas, running The Tangiers. How Ace fits is that they need someone to run the place legitimately. At the same time, one of the boys back home named Nicky Santuro (Joe Pesci) is keeping a sharp eye for the boys into this venture. Along the way Ace meets a hustling pretty gal named Ginger (Sharon Stone) that will be there for him during the good times and the bad but literally could also be the death of him.

Upon first viewing, this viewer didn’t know what to make of it in 1996 (when the film came out on video), and the result was a little less satisfying than most of Scorsese’s work. However, in the years since then it took a friend’s wild request of Joe Pesci movies to view the film amongst friends. It was through this film that one element about Martin Scorsese’s films was imminent. His films are so much better the second time around and more and upon second viewing, this viewer noticed one of the most visually striking films of any decade along with a great capture of the period as well as a solid three hours of film (started with a great title sequence by Elaine and Saul Bass (A LEGEND!!)) that go by as each element is presented during the ongoing operations of the casino.

The film has gangster elements in the film but if one were to nail a genre for this piece, one would consider a docudrama with elements in between of interaction. The narration from both views (Nicky’s and Ace’s) carry the film very well in its backgrounded moments.

Scorsese and Pileggi develop a tale that leads to little holes in the operation to an unexpected triangle between his wife and his guardian. One of the things I love about the film is the way Scorsese plays with the structure as well as playing with location and time titles in different points of speed and movement.

It also leads to some great trademarks of Scorsese, the crazy camera close up, the great selection of period music as well as a number of long takes one being almost 6 minutes into the picture showing “the holiest of holies” in Vegas. I also like the term “boys back home” to refer to the shady characters that were skimming off the casino.

As for the cast, the film is well cast all around. As Ace Rothstein, Robert DeNiro gives a great performance of a man who gives into luck when he doesn’t believe in it and pays the price in the long run as well as having a high level of trust with things he cares for the most, even the slightest of things (like chips or blueberries in a muffin).

Joe Pesci brings a fierce menace to Nicky Santuro as a man different from Tommy in Goodfellas in that their dangerous element is similar, but the difference being that Nicky is already a made guy and one that crosses the line too far when the time comes (as Tommy never got to that point). It also is worth noting of Pesci’s other co-star in both Goodfellas and Raging Bull, Frank Vincent as he plays Nicky’s associate that gives a moment that saves the best for last for Frank in the run of those 2 movies.

In the film’s sole nomination (there should’ve been more), Sharon Stone plays Ginger, a gal with the line on all the side people at the casino but with a line on the man in charge and a line of coke at the same time. She plays a gal that no matter how much love Ace gives to her, she sees herself still attached to her slimeball ex-boyfriend (played brilliantly by James Woods).

Another interesting element of the film is the many comics that fill serious roles amongst the films. All of them (Don Rickles, Alan King, Kevin Pollak, Dick Smothers and a cameo by Steve Allen) this viewer is sure has played Vegas at one point or another and to bring their presence non-comedically into the flow of Scorsese’s film is most welcomed and they do extremely well in their supporting parts.

Through all the good moments, Casino never feels overlong and follows in the long tradition of films made in Vegas as a thing of beauty visually (thanks to cinematographer Robert Richardson) and in all aspects is a film like many of Scorsese’s worth going back to if you haven’t and worth appreciating if it’s been your umpteenth time. Casino is a winner all around, bet, place and show.

Casino has been a favorite of mine since I first saw it many moons ago. I’ve owned several copies of it across various formats, but felt that the visuals were never quite up to par. Even the Blu-Ray left a lot to be desired. It was passable, but the flaws were just too evident for me to not notice. When I heard that this film was going to receive the 4K treatment, I was more than a little optimistic. Well the short of this is that the film looks absolutely amazing. This disc offers a clear improvement over previous versions. The HDR10 presentation leaves nothing to be desired as the details are heightened and evident from the opening moments. The film has plenty to offer in terms of visuals, and there wasn’t a moment that I felt the transfer was lacking. The ratio is a wide 2.35:1 ensuring that we can take it all in. The film has never looked this good and will probably never be better than this. This is an easy recommendation for fans of the film.

The DTS:X track is also impressive. There’s so much to this film that the vocals are front and center, but there’s plenty of action and background noise. The excellent soundtrack also shines through nicely in the background throughout several scenes, enhancing its presence just as needed. The dialogue never gets lost in the mix. In short, this is a strong track from start to finish.

The 4K disc only includes the Moments commentary with cast and crew. The rest of the supplements are carried over onto the Blu-ray disc.

Not only is Casino one of my favorite Martin Scorsese films, it’s also one of my all-time favorite films. It’s easily one of the breeziest 3 hour films ever made. The 4K release improves on all old releases big time in terms of visuals and audio. In short, it’s a must own. The features, while carried over are still good. I do wish some new supplements were produced, but that wasn’t meant to be. This set comes highly recommended.