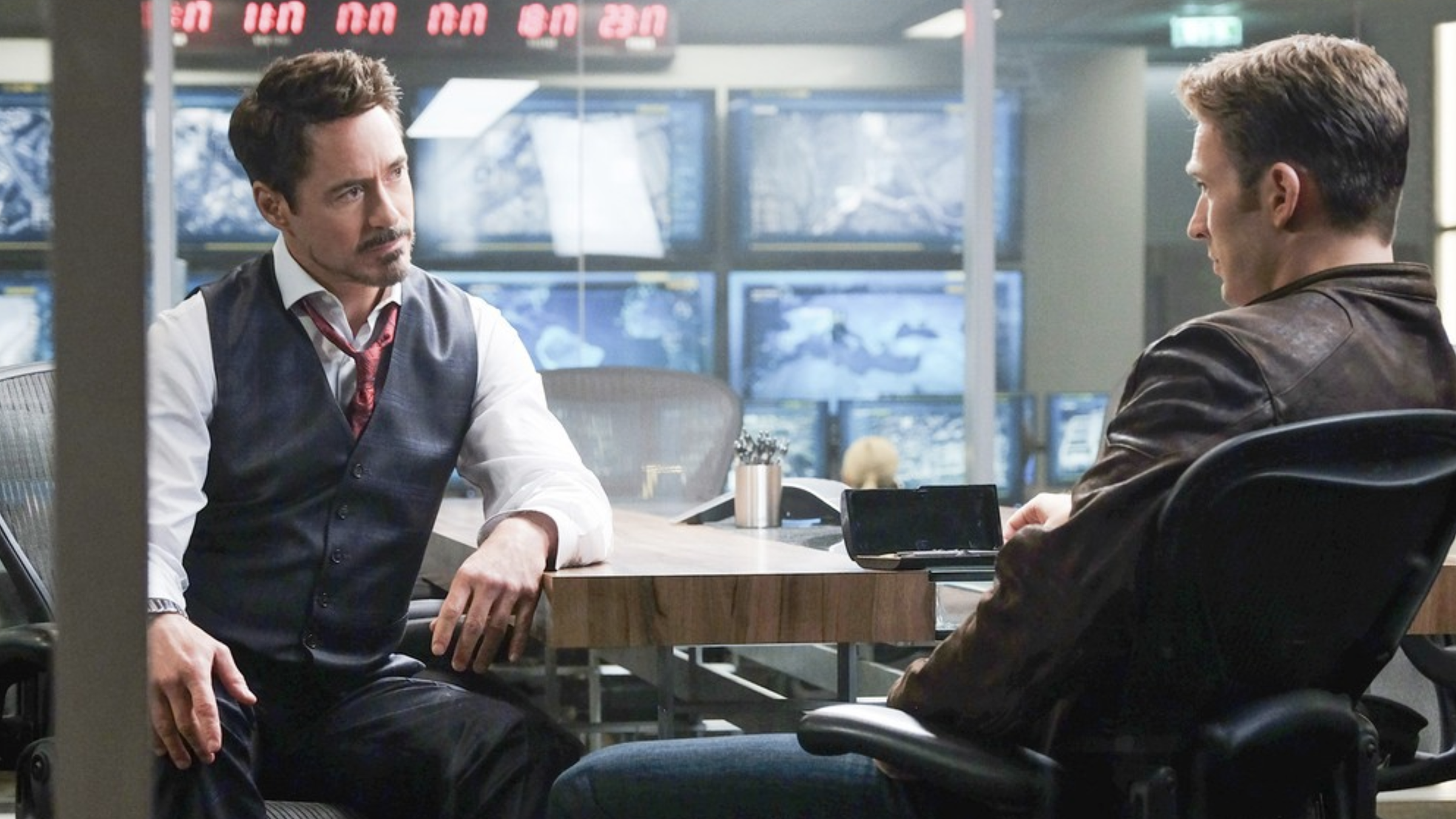 Consequences have actions. This is a central theme in Captain America: Civil War. The much loved, latest film in the Marvel canon. Sure, The Avengers have protected the world, but what about the lives lost, the countless destruction that can inadvertently take the lives of innocent people? Should they be limitless in their actions, or should they be controlled? No matter where you stand, the film takes that subject on very strongly. The film follows last year’s Age of Ultron, but feels more like a sequel to the previous Captain America outing. While I enjoyed Ultron a good bit, Civil War was much better received by critics and audiences. You probably heard countless love from everyone you talked to about it. I can say that it’s always been the Captain America films that have left me wanting more. After the first film ended with Steve Rogers (Chris Evans) in the modern world, I couldn’t wait to see how he’d adapt. I had a similar reaction after Winter Soldier as I was anxious to see where the characters would go from there. I can say that Civil War didn’t have as positive an impact on me as all the glowing reviews, but it’s still a very worthy film, and promises even better things in future films.

I would be here all day if I had to recap the events in this film as well as prior films as there’s quite a bit going on here. That isn’t to say the film is ever confusing or convoluted, but it is a busy film. We begin with a quick prologue set in 1991 where we see the Winter Solider being brainwashed then causing an automobile accident and killing those in the car. Cut to present day where we follow Captain America and his team on their latest mission. It’s not long after this event that we see a meeting with The Avengers that the United Nations wants to pass a bill that will essentially control and micromanage the team. It’s here that the big divide occurs. Some of the team (Tony Stark, Natasha Romanoff, and War Machine to name a few) agree to this and think they should be contained. While others, including Captain America aren’t too keen on being controlled. The film makes a strong case for both sides of the argument. One big reason for Tony Stark comes from an encounter with a woman who lost her son during one of the attacks. As if all this wasn’t enough, we get another threat in Helmut Zemo (Daniel Bruhl). We learn his reasons for wanting revenge on the Avengers, but I won’t reveal them here. A big surprise here comes from the appearance of Spider-Man, played here by newcomer Tom Holland. This is the first time this character has been featured in a film with the other Avengers. I’m still unsure how I feel about Holland, but he’s definitely not bad in the role.

While Civil War is certainly solid, and one well worth seeing, I do have some issues with it. Being part of a well-established line of interconnected films can sometimes restrict the films from taking too many risks. This is certainly a daring film that deals with real life consequences, but I can’t help but feel it’s still holding back. It’s as if they don’t want to take too many chances with the characters in fear that that’ll kill off future films. We build towards what should be an epic battle between the Avengers, but when that moment arrives, it resorts to characters continually making wisecracks. I don’t mind bits of humor, but the film earns this climactic moment, but seems to make light of it once it arrives. It needs to trust the audience more rather than stoop to trying to make us laugh. I also have an issue with pacing in this film. It’s never boring, mind you, but every time it feels like it should be building toward something, it pulls back and puts on the brakes. I don’t want to come down too hard on the film, but I also don’t feel it’s the flawless film that the reviews would have you believe. Indeed, there are quite enough well-staged action sequences, and the very premise is intriguing. It just didn’t have quite the impact on me that I expected when I first saw it. I’m still anxious to see where the Russo brothers take these characters from here.

There’s a marketing reason why this and Winter Soldier are being released in 4K, but to avoid “dating” this review I’ll assume we all know the elephant in the room. That aside, the existing Blu-ray looked pretty good. And why not? It was a Marvel movie, it’s relatively new and we know the utmost care was taken with the visual look and feel of the film. But this new 4K disc does add a new layer in terms of clarity and detail as well as the benefit of HDR. The effects are well rendered, the print is flawless, colors all spot-on as well. The suits featured in the film display strong details as well. Flesh tones are nice and smooth with no saturation. We’re taken all across the globe through the film, and it’s never less than pleasing to the eyes.

There’s been some controversy (read: complaining) about some of Disney’s 4K titles and the Dolby Atmos audio tracks. All I know is what I hear and when I put this disc in, it sounded pretty darn amazing. Even if you don’t have the most elaborate or latest sound system, this track will get the job done and then some. Whether it’s the big action sequences or the quieter moments, it’s never less than satisfying. There’s a rich sounding feel to the track that really engages the viewer. You might want the remote handy as you’ll be adjusting it during the louder moments. It’s rich, robust and gets the job done – nothing I can find to complain about here.

No new supplements have been added to this 4K offering. This is purely just cashing in on the success of the franchise and making customers “want” this new edition. And it’ll work.

Captain America: Civil War might be the most “important” of the franchise, but to me it wasn’t the most enjoyable. I realize that this sets the stage for the remaining Phase III (or is it IV) films, but it was just a bit too political for me. That and the bloated cast made it feel more like an Avengers film than a stand-alone movie. The upgrade in audio and video quality is most welcome, but it’s not really worth having unless you’re building a 4K MCU library (and Marvel/Disney hope you are).