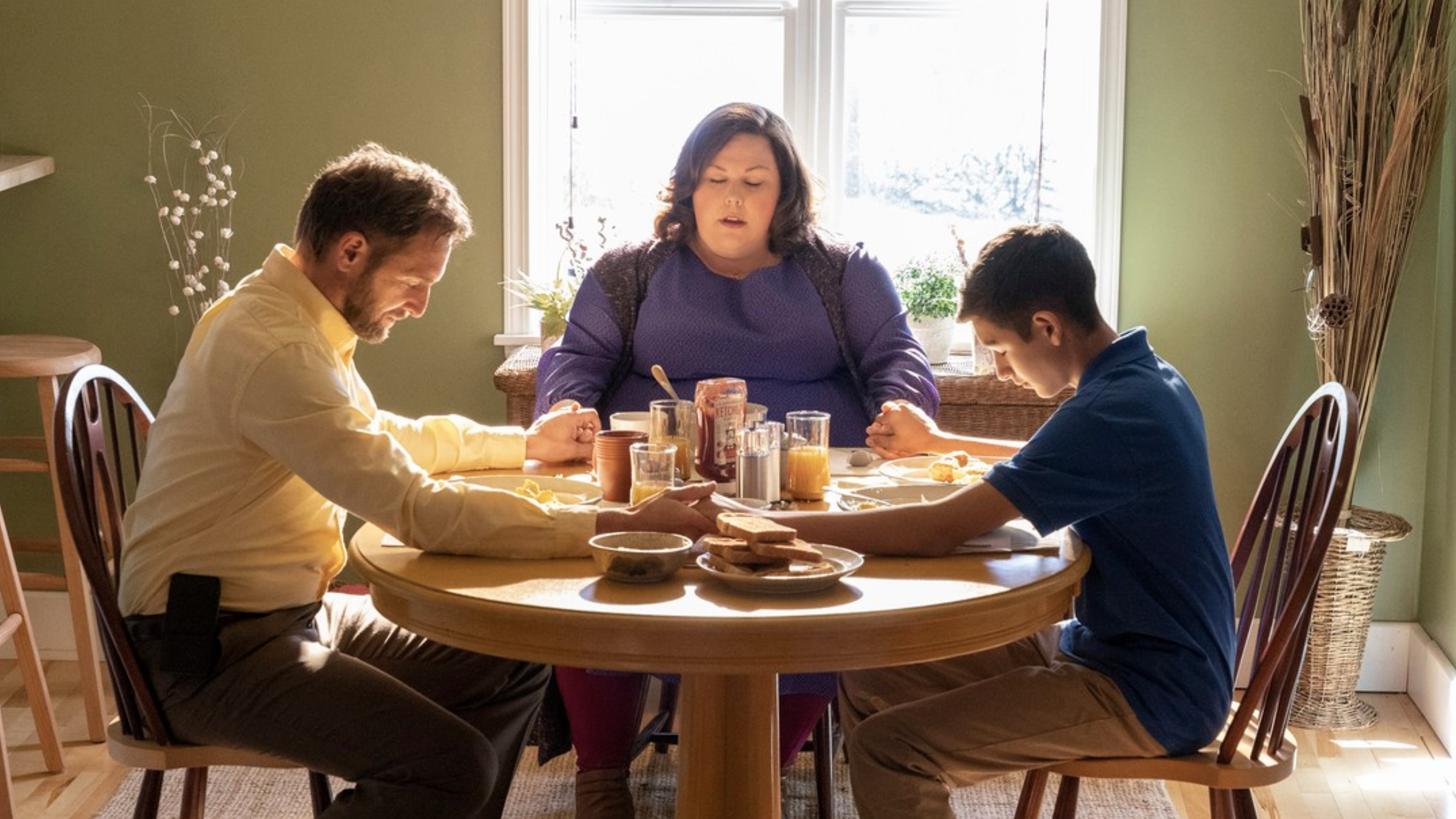 Faith-based films have never been my thing. Actually, faith has never been my thing. But before I’m chastised and condemned to hell by a reader, I’ll explain. I used to work for a church (as a web developer, so religion didn’t play into my job role all that much). After a while I noticed that the other employees, all devout, seemed to use religion as some sort of crutch. By that I mean if something terrible happened, they all prayed. If the result was positive, it was because of “the power of prayer.” Likewise, if something bad happened it was “God’s will.” I mentioned this (the Conference Bishop within earshot) that it seemed like a nice little double standard and that they’d essentially absolved themselves of any responsibility. That comment didn’t go over too well. My point is that I lack faith. I wish I could flip a switch and “believe”, but I don’t see it happening. But if you held a gun to my head and told me I had ten seconds left to live, I’m willing to bet I’d say “Jesus, take the wheel.” That said, Breakthrough deals with just that – the power of prayer. So, let’s put my smartass assessment to the test, shall we?

Joyce Smith (Chrissy Metz) is a devout Christian who lives just outside of St. Louis with her husband, Brian (Josh Lucas) and 14-year-old son John (Marcel Ruiz). The biggest concern she has is that she’s not too fond of the new church pastor, Jason (Topher Grace). Why? He’s trying to make the weekly services a bit too hip. Tragedy strikes when John and a couple of friends are playing on a frozen lake. They fall through the ice. John’s friends manage to escape. John’s not so fortunate and remains underwater for 15 minutes. He’s pulled out by Tommy (Mike Colter) and efforts to resuscitate him fail. Joyce prays over his body and then he develops a pulse. An effort to save his life is narrated by Dr. Garrett (Dennis Haysbert) with Joyce’s ongoing prayer.

Supposedly this is a true story and if not, it’s at least something conceivable that something like this could happen. And, let’s face it, they’re not going to make a film about a kid who dies all under the guise of the power of prayer, are they?  Truthfully, Breakthrough isn’t as bad as I thought it was going to be. It even got me a tad bit choked up in a few scenes not because of the film’s dramatic measure but having just lost a friend of my own – it resonates. The cast decent but held together by Chrissy Metz’s performance. I’m also a fan of Topher Grace and I guess his agent thought it’d be a good idea for him to play a man of God after having just played the devil incarnate – David Duke – in BlackKklansman. If these types of films are your thing, then you’ll get what you wanted, and more, here. If not, there are plenty of others out there that don’t mention a higher power at all. It’s your call.

I understand that this is a new film and that there’s got to be an audience out there. But I will say that this is a rather odd choice to get the 4K treatment. Still, if you’re going to see a child plunge into the icy waters in a Missouri lake, it’d better be in full 4K detail, no? That said, the 2.39:1 HEVC 4K image does make an impact and after comparing it to the Blu-ray counterpart, I was sold. Blacks are strong and solid, detail is spot on tack sharp and the HDR do offer a bit more in the dynamic spectrum. All of this isn’t to say that the Blu-ray looks bad, certainly it doesn’t.

Before I put the 4K disc in, I flipped the box over and glanced at the audio mix. Nope, no Dolby Atmos. That’s ok. What we have is the DTS HD Master Audio that mirrors the one found on the Blu-ray. It’s a decent mix that has a few moments that make it noteworthy. Granted, the majority of the film is dialogue-driven, but the kids underwater and the rescue scene, the experience is (for lack of a better word) immersive. So while there’s no Dolby Atmos available, it’ll be ok. Maybe if we pray for one it’ll appear?

I’ve just about said what I feel about the film in the last few sentences of my review. This is a perfectly fine film with a decent cast and I’m sure it’ll be shown at vacation bible school religiously (see what I did there?). This film wasn’t exactly my cup of tea, but the technical merits of the disc are more than fine. Why this was released on 4K is beyond me, but for those who have an interest – it’s out there.