Birds of Prey: And the Fantabulous Emancipation of One Harley Quinn (Ultra HD 4K Blu-ray) 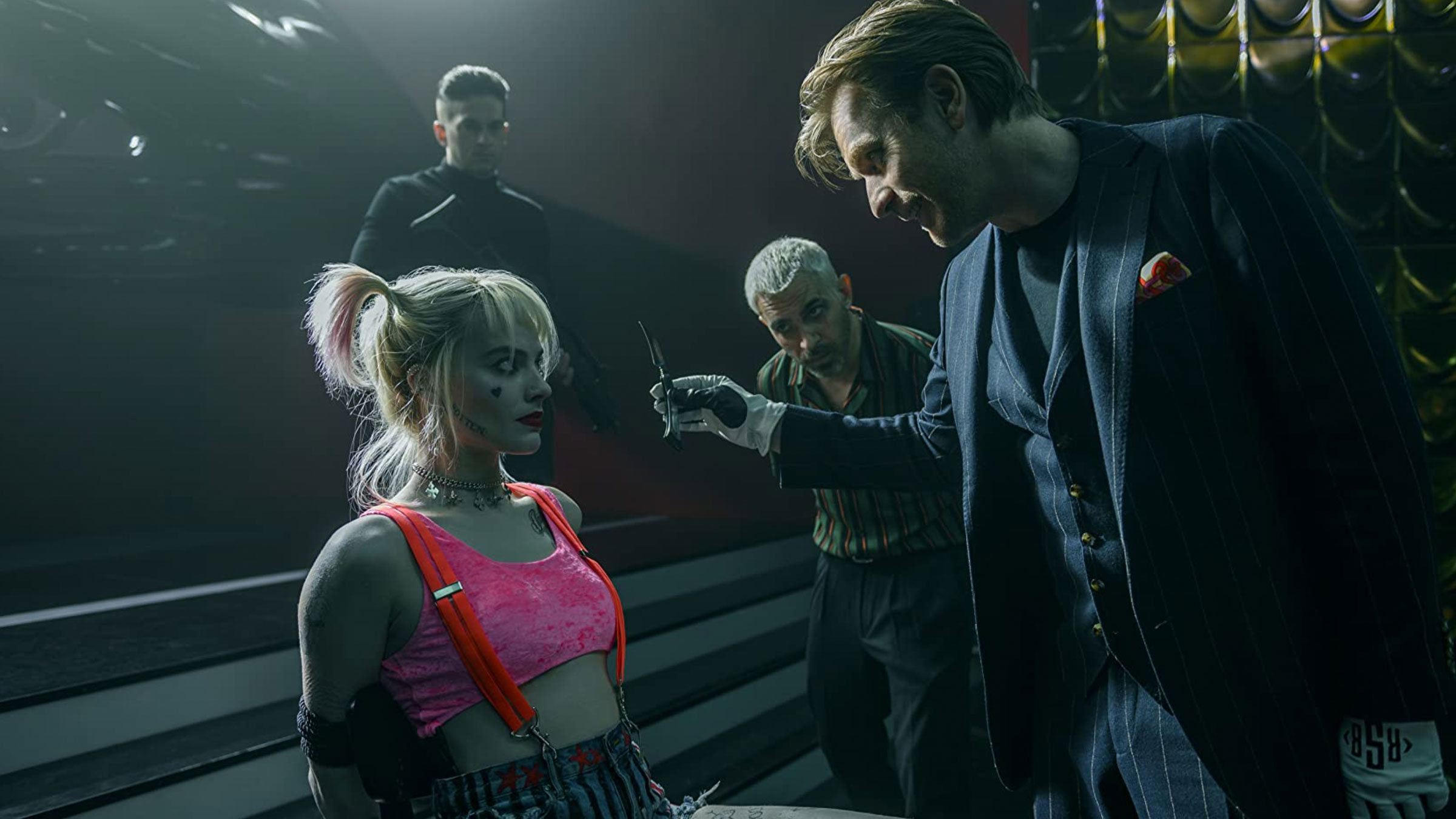 I’ve got to give the DC Universe credit – they keep trying. I’ve written about this on multiple other reviews and most likely I will again because, well, I’m just not that original. And I’m OK with that. I find it highly unlikely that the DCU will ever compare with the MCU, but they are doing their best. And, to their credit, I find that the movies are getting a bit better. We’ve had so many Batman and Superman films that it’s high time they explore some of their more colorful characters. And in this case, I really mean that. Viewers were first introduced to Harley Quinn in 2016’s Suicide Squad. There wasn’t much to crow about there, but she was the highlight. And now, wouldn’t you believe it, she’s got her own film. What are the odds? I won’t provide a rundown of what’s happened in the DC Universe, film wise, because I really don’t know what’s happened so far. The movies seem to be a lot of stand alone one-shots as opposed to working toward any one goal. But then again I don’t make the decisions for green lighting films. That said, let’s get started.

Harley Quinn (Margot Robbie) is having a bad day. She’s just broken up with the Joker (who doesn’t appear on screen) and wants to let Gotham City know that’s she’s on her own. She does this by blowing up a chemical plant (in a most hilarious way) which certainly makes a statement. But there are consequences to every action and she now no longer has the veil of protection that was provided by the Joker. Her stunt also draws the attention of Det. Montoya (Rosie Perez), who starts to investigate the case. Of note, Montoya’s partner took most of the credit for a big drug bust and has risen through the ranks of the GCPD. The real plot, if you didn’t know, is about a valuable diamond. Roman Sionis (Ewan McGregor) will stop at nothing to obtain it and we learn that Harley comes into contact with a few other colorful characters: Black Canary (Jurnee Smollett-Bell) and Huntress (Mary Elizabeth Winstead) among them. With so many characters, it’s hard to tell who’s working with or against who – and that’s part of the fun.

I believe I said in a previous review (and I didn’t look it up since I’m lazy) that if the best part of The Lego Movie was Batman, then it would make sense that The Lego Batman movie would exist. That applies here. I found Margot Robbie’s performance in Suicide Squad to be the best of the bunch, so it would make sense that they take that and apply it to a new film. They did. Since I don’t (and never had) follow the DC Universe, I don’t know how many of these characters appear in the comics. I assume all of them do or did. What I do know is that I had fun while watching the movie. And that’s the point. I’m sure one day the DC Universe will tie everything together, but in the meantime we’ll have to revel in the one-shots that are these films. And that’s fine. Just fine.

There are movies that are bland and there are movies that are colorful and then there’s this. If you want to fully utilize the entire color spectrum of your 4K television, then this is for you. Color abounds. Everywhere. It radiates in the outfits, the background, the special effects and just about everywhere in between. And it works. It fits with the theme of the film and makes it that much more entertaining to watch. Did I mention that it works? Warner’s 2.39:1 HEVC 4K image simply bubbles with everything we’ve come to expect from a new to the format film and in 4K no less. The detail is second to none, black levels, etc. you know the drill. It’s one of those movies that you have to watch a couple of times just to soak everything in. And, for the third time now – it works!

Not to be outdone, the included Dolby Atmos track makes full use of your surround sound setup. Vocals are a bit on the harsh side, but nothing that I got upset about. And if I did, who would really care? Right. Directional effects are key here as things whiz by at light speed, bouncing and echoing off anything that might get in the way. LFE have several moments to shine as well. This is a slam/bang/shoot ’em up film that’s not afraid to utilize every speaker and use it well. I found the effect almost literally dizzying, but in this case I found it somewhat acceptable. Maybe this is a movie best watched after having had a few drinks? Suffice it to say, this one won’t let the viewer down.

Birds of Prey is a good, but not a great movie. I had fun watching it but I just can’t seem to get myself invested in the DCU. I hope that will change. Still, Harley Quinn is  fun to watch and I’ve read where Margot Robbie loves playing her. I assume that will mean more films with her (in both senses of the word) in them. Warner’s 4K presentation is simply beyond reproach. It’s amazing. Sit back and relax and have a good time. Most everyone who’s seen this film did.