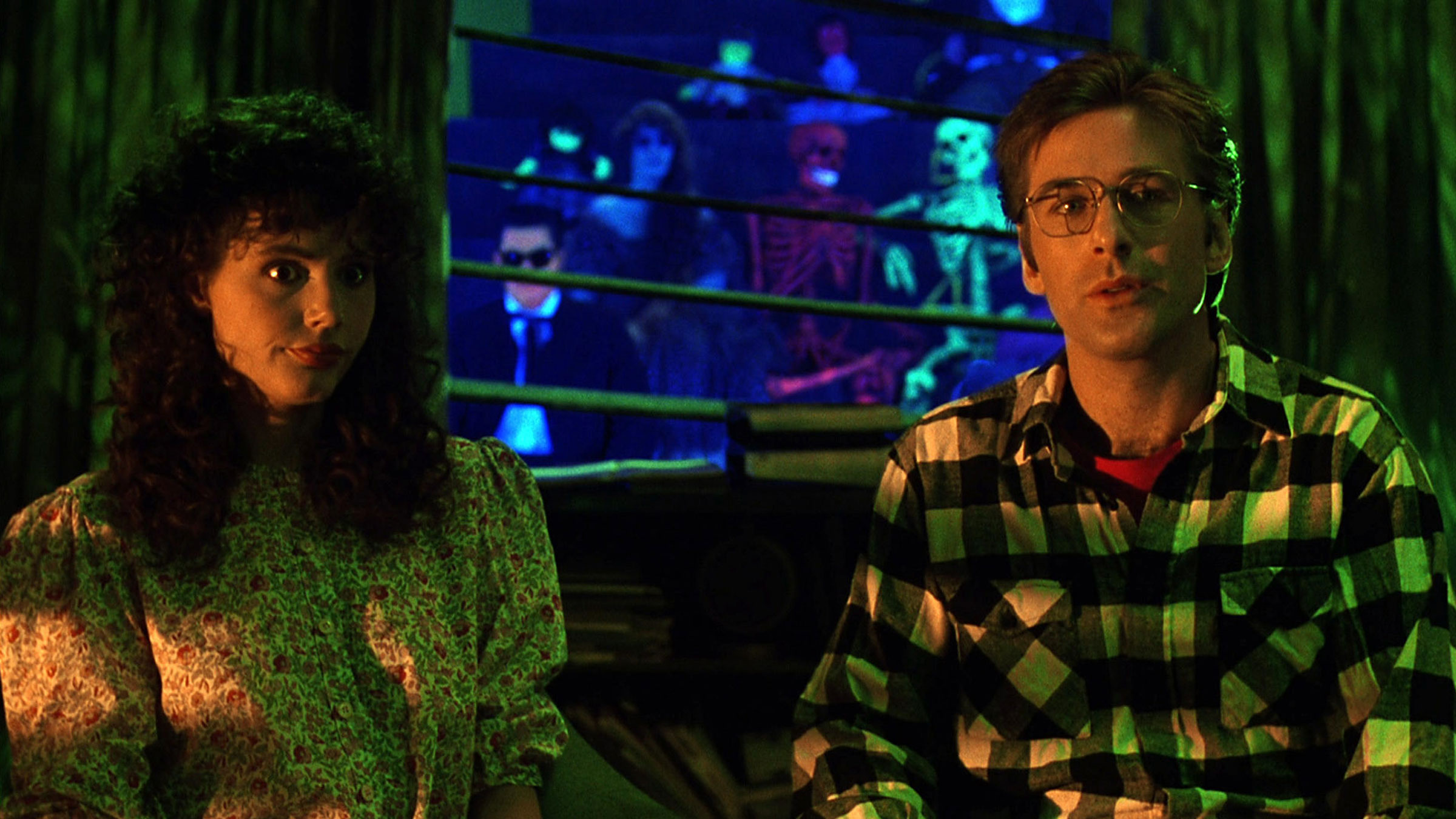 Adam Maitland (Alec Baldwin) and his wife Barbara (Geena Davis) had a good life, with simple pleasures and a lot of love to share. The couple had a nice, big house they worked on and in the attic, they worked on a scale model of the entire town, which was a sight to behold. But one trip to the store, the couple got into a car accident and both were killed. But when they wake up and they’re still in their own home, things start to get rather strange. Especially when a new family moves in, one with a mother that plans to change the house to her whims. The couple soon tries to haunt the new residents out, but they’re only ineffective, but the tenants want to create a ghost house attraction. With nowhere else to turn, Adam and Barbara agree to use a spirit known as Beetlejuice, but will he solve their problems, or create even more chaos?

This is just a fun movie. I remember seeing Beetlejuice in the theater and I have watched it countless times on various home video formats, but I never tire of this movie. A few scares, tons of laughs, and numerous memorable quotes, this movie is just a blast to watch, over and over. Michael Keaton shines even under the outlandish clothes and makeup, with a performance that never gets old and makes the most of the material. Add in Baldwin, Davis, Winona Ryder, and other gifted cast members, all of whom have been given well suited roles. The production design also stands out, with great attention to detail within a dark atmosphere, not to mention some fun special effects. Above all else, this is a funny, enjoyable movie that has a unique presence, so Beetlejuice earns a high recommendation.

It’s been a while since I sat down and watched this classic, but what better way to experience it than in 4K. And I really mean that. This movie is a visual experience! This really established Tim Burton’s creative, colorful and artistic style and it’s no better showcased than in the 1.85:1 HEVC 4K image. It blew me away. Colors pop off the screen, detail is off the charts, HDR is in full effect here – I felt like I was off set watching this movie being made, that’s how good this is! I saw no evidence of anything that could be considered a flaw. Perfect.

Beetlejuice arrives to the 4K format sporting a new Dolby Atmos mix which is an upgrade from the previous Dolby TrueHD found on the Blu-ray (also included in this set). Keaton’s raspy, gruff voice is juxtaposed by the ensemble cast. Surrounds are used often and with good intent. If you’ve ever heard “Day-O” before, this sequence will provide an aural treat for you. I detected a richness not present in previous versions of the film. It’s a great upgrade and nicely compliments the outstanding picture.

No new supplements have been included, what we have is what was found on the Blu-ray released in 2008.

Beetlejuice probably stands as my favorite Tim Burton film. It’s been a while since I saw it, but seeing it in 4K simply blew me away. The picture and sound are beyond reproach and while the lack of any new supplements was a bit disappointing, this is an easy recommendation.