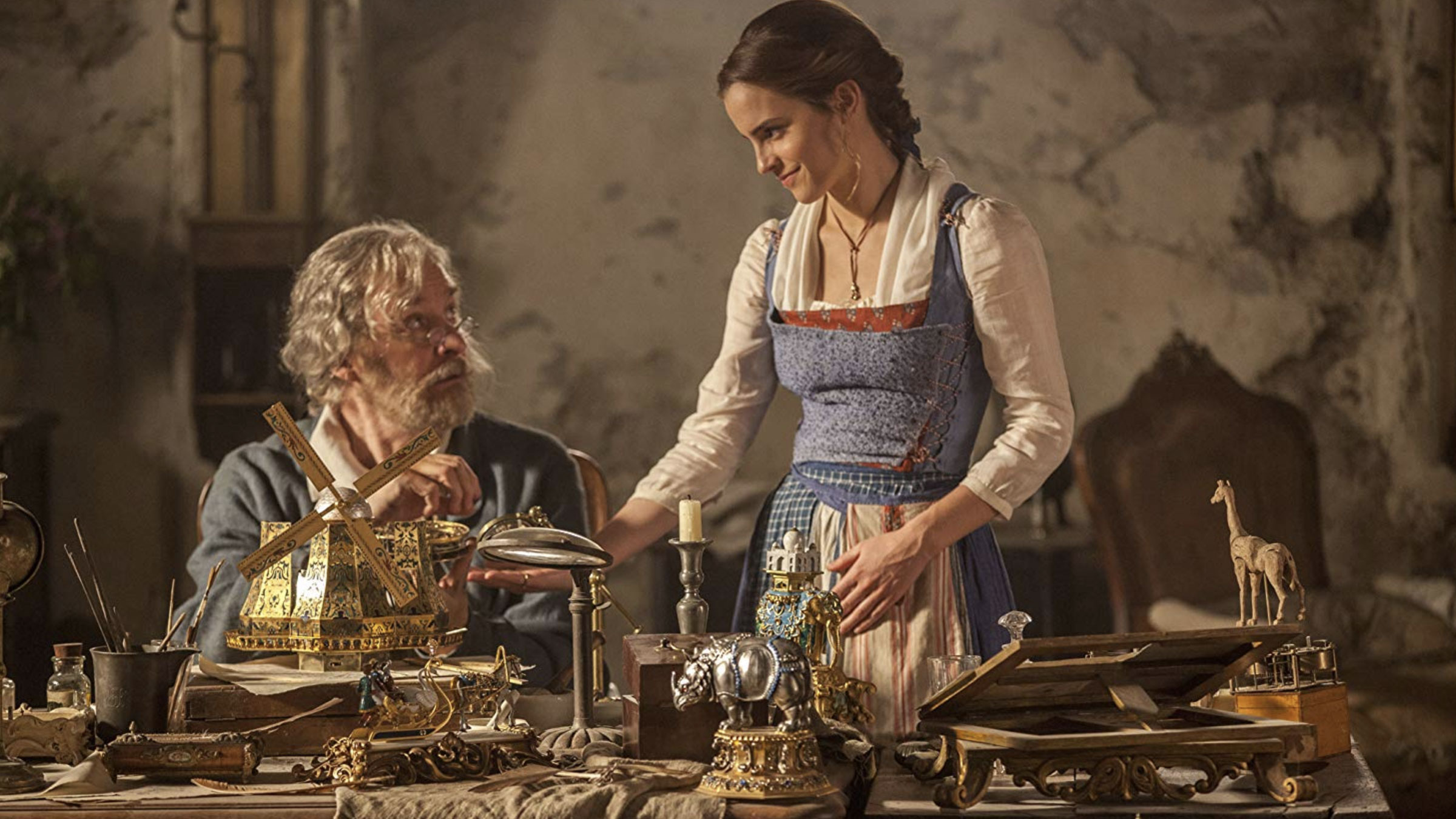 A few years ago Disney, or some studio execs at Disney, had a pretty good idea: take the animated classics that everyone knows and loves and make new, live-action films. And so we were graced with films like Maleficent, The Jungle Book and Cinderella raking in the cash. There was a bit of a misfire with Pete’s Dragon, but that’s ok.  So the die was cast and Beauty and the Beast was next up. Given that the 1991 animated film was pretty much perfect in every way, this would be a hard one to top. What, if anything do they change? I mean, if it ain’t broke…For Emma Watson it was a chance to finally shed her Harry Potter character and for Disney, a chance to get another billion in the bank. It wasn’t a question of “will it work?” more like “how well will it work?”

If you’ve seen the animated version of the film, and let’s face it – who hasn’t, not a lot has changed here. We meet an arrogant prince (Dan Stevens) who’s given a specific amount of time to find true love (in his current beast form) or else he’ll be a beast for the rest of his life. His servants are also turned into strange household objects. We then move ahead some time and meet a young woman named Belle (Emma Watson) who feels a bit out of place in her small town. We then see Belle’s father, Maurice (Kevin Kline) get lost on his way to a fair. Eventually, he’s held captive by the beast. Maurice’s horse is able to travel back to the village and inform them what has happened. At this point, Belle decides to go find her father and ultimately, encounters the beast. Seeing as how the beast simply won’t release her father, Belle strikes a deal where she will trade places with her father. Indeed, that is what happens and Belle is now a prisoner. Several of the castle’s staff hopes that Belle will be the true love of the beast so not only he, but they too will be transformed back into their human form. We then follow their relationship as the film progresses. Belle doesn’t know the stipulations of the deal (she doesn’t know that the beast will turn into a human) and we hope things work out.

Admittedly, Bill Condon didn’t deter too much from the 1991 “source material”. Even some of the shots are essentially live action versions of the animated frames. But hey, it worked. It got rave reviews. It cemented Emma Watson as a box office draw (sans wand) and it generated a ton of money for Disney. There was little to complain about. Still, we have to ask if there really was a need for this movie. Yes, with The Jungle Book – that was a major improvement. But with more live action films coming (Aladdin to name one of my personal favorites), it just seems that they’re taking the easy way out. I’m really not trying to complain as the movie was enjoyable, but when so little was changed, it was like seeing a movie that you’ve already seen a dozen times before.

Evidently Disney won’t rest until they’ve re-released every title in 4K. That’s not necessarily a bad thing, but the included 2.40:1 4K HEVC transfer leaves very little to the imagination. Broad, sweeping visuals really do give this film a more “grand” look and feel. The benefit of the 4K image gives some deeper, richer colors as well as HDR that brings a few scenes a bit more life. Then again, it’s hard to imagine it looking much better. The beast, nearly all CGI, looks realistic and lifelike. The hair, face and everything else really has a palpable texture to it. This is your typical big budget Disney film and it’s “beauty”-ful!

On the “odd” side of things, the 4K disc is listed on the back of the box as having a 2.40:1 aspect ratio, while the Blu-ray is at 2.39:1. I don’t know if it’s accurate and if it is, I don’t think anyone would notice. It just struck me as something worth mentioning.

When I reviewed the Blu-ray, I’d written that “…the addition of a Dolby Atmos track might bump this up a notch.” And now we have it. And it does. The songs sound great, crystal clear and the fill the room with ambiance. Vocals are rich and pure, surrounds are used extensively and effectively. In addition to the visuals that, as I mentioned, are “broad and sweeping” so too is the sound stage which really seems to stretch out and gives a feeling that you’re right there. And that’s the point, right?

This is your standard Disney 4K reissue. By that I mean that the previously-released Blu-ray and the associated supplements are all still there. The only thing that’s really new is the 4K disc.

There’s really nothing to dislike with this live action version of the animated classic. It’s got everything that the audience wanted, but it still isn’t the same as the animated 1991 version. This delivers the goods both looking and sounding amazing. The supplements are a bit “been there, done that” but do provide some insight on the film. It’s tough not to recommend this one.