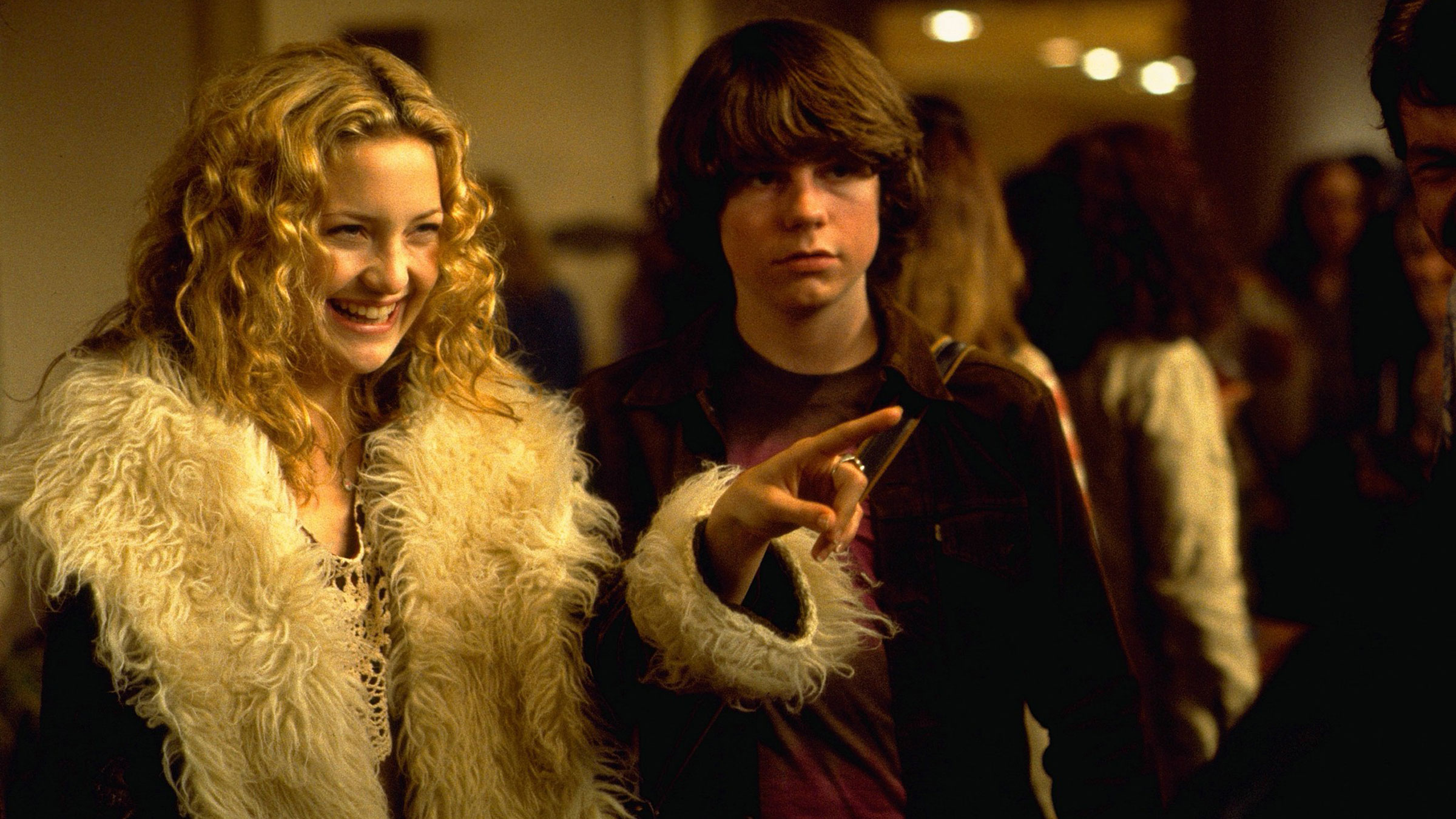 The story of Cameron Crowe is almost as amazing and interesting as is the movie, “Almost Famous.” Crowe, somewhat of a child prodigy when it came to writing, tells the story of his life in a semi-autobiographical form in one of the better movies to come around in a while. While Almost Famous concentrates on his childhood, we also have to realize that this is the person who went “undercover” in a high school for a year so he could write the novel (and later the screenplay) for the cult classic, Fast Times at Ridgemont High. Crowe, a more reclusive director, has also written and directed many of the more popular movies of our time. Movies from Grunge Rock Singles to Sports Agents who find that they have a conscience. Movies like Say Anything to Singles to Jerry MaGuire. It’s true that Cameron Crowe has a future ahead of him with writing and directing, but how hard will it be to top his latest?

Something about the 70’s has always left a sour taste in a lot of people’s mouths. It was gateway that was somewhere between the 60’s (quite possibly the most popular and ‘interesting’ decade of the last century) and the Reganomics and greed of the 80’s. Though it’s never really got the respect that it deserves, the 70’s has become my personal favorite decade when it comes to music. And wouldn’t you know it…that’s the meat and potatoes of Almost Famous! William Miller (Patrick Fugit) is a budding reporter, his older sister (Zooey Deschanel) is a wild child who’s leaving home and manages to rub off one last big of big sisterly influence on her little brother. Music. She leaves him her LP collection which he sees opening a new world for him. His ultra-conservative mother (Frances McDormand) forbids any kind of rock and roll music. Through some sort of sheer luck, William lands a job as a reporter for a local music magazine. The “been there done that” editor of the magazine, played to perfection by Phillip Seymour Hoffman, warns William of the life he is choosing, but it’s not long that he lands another “gig” at Rolling Stone magazine. This is the essence of the story. William, given immense freedom with his new assignment, is to do a cover story on the band “Stillwater”. Stillwater is a newer band starting to make a name for themselves, and it’s a good story in Rolling Stone that can either make or break their band.

The band doesn’t really know what to make of William. They see him physically as an awkward teenager, but on the other side of the coin, they see him as someone who could write a nasty article in a leading magazine. Dubbed as “the enemy” by Jeff Bebe (Jason Lee), the story takes off as the band heads out across country on their “Almost Famous” tour. Stuck right in the middle of all of this is the one and only Penny Lane (taken from the Beatles’ song, of course) played to an Oscar Nominated role by Kate Hudson. Hudson is one of the shining stars of this film and clearly proves to be a great actress. Her genes (her mother is Goldie Hawn) and natural talent/beauty only add to her flare in her role, and it’s a welcome to see her in a great movie with such a great supporting cast. Plenty of great music, great performances and a great screenplay will make watching Almost Famous a real treat. I’ve heard it reported by Roger Ebert that in twenty years Kate Hudson and Billy Crudup will be really big stars, and at that time we can look back to this movie that might have jump started their careers. Who knows if that’s true or not…but one thing is for certain, we can look at the job they did portraying the past, and if that’s any indication on how their careers will turn out; I’d say they’ll be a bit more than “Almost Famous!”

This two disc set contains two different versions of the movie, the theatrical cut as well as the Bootleg (or Untitled) cut which runs 40 more minutes. Each of these have their own disc and each has been given a new 4K restoration. That’s good news. To be honest, they both look identical as they should. The 1.85:1 HEVC 4K image manages to stir up a bit of new life in the transfer. It’s a rather earthy-looking movie, evoking some of the colors of the 70’s. There’s glam, for sure, and the increased detail and color resolution brings out the best in what this film has to offer. I tip my hat to Paramount for bringing both of these to 4K as it’d have been easy to do a restoration on the theatrical cut and just throw in the same Bootleg cut as the second disc in the set.

Unfortunately we don’t get an upgraded audio track. I can imagine that some of the songs would sound a bit better with Dolby Atmos leading the way, but alas we have the same DTS HD Master Audio mix found on the previous Blu-ray’s. That said, some of the concert scenes sound like you’re in the audience and, when you think about it, that’s the point. Dialogue carries a sharper tone with it and surrounds and the LFE seem a bit more involved. I’m all for the “if it ain’t broke, then don’t fix it” mentality, but this uncompressed soundtrack does indeed make a difference.

It’s always a good thing when new supplements are added and Paramount’s done just that. While they’re on the theatrical cut and not the Bootleg, I doubt anyone will whine too much. Oddly the one supplement on the second disc is the audio commentary. I guess the logic is that someone who’d want to listen to that would be someone who would watch the Bootleg cut? Nevertheless, there’s a lot of material here – let’s get rollin’.

Friends, this is it. It might have taken two decades for us to finally get the most definitive version of this film, but that wait is over. Not only do we get two versions of the movie, they’re both in 4K. We get new supplements as well. About the only thing missing is a Dolby Atmos soundtrack, but I’ll let it slide – what we get is so much more than that. This is Criterion-worthy from Paramount. Well done. Add it to your collection, ASAP.