Like every parent in America (and likely the world,) my wife and I try to find good entertainment choices to enjoy with our children. The key to a good family film is that it must manage to entertain the young kids and simultaneously avoid irritating the parents. This is a surprisingly difficult task. This week I watched the new family film Abominable with my wife and two boys.

Abominable is an animated film that tells the story of teenage girl Yi (Chloe Bennet) who lives in China with her mother and grandmother. Her father had died, but not before he instilled in her a passion for violin. Yi works numerous side hustles to try to save up money so that she can see the numerous places outside the city that her father had shown her in postcards. When she goes on her rooftop to practice violin, she finds a wounded Yeti on her rooftop. Yi makes it her mission to return him to Mount Everest. She names the Yeti “Everest” and enlists two friends named Peng and Jin from her apartment complex to help her. The Yeti is pursued by a wealthy animal collector named Mr. Burnish (Eddie Izard) and his assistant Dr. Zara (Sarah Paulson.) Everest had escaped from a guarded facility that they owned. As the children and Everest make their way to Mount Everest, Yi begins to see many of the sights that her father had on his postcards and discovers some of the Yeti’s magical powers. The friends become more tight knit along the way.

Abominable is a modestly engaging children’s film. There is really nothing special about it, but it was pleasant. My boys enjoyed eating popcorn with my wife and I while watching the movie. One aspect of the film that I enjoyed was the lack of potty humor. The film’s animation style is not very exciting – the computer graphics can’t compete with the imagery of a Disney film. Like the story itself, it felt like the style played it safe and was just a little boring. I found myself staring at my phone and sometimes thinking, “was this just a play at selling more tickets to filmgoers in China?”

While it is likely to bring out yawns from the parents (and sometimes laughter when it inexplicably uses the song Fix You by Coldplay,) my two boys stayed engaged with the movie until the end. The film is pretty forgettable but for parents that have already inexplicably drained the entire Disney Plus library, this is a safe bet for an easy night with the kids.

Presented in 1.85:1 aspect ratio in upscaled 4K UHD, Abominable looks good, but not exceptional. The film’s visual style is just not engaging enough that I feel it would be worth spending extra money to upgrade from the Blu-ray disc. Visually, the film is not stylistically very detailed. This is not an essential disc for your UHD library by any stretch of the imagination.

The audio presentation on Abominable is well done. The Dolby Atmos track delivers good fidelity to the musical arrangements in the film, including the two uses of the Coldplay song Fix You. While not by any stretch of the imagination the best Atmos track out there, the quality was true to its source.

Abominable is a very forgettable film, but it is also not bad for a family film. While the film is stylistically flat and its story cliche ridden, the absence of pity humor made the film feel surprisingly light. My two boys stayed engaged as we watched the film, so it obviously got the job done that it was attempting. This is by no means a classic, but I wouldn’t avoid it like the plague like some of the other family movies out there. The UHD presentation is nice, but basically unnecessary. If you have the Blu-ray, I would not recommend upgrading. If you haven’t seen it, this is more of a rental than a recommended purchase. 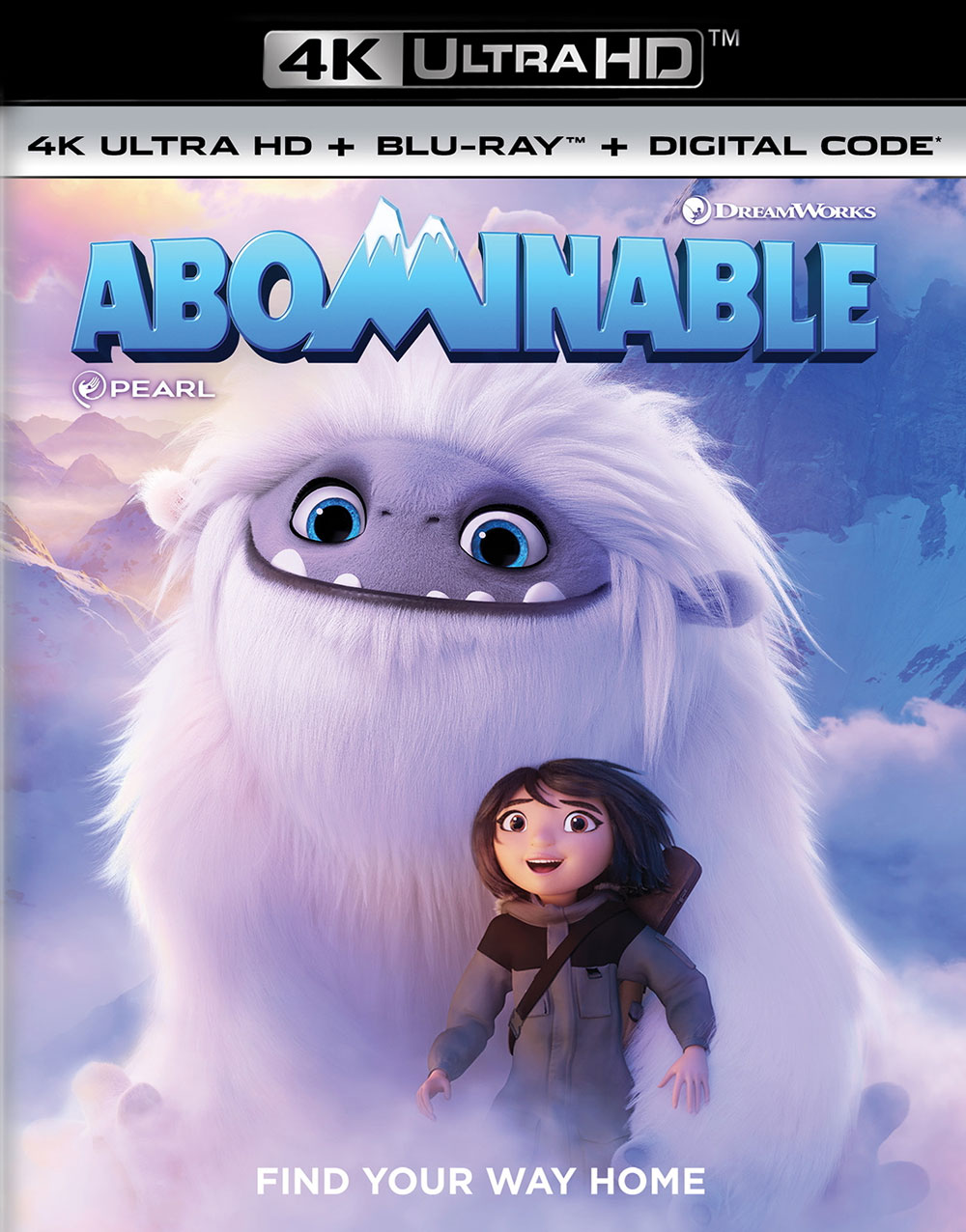