A Beautiful Day in the Neighborhood (Ultra HD 4K Blu-ray) 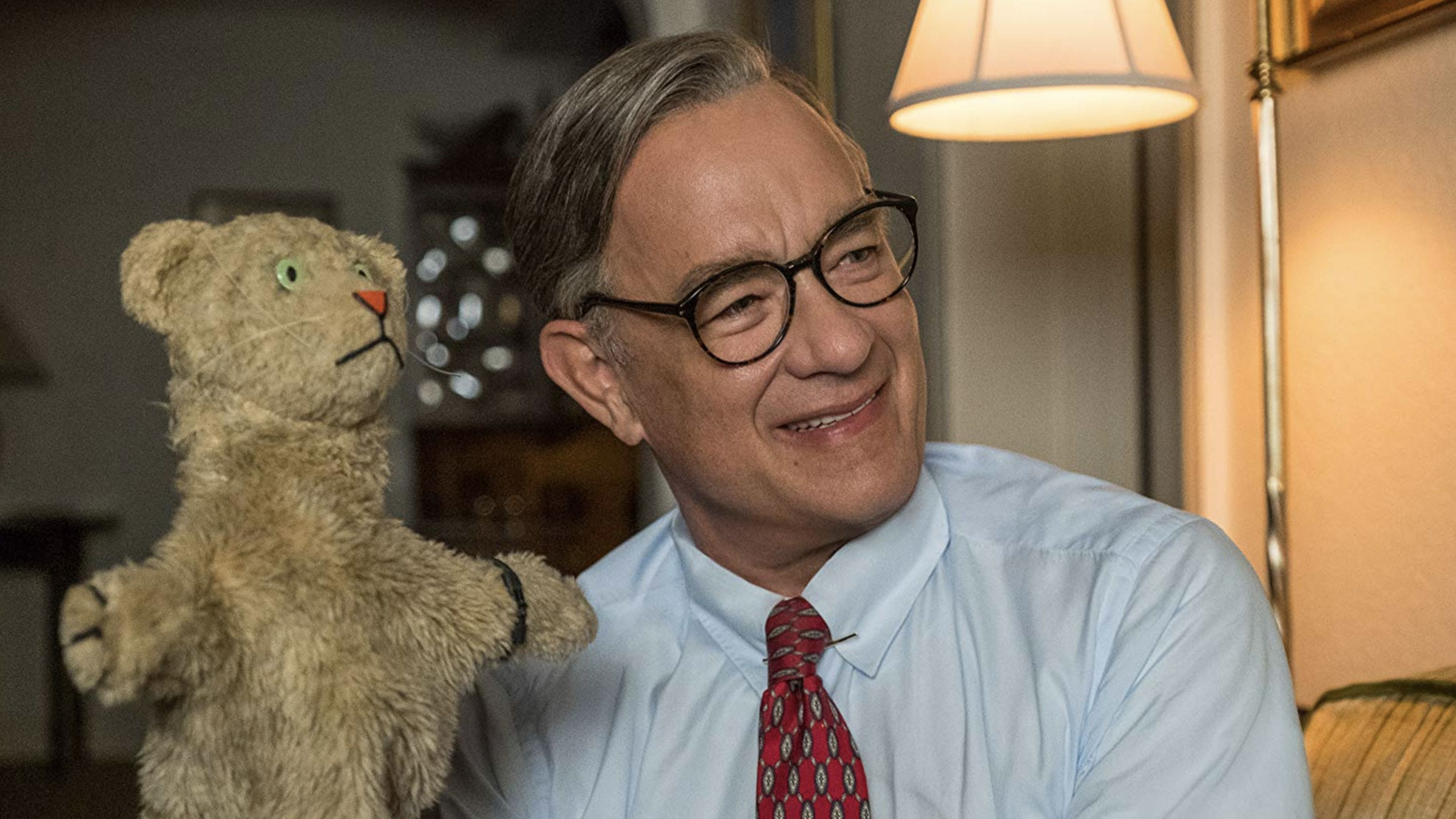 I wrote in my review for Won’t You Be My Neighbor, that I hadn’t thought about Mister Rogers Neighborhood in about three and a half decades (until my viewing). But watching the documentary really opened my eyes to how amazing this man was. Not only did he give hope and inspiration to a generation (or two) of kids, but he fought for their rights and brought justice and equality to the forefront. And if ever there were a working actor who could hold a candle to Mr. Fred Rogers, it’s got to be Tom Hanks. Not only does Hanks have an uncanny likeness to Rogers, but his on and off screen persona simply scream “I’m Mister Rogers!” So let’s take a trip down memory lane. Take off your shoes, put on a cardigan (if you have one) and grab a cup of tea.

We meet a writer for Esquire Magazine, Lloyd Vogel (Matthew Rhys), who’s gained a reputation for writing some pretty interesting pieces. Though he excels at the written word, his life outside journalism is a bit of a rocky road. His wife (Susan Kelechi Watson) and baby, he tends to focus on the negative side of things. He’s got anger issues with his father (Chris Cooper), who abandoned the family when Lloyd was a boy. Lloyd’s editor assigns him to write a profile on Fred Rogers (Tom Hanks). He’s immediately doubtful that Rogers’ off screen persona is nearly identical to that of his show. But Fred Rogers has a way of turning the tables and getting Lloyd to talk about his feelings. They form a genuine connection and Lloyd begins to look at the world around him, as well as his relationship with is dad, in a new light.

Like Lloyd, I was somewhat dubious about this film. I’m of the old adage “if it ain’t broke, don’t fix it.” That rule is something that Hollywood has never bothered to abide by. Granted, the casting of Tom Hanks was spot on and I enjoyed Heller’s last film, Can You Ever Forgive Me? immensely. Still, when the subject of a film is one of the most highly-respected men to ever appear on television, you better get it right. And, guess what, they did. Hanks was the film’s lone Oscar nomination and he lost to Brad Pitt who won for his work in Once Upon a Time in…Hollywood. Still, don’t let that sway you – it’s a great film and a wonderful tribute to one of a generation’s idols.

Sony consistently puts out some of the best-looking films in 4K.  A Beautiful Day in the Neighborhood, being a new to the format release, follows that trend but there are a few caveats we’ve got to deal with first. The majority of the film is presented in 1.85:1 and the HEVC 4K image has a very clear, naturalistic look and feel to it. Colors pop, detail is clear (though not as clear as I’d like it to be) and the addition of HDR gives a bit more contrast and depth to the picture when compared to the Blu-ray counterpart. The television segments are filmed in standard definition and are, of course, shown in a 1.33:1 format. It’s to give that retro appearance as the episodes originally appeared “back in the day.” The clarity that we’ve come to expect from a 4K title isn’t there with those scenes, then again that’s the way it was intended to look. It’s a bit odd, to be sure. That and the film is “IMAX Enhanced” which essentially means that they put a DTS:X track on there and gave the image a DNR’d softer look to it. Who’d have thought that all of this would go into making Mister Rogers presentable in 4K?

Don’t let the DTS:X moniker fool you, this isn’t one that’ll blow the roof off the place. Quite the opposite, actually. Don’t get me wrong, it sounds good with sharp, crisp vocals and an ambient soundstage that has a few “moments.” But, by and large, this is a dialogue-driven film that isn’t trying to win any awards for sound. The addition of a DTS:X track was so that it could be shown in IMAX and such. There’s really not a lot more to offer here, viewers certainly won’t be disappointed but don’t expect something along the lines of Avengers: Endgame.

If you’re looking for a double feature, watching this and then Won’t You Be My Neighbor (in either order) would certainly brighten one’s day. Hanks takes a rare supporting role, but manages to portray the legendary TV icon with the greatest of ease. Sony’s disc has enough supplements to warrant a purchase and, naturally, looks and sounds the part.