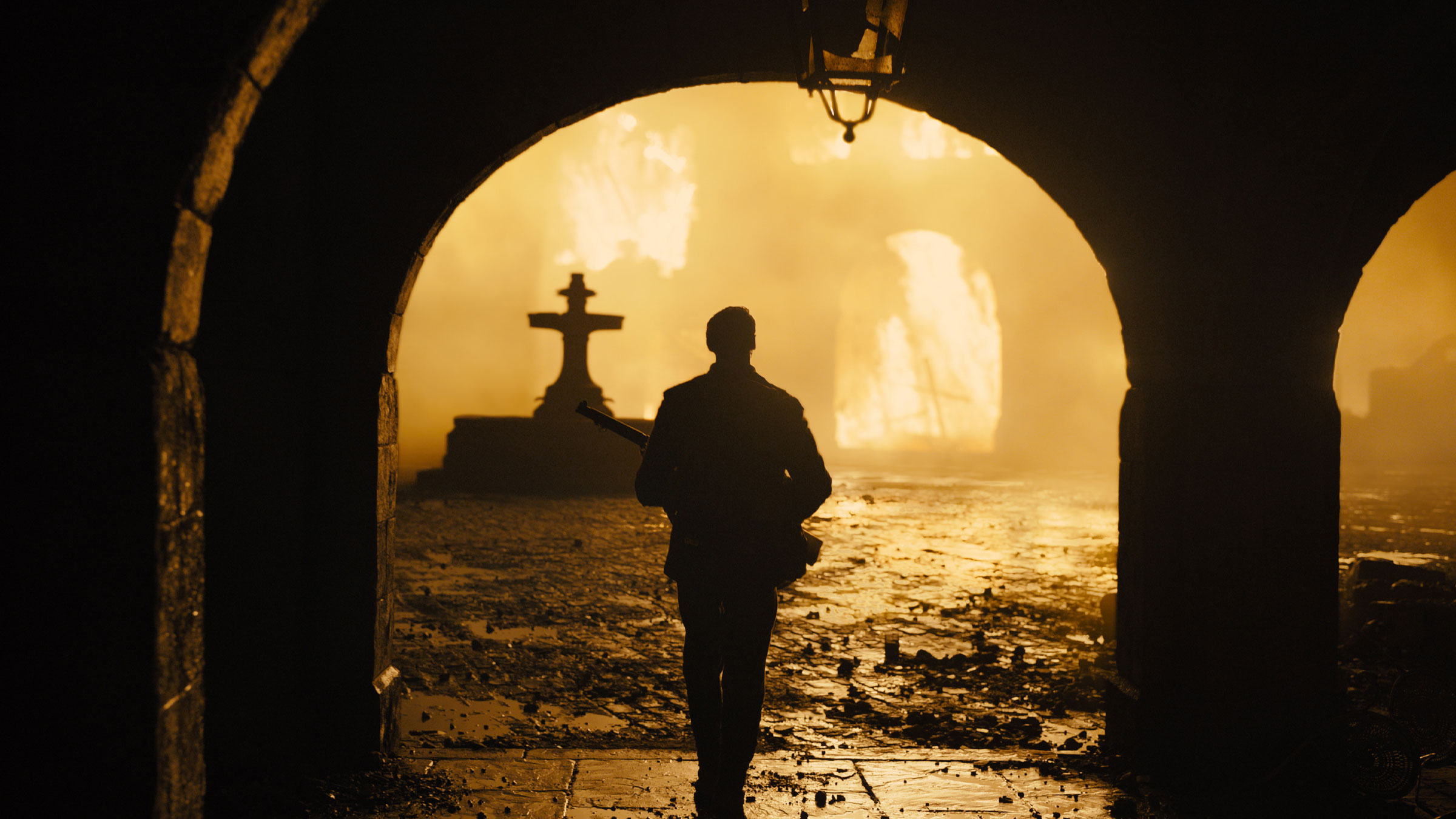 I keep thinking about some of the supposed “bad days” I’ve had in my life. But, “bad” as they were, they never really can compare to something that George MacKay’s character goes through in 1917. I might have gotten fired from a job, had a car accident or had an argument with a friend or family member, but I’ve never had to crawl through mud, see my best friend get stabbed by the enemy or had to be dug out of a pile of rocks that collapsed on me (after a bomb went off). So, what I’m saying is that it’s all subjective. But less about that and more about the film. It was nominated for 10 Academy Awards and walked away with three (Sound Mixing, Cinematography and Visual Effects). It was touted to win some of the more major ones, but Parasite took most of those. I’m somewhat a fan of war movies, but more so a fan of Sam Mendes. Add it all up and I was excited to see the film as well as the “one shot” approach that worked so well in Birdman.

The plot is relatively simple as we meet two soldiers: Lance Corporal Schofield (George MacKay) and Lance Corporal Blake (Dean-Charles Chapman) who are ordered by Gen. Erinmore (Colin Firth) to deliver a message. They’re to get word to Col. MacKenzie (Benedict Cumberbatch) to stop the troop advancement against the Germans. If they fail, 1600 men will be walking (or marching) into a trap. This also includes Blake’s brother (Richard Madden). And that’s it. But as we all know it’s the journey and not the destination that matters. We follow the duo through as they manage to elude obstacle after obstacle.

There was something that I almost instantly connected with in this film. I can’t find a way to express it, but it just spoke to me. That’s odd to say, certainly. But I really enjoyed the approach that they took. The one shot technique of this film might seem like a gimmick, but it does work here. It creates a higher, more palpable tension that elevates the film to another level. This is discussed in detail in a few of the included features and how the more traditional war movie differed from what they did here. This brings you right into the action and heightens the intensity. It works. Yes, it really does.

The film is visually stunning. And that’s saying something for a movie that spends most of the time crawling through mud and human remains. It’s no secret that this “one shot” film does have a few cleverly placed edits, but while watching the features it was amazing to me how they did it. The use of the camera, the smallest one to date, could be placed on gimbals, trucks and even give that “drone” effect from higher in the sky. This is a credit to Academy-Award winning Director of Photography Roger Deakins, who really knocked it out of the park. With the 4K image, we can expect some deeper blacks, brighter whites though the most prominent color would be brown. Still, this is a visual marvel that begs to be seen.

Universal’s Dolby Atmos soundtrack pulls no punches. I was amazed at how even some of the scenes that were supposed to be “soft” still carried an impact. We run the gamut – LFE are highly involved in some of the earlier (and later) scenes, surrounds are constantly adding some extra “oomph” to selected scenes (including an unforgettable one with a rat). Vocals are pure, rich and crisp. Grizzled, raspy voiced permeate giving the film even more of a sense of authenticity. Add to this Thomas Newman’s Academy Nominated score and you’ve got yourself a winner.

Admittedly, I had some preconceived notions about this film prior to seeing it. I shouldn’t have, though, as I’m usually a fan of Mendes’ work. The movie flows. I really enjoyed it and I also feel it’s one of the better war movies – right up there with Saving Private Ryan. The “one shot” thing isn’t a gimmick. It works. If anything, it draws you closer in and makes you feel a bit more. Universal’s disc has reference-quality audio and video and is an easy recommendation.