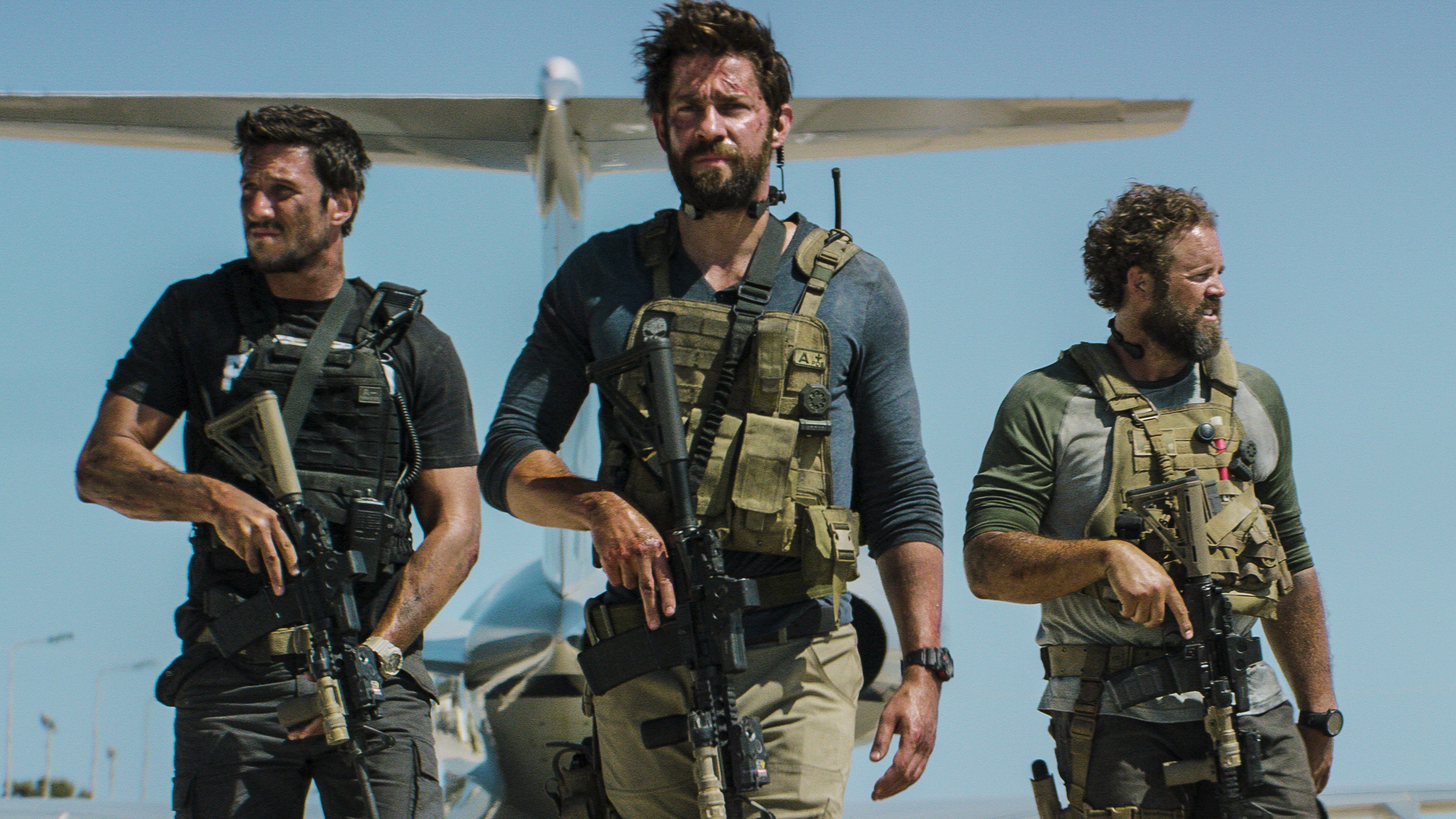 Politics is a topic that holds very little interest to me. I’ve said it before and I’ll say it again. I have close friends who know this yet still continue to ramble on about them, despite me continually saying that I have no comment. Add this to the fact that Director Michael Bay is far from my favorite director working today. He’s made some enjoyable films, most recently with Pain and Gain, but the stench from those overlong Transformers films still lingers in my mind. I turned down a couple invites from friends when they asked me to go see 13 Hours with them for this very reason. Politics and Michael Bay? No thank you. Needless to say, when asked to review this film now, I was less than enthusiastic. I’ve come across a few online reviews from writers that I typically agree with that actually enjoyed this film. It got me a bit more optimistic, but still… this just didn’t seem up my alley. I’m happy to report that the film turned out rather good, actually. I won’t say it has me looking forward to more of Bay’s work, but I’m slightly more hopeful. Maybe he can put those irritating robots to rest and focus on a different variety of films.

It should be stated that Hours takes us directly into the action (no surprise for a Michael Bay film). It avoids looking at the other side of the issue with Benghazi and the Hillary Clinton issue. While I think that side would’ve made for an interesting film, I don’t think it’s the sort of film that Bay wanted to make. I’m also glad that politics were mostly left out of this film. While we learn some of the actual events on which the film is based, its primary goal is to give us endless amounts of action and explosions. Depending on how you feel about that, you’ll either really enjoy the film, or be really turned off by it. I can see both sides of the argument, but I was more than willing to go along with the ride here. Any time you have a film such as this, based on true events where we know the outcome, it can certainly be a challenge. Still, I found myself reasonably engaged with the events depicted here. For me, not being overly familiar with the specifics of the story also helped matters. The story takes place in 2012 and Jack Silva (John Krasinski) leads the group through the attack. There are several other characters who are introduced at almost a breakneck pace, but we care enough about them that it doesn’t become a problem. Krasinski has never been my favorite actor, but he more than holds his own here. I had no problem buying his character. There are a few quieter moments that, while familiar, still add emotion. We’ve seen the phone calls to and from the wife of main characters before, but here it resonates because it doesn’t feel like we’re being manipulated. The film does run a bit long, but Bay does a good job at keeping the action moving. It might not be his best film, and might lack a lot of replay value, but 13 Hours proves to be a solid flick.

This must have been an easy 4K release for Paramount as the video is the only thing that’s different from its Blu-ray counterpart. Essentially everything that was said in our original review of the Blu-ray holds true here. There’s a lot going on in this film and it encompasses a lot of different styles of shooting and, thus, we get a pretty varied and diverse series of images. Shadows play a big part here, the matted hair and facial hair of the main characters, spaces between the buildings and so forth. About the only benefit of this over the Blu-ray is a bit better contrast and the HDR. But, honestly, this doesn’t seem to be a night and day difference as the Blu-ray earned our highest score. Does it look better? Yes. But do you need 4K? No.

Given that the original Blu-ray (also included in this set) featured a Dolby Atmos track, there’s nothing really to add. And I feel like I run out of adjectives to describe audio tracks sometimes, but the track here also satisfies. It never lets up as there’s always something happening in the film. It just might knock a picture off the wall if you have it too loud. Vocals are clean and crisp with no issues either. The bass kicks in several times and all the channels remained active. Like the transfer, this track will please all.

I won’t say Michael Bay has won me over, but I did enjoy this film. While we get endless amounts of action, the film still shows a slightly more restrained side of the director. I appreciated that it wasn’t heavy-handed and drowning in politics as well. It simply throws us into these events and goes from there. It comes recommended. As for this 4K version, I’d say skip it. The original Blu-ray can likely be found on sale or in a bargain bin at Best Buy for $5. Unless you feel the need to have this on 4K, I’d stick with what was already available.